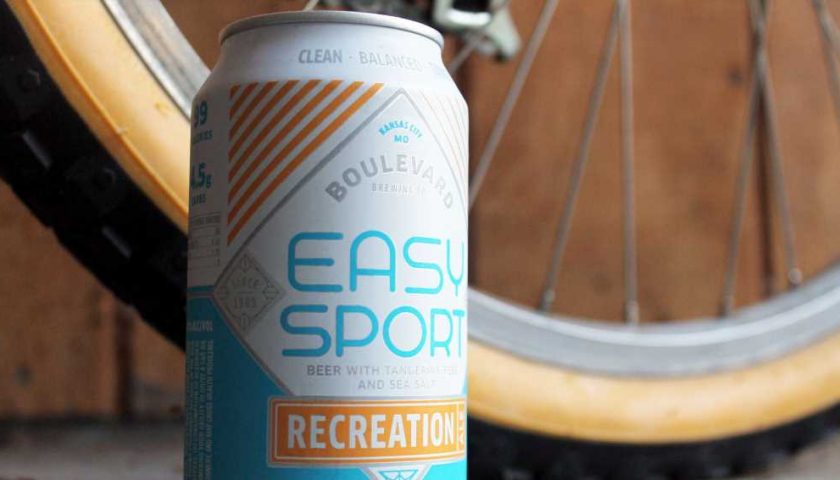 Beer Me! delivers quick beer recommendations with all the information you need to know—and nothing more. No geeky beer-brewing terminology. No bottles you have to age five years before you can enjoy them. No bull. Just read up, then crack one open.

There’s been a deluge of “healthy” options flooding the beer market. Many of them sell themselves on the idea that a low-calorie, low-carbohydrate, acai-infused beer is exactly what you want after a hard workout.

These brewers must not go on long rides or marathon training runs because the last thing you want after a grueling battle of body against will is a freakin’ 2.5% ABV kölsch brewed with bee pollen, turmeric, and chia seeds. Sweat-drenched weekend warriors deserve double IPAs, bourbon-barrel-aged scotch ales, and cherry pie milkshake beers.

But let’s be honest, not every workout is hard. Boulevard gets this. While they add some electrolytes during the brewing process of Easy Sport, Boulevard doesn’t brag about it. They toss in a little tangerine peel and some salt, too, but the taste of the beer doesn’t boast about either. Easy Sport still tastes like beer—not like what most of these new “healthy” beers actually taste like: glorified seltzers.

Pairs Well With: after a ride around the neighborhood on a commuter bike, or after three nine-minute miles on the treadmill, or after a color run or zombie run or mummy run or vampire run or a swamp thing run, or even not a run or any exercise at all