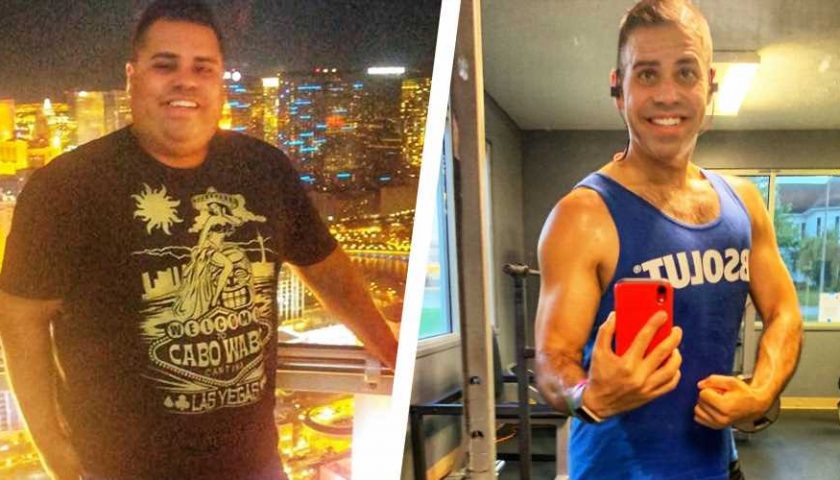 “You cannot waste your life away because of food. There is more to life,” Jake Sikora told himself. A 38-year-old commercial loan officer from Indianapolis, Indiana, he’d been a chubby kid growing up, and after college, with too much fast food and almost no physical activity, he saw his weight climb.

He started avoiding the scale and refusing to look at himself in the mirror. Daily tasks were a challenge—things like tying his shoelaces or climb a flight of stairs. He constantly felt tired, and he disliked how he looked. He shopped online for clothes because otherwise he couldn’t find anything to fit him. Embarrassingly, he was told he was too large to ride a rollercoaster. And finally came the day when his doctor told him he had high blood pressure, diabetes, and sleep apnea. He was 35 and weighed 326 pounds.

That forced Sikora to confront himself and his relationship with food. He’d tried to lose weight before, with little success. He looked for help, and walked into his first WW (formerly Weight Watchers) workshop. There he learned how to focus on small, sustainable changes that would add up over time.

He started by walking around the neighborhood with his dog. “It didn’t feel like working out and it was something I enjoyed doing,” he says. He’d never really thought of exercise as something he could enjoy. Once he got acclimated, he started going to the gym, doing 30 minutes of cardio three times a week. Today he’s up to an hour in the gym, six days a week, doing a mix of cardio, weight training and core exercises.

Finding activities he could enjoy helped him stick with his regimen, but he also says, “I have learned discipline is more important than motivation. I view exercise just as important as going to work, getting dressed in the morning, or brushing my teeth.” It’s simply a non-negotiable part of his routine now. “I have realized that I am a priority in life,” he says. “Not only for myself but my loved ones—I need to be healthy.”

He started slimming down in February 2017, and reached his goal weight in July 2019. All told, he’s lost nearly 140 pounds. “I feel the best I’ve ever felt,” he says. “I have new leg on life.” The changes haven’t been just physical; he says, “The best transformation has been internally. I have more confidence and self-love than I ever have before.” He has a newly positive outlook on life. 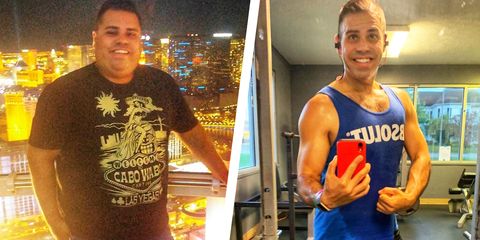 Now, even though he never considered himself an athlete before, he’s become an avid runner. He’s run 28 races since 2017, including 5 and 10ks, and half marathons. He plans to complete a mini triathlon soon, building on his success so far.

Looking back, Sikora wants to remind people it all begin with baby steps. He wanted to be healthier but didn’t know where to begin, so he started small. “Start with small changes and build up from there,” he says. “You will be surprised by how small changes will create big changes.”