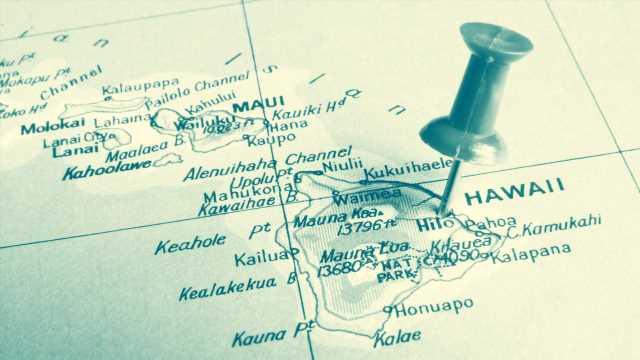 Multiple cases of angiostrongyliasis, also known as rat lungworm disease, have been confirmed in Hawaii, according to a statement from Hawaii’s Department of Health released Thursday.

Three people who picked up the disease in Hawaii were visiting the state from the US mainland. The travelers were infected with the parasite that causes rat lungworm disease.

One of the travelers visited Hawaii in December 2018 and fell ill after eating a slug on a dare—but this person did not require hospitalization. Another traveler fell ill in January and also didn’t need to be hospitalized. It’s unclear how this second traveler became ill, but according to Hawaii’s health department, the person recalls consuming many homemade salads during their vacation. A third individual fell ill in February and had to be hospitalized.

“The individual likely became infected while ‘grazing,’ or eating unwashed raw fruits, vegetables, and other plants straight from the land,” the statement says. In addition to the out-of-state visitors, three other people have contracted rat lungworm disease from Hawaii this year.

The health director at Hawaii’s health department, Bruce Anderson, said in the statement, “It’s important that we ensure our visitors know the precautions to take to prevent rat lungworm disease.”

So how can you get rat lungworm disease? Through a chain of events, really. Here’s how it works: The parasite that causes the disease it is found in rodents. Infected rodents pass the larvae of the lungworm in their feces. Snails and slugs can pick up the parasite when they consume the worm larvae. People, in turn, can become infected when they eat raw or undercooked snails or slugs or unwashed produce.

Department of Health officials recommend following a few simple rules to avoid being infected by the parasite that causes rat lungworm disease. First, make sure to wash any fruits and vegetables you plan to eat with clean running water. You should be particularly careful about leafy greens. By washing these foods properly, you'll remove any tiny slugs or snails.

Additionally, the Department of Health advises that you “control snail, slug, and rat populations around homes, gardens, and farms.” Make sure you clear debris in areas where these creatures might be hiding, and use traps and baits to rid your living areas of them.

You should also inspect produce from any source—whether it be a local retailer, backyard garden, or farmer’s market—and wash and store it in a sealed container.

If you’ve visited Hawaii lately and haven’t followed these rules, don't panic: The CDC says that most infected people fully recover without treatment because the parasite cannot survive long in the human body.