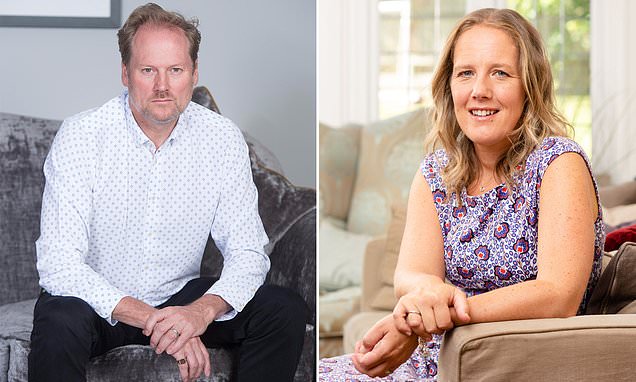 Why are sepsis patients not being warned about its shattering after-effects? From memory loss to aches, insomnia and depression, survivors are often not told it could take months to fully recover from deadly condition 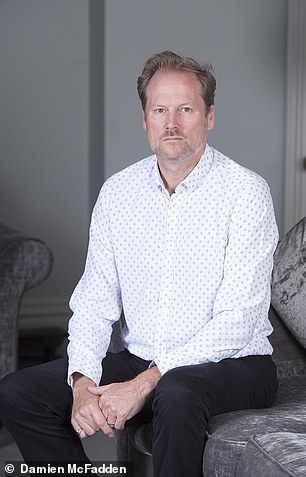 Mark Stock, 56, from Bedford, suffered from post sepsis syndrome after he was seriously ill with a streptococcus infection in February 2015

Shivering uncontrollably on a night out, Mark Stock thought he must be coming down with flu.

‘I just couldn’t get warm, so I called my wife and asked her to get some hot soup on for me,’ 56-year-old Mark recalls.

‘But by the time I got home, I’d developed hot sweats and had lost my appetite so I went straight to bed.’

The next day, feeling slightly better, Mark drove from his home in Bedford to a training workshop 50 miles away, but by 11am was feeling dreadful again.

‘I still thought it was just a bad case of man flu,’ recalls the father-of-two, who is a partner in an accountancy firm. ‘I’d never really been seriously ill before, but this time I drove home, went to bed and spent the weekend there.’

By Sunday night, he looked yellow and his wife Christine, 60, got him to make an appointment with his GP for 8am the following day.

‘I’d never felt so ill and was becoming very weak,’ says Mark. ‘I had aching joints and uncontrollable shivering.’

Mark’s GP said the shivering was the rigors — a symptom of an infection and high fever. She sent Mark immediately to the local hospital’s critical care unit.

A team was waiting for him and he was put on an antibiotic drip while they waited for the results of blood tests to find out what type of infection he had. 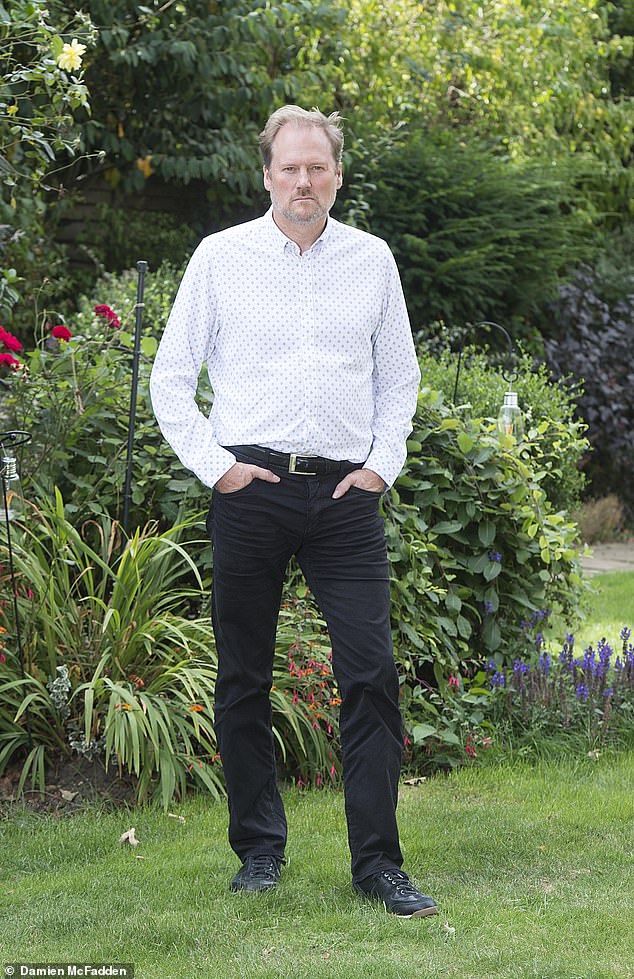 When Mark, pictured now, left hospital in February 2015, he was extremely weak and tired. His joints were painful, and he couldn’t work full-time for four months

Mark spent the next three days in hospital, in a delirious state, as his body tried to fight off the infection.

‘My joints were swollen, I was confused and felt very wobbly,’ Mark recalls. ‘I was on so many painkillers and antibiotics I felt completely spaced out.’

After three days he was diagnosed with a streptococcus infection. ‘I have no idea where it originated but I had scratched myself while gardening and streptococcus is found in soil,’ he says. ‘I was given different antibiotics, and after five days I was discharged.’

At the time, no one mentioned to Mark that the cause of his symptoms was sepsis, a life-threatening condition where the body’s immune system goes into overdrive in response to an infection, resulting in tissue damage and, in severe cases, organ failure and death. 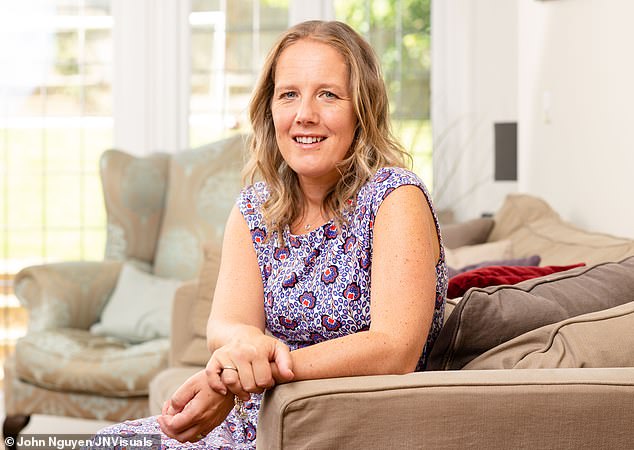 Sarah McCandless, 41,pictured, who lives in Hayes, Kent, was in hospital for nine days after sepsis took hold. She was later told the condition may have caused a heart problem

Symptoms include uncontrollable shivering, a high temperature, and sometimes vomiting and diarrhoea.

Thanks to an awareness campaign, which the Mail has championed, more people are now surviving as symptoms are diagnosed and treated earlier.

However, the lack of information meant that Mark was unprepared for the devastating after-effects. When he left hospital in February 2015, he was extremely weak and tired. His joints were painful, and he couldn’t work full-time for four months.

Sepsis occurs when the body reacts to an infection by attacking its own organs and tissues.

Some 44,000 people die from sepsis every year in the UK. Worldwide, someone dies from the condition every 3.5 seconds.

Sepsis has similar symptoms to flu, gastroenteritis and a chest infection.

Symptoms in children are:

Under fives may be vomiting repeatedly, not feeding or not urinating for 12 hours.

Anyone can develop sepsis but it is most common in people who have recently had surgery, have a urinary catheter or have stayed in hospital for a long time.

Other at-risk people include those with weak immune systems, chemotherapy patients, pregnant women, the elderly and the very young.

Treatment varies depending on the site of the infection but involves antibiotics, IV fluids and oxygen, if necessary.

He also suffered problems with memory and concentration, and he worried he needed psychiatric help. ‘Things just didn’t come to me as they did before,’ says Mark. ‘I’d forget colleagues’ names, leave keys behind or forget to put things in my briefcase. I wondered if I was losing it.’

In fact, Mark was suffering from post sepsis syndrome (PSS), a collection of symptoms that affects around a third of sepsis survivors. Symptoms include memory and cognitive problems, depression, lethargy, chest pain, insomnia, dry skin and nails, poor appetite and excessive sweating.

‘Sepsis is a whole body attack and all the organs are affected, which is why PSS symptoms are so wide-ranging,’ explains Dr Ron Daniels, a consultant in intensive care medicine at Birmingham University Hospitals Trust and chief executive of the UK Sepsis Trust charity.

Yet many patients are not being warned of PSS or offered the support they need to deal with the long-term side-effects.

‘We need better education for GPs, pharmacists and community nurses because they are the professionals who see people with symptoms afterwards in the community,’ says Dr Daniels.

‘We need more rehabilitation, including physiotherapy, nutritional advice and counselling, and a national register of sepsis survivors to find out what the long-term effects are.

‘There is no NHS resource for providing rehabilitation to sepsis survivors and this has to change.’

Six months after his hospital stay, Mark contacted the Sepsis Trust for advice.

‘It was only then that I became aware of post sepsis syndrome,’ says Mark. ‘Yet according to experts, there could be in excess of a million sepsis survivors in the UK who have this.’

‘Sometimes, they are unaware they are even connected to sepsis and lots of doctors don’t recognise PSS,’ he says.

While the symptoms of PSS can be varied, 71 per cent of those affected experience significant fatigue. Other common symptoms include muscle and joint pain. 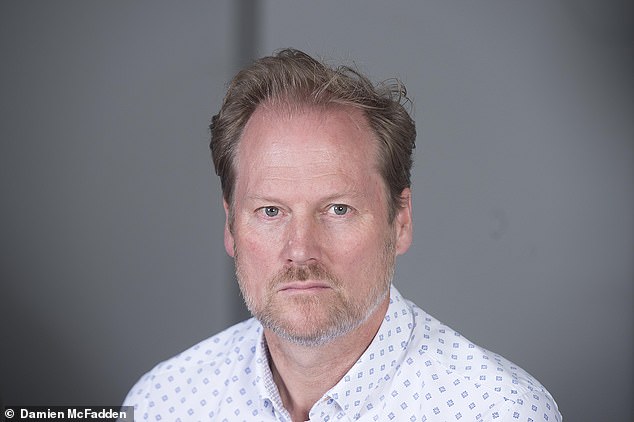 Six months after his hospital stay Mark, pictured now, contacted the Sepsis Trust for advice and was told about post sepsis syndrome

‘It typically lasts 12 to 18 months, but some patients may be left with a degree of permanent impairment, such as difficulty exercising as they did before,’ says Dr Daniels.

‘The cause is not fully understood. Nerve damage which causes muscle weakness and pain in the limbs is thought to be caused by poor blood flow to the area affected, and memory problems are caused by nerve damage in brain tissue.’

Although Mark saw his GP many times for joint pain and fatigue, she treated these symptoms individually, rather than recognising they could be linked. 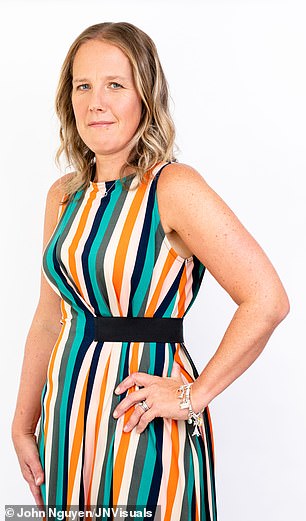 Sarah, pictured now, said it took nine months to ‘get back to normal’ after she had sepsis

‘Just knowing that this is a recognised syndrome would have really helped as I wondered why I had so many things wrong with me,’ he says. ‘After two years, I was still struggling with memory problems, joint pain and fatigue, which made me feel depressed.’

‘Patients with PSS can go into a spiral of health decline, suffering from fatigue, pain and reduced mobility, yet 70 per cent are given no information about PSS on discharge and they wonder why all these things are happening to them,’ he says.’ It helps them to know this is a syndrome.’

This was the experience of Sarah McCandless, 41, who developed sepsis in February 2017. Sarah, who lives in Hayes, Kent, with her husband Chris, an accountant, and their children Harry, 12 and Freya, ten, was in hospital for nine days after sepsis took hold.

She was later told the condition may have caused a heart problem.

‘I didn’t have any heart symptoms while I was in hospital, but an MRI scan two weeks later showed I had heart damage as a result of the infection,’ says Sarah. ‘I was told that I’d have to take medication for the rest of my life.’

Sarah had also developed ‘red skin — like a bad case of sunburn’ in hospital and at home it started to shed and peel off from her hands, feet and body, and she was terribly fatigued.

‘For the first few weeks, I could only lie in bed or on the sofa,’ she recalls. ‘Even after that, a short walk left me wiped out. I’d get up and do what I had to do, but I’d be in bed some days by 8pm because I was so exhausted.

‘It took nine months to get back to normal. My muscles were sore, too, and I had some mental fogginess, which wasn’t like me. I also lost 70 per cent of my hair.’

Sarah eventually found out about PSS by contacting the UK Sepsis Trust a few weeks after she was discharged from hospital.

‘I went to a sepsis survivors group four months after my hospital stay and it was a revelation that all these other people had experienced similar symptoms to me. I felt relieved that I wasn’t alone in taking a long time to recover.’

To help sepsis survivors through PSS, the charity runs a helpline for survivors, as well as 31 support groups around the country. It has also produced a PSS leaflet which it wants handed out to patients on discharge from hospital.

Four years on, Mark is still suffering from pain in his wrists, hips, ankles and shoulder and is now being investigated for nerve damage. ‘Sepsis has left me with significant long-term health problems,’ says Mark.