Three more travellers have become infected with ‘super gonorrhoea’ – which is resistant to antibiotics – after having unprotected sex in south-east Asia, reveal scientists

Three more travellers have become infected with ‘super gonorrhoea’, which is resistant to antibiotics, scientists have revealed.

They picked up the sexually transmitted infection (STI) while having unprotected sex as they toured through south-east Asia.

Between February and March this year one person in the UK and two in Australia failed to respond to the go-to antibiotic treatment for gonorrhoea, according to a report by the European Centre for Disease Prevention and Control.

This comes after a fourth super-gonorrhoea sufferer caught the ‘world’s worst’ case of the STI and was only cured last month after taking a last-ditch antibiotic.

The Englishman also caught the STI in south-east Asia after having a one-night stand, despite having a girlfriend back home.

After chlamydia, gonorrhoea is the most common STI in Europe, with 75,000 cases being reported in 2016.

The World Health Organization (WHO) warned last year that incurable gonorrhoea is on the rise due to oral sex and a decline in condom use as HIV fears lessen. 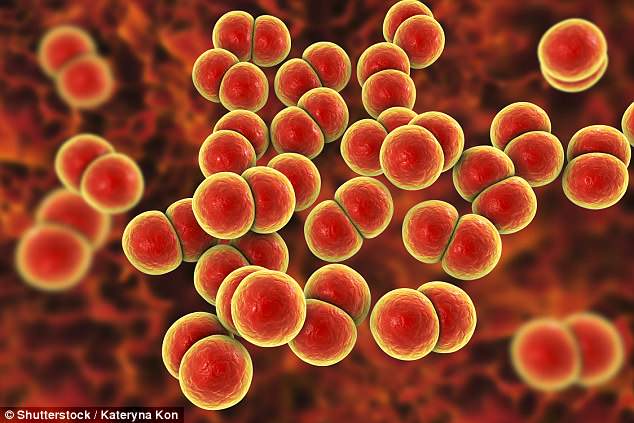 An Englishman who caught the ‘world’s worst’ case of super-gonorrhoea was cured in April 2018 with a last-ditch antibiotic.

In the first recorded case worldwide, the unidentified man caught a version of the sexually transmitted infection (STI) that was resistant to two crucial drugs.

Health officials revealed he caught it from a one-night stand with a woman during his travels to south east Asia earlier this year – despite having a girlfriend in the UK.

Public Health England (PHE) issued a warning over the the STI, which is resistant to ceftriaxone and azithromycin – the two drugs recommended for gonorrhoea.

In a statement, the Government agency revealed the man – whose location has also been withheld – was cured with the antibiotics ertapenem.

Dr Gwenda Hughes, head of STIs at PHE, said: ‘We are pleased to report the case of multi-drug resistant gonorrhoea has been successfully treated.

‘Investigations have also revealed there has been no further spread of this infection within the UK.’

Dr Hughes did warn that ‘we expect to see further cases of multi-drug resistant gonorrhoea in the future’.

World Health Organization (WHO) experts raised fears two years ago the STI, once known as the ‘clap’, could become immune to antibiotics in a ‘matter of years’.

The WHO recommends patients are given ceftriaxone and azithromycin to combat gonorrhoea, the third most common STI in Britain.

Officials said: ‘This is the first global report of high-level azithromycin resistant N. gonorrhoeae which is also resistant to ceftriaxone.’

WHAT ARE THE SYMPTOMS OF GONORRHOEA?

More than 35,000 people a year are infected with gonorrhoea in England, including record numbers of baby boomers. Only chlamydia and genital warts are more prevalent.

Symptoms usually strike within two weeks of infection – but can stay hidden for many months.

In women, symptoms of gonorrhoea can include:

In men, symptoms of gonorrhoea can include:

The three patients failed to respond to the intramuscular antibiotic ceftriaxone and the oral drug azithromycin, which are the first-line treatments recommended by the WHO.

The researchers fear these people may spread the highly-resistant gonorrhoea strain if they have unprotected sex with others.

The infection may then be spread further if people are aware they carry gonorrhoea, which often has no symptoms.

People can reduce their risk of infection by using condoms during sex.

Infected patients should be promptly treated, educated on the importance of safe sex and encouraged to tell their partners they need testing, the scientists add in their online report.

Throats are ‘silent reservoirs’ for gonorrhoea

This comes after a scientist stated last August that throats act as a ‘silent reservoir’ for gonnorrhoea, which is driving the drug-resistance crisis.

Drug-resistant gonorrhoea can spread from an infected person’s throat during oral sex without them even knowing they have the STI, she said.

Dr Emilie Alirol, head of the STIs programme at the Global Antibiotics Research and Development Partnership, Geneva, said: ‘The throat infections act as a silent reservoir.

‘Transmission is very efficient from someone who has gonorrhea in their throat to their partner via oral sex,’ NY Times reported.

Gonorrhoea infections in the throat are frequently overlooked due to the bacteria typically residing there in smaller numbers than in the genitals.

Oral infections are also difficult to treat due to antibiotics working in the bloodstream and there being few blood vessels in the throat.

Untreated, oral gonorrhoea can spread to the genitals, causing pelvic and testicular pain in men, and putting women at risk of pelvic inflammatory disease, ectopic pregnancies and even infertility.

Dr Alirol said: ‘Women will bear a very high burden if we start having an increasing number of untreatable gonorrhea cases.’

WHAT IS SUPER GONORRHOEA?

When gonorrhoea is resistant to one of two antibiotics recommended to treat it, it is known as super gonorrhoea.

All types of gonorrhoea – historically called ‘the clap’ – are caused by the bacteria Neisseria gonorrhoeae.

It is quick to develop and strains mutate every few years to become resistant to drugs.

Doctors have frequently changed their recommended treatments to keep up with the changing nature of the bug. It stopped responding to penicillin in the 1980s.

Symptoms of gonorrhoea include discharge, bleeding or pain when urinating.

Yet around one in two women and one in 10 men will not experience any signs, which is why the infection is so easily spread.

Women who do not get treatment can develop pelvic inflammatory disease – an infection of the womb and ovaries which can cause infertility.

In pregnancy, it can cause miscarriage, premature birth or lead to babies developing problems with their vision.

Patients with super gonorrhoea can be given other treatments, which might work but can have unpleasant side effects.

Health experts warn it is only a matter of time before the bug mutates to resist these remaining antibiotics too. They recommend using condoms and regular testing to prevent spread of the disease.