According to the Centres for Disease Control and Prevention (CDC), listeriosis is a serious infection caused by germs that people contract from contaminated foods. The disease can have grave consequences for pregnant women, older adults or anyone with an immune system, causing only mild symptoms in the otherwise healthy.

The outbreak was identified earlier in the year by genome sequences in individuals said to have eaten smoked fish.

One of the reported cases was a pregnant woman, for whom the risks of infection are particularly high.

The Food Standards Agency (FSA), Food Standards Scotland (FSS) and the UK Health Security Agency, warned that people in some groups were at higher risk of meningitis and sepsis.

Doctor Caroline Handford, acting head of incidents at the FSA, said: “If anyone from these groups is eating ready-to-eat smoked fish, we are reminding them of the advice to ensure that it is thoroughly cooked before they eat, including when served as part of a dish.” 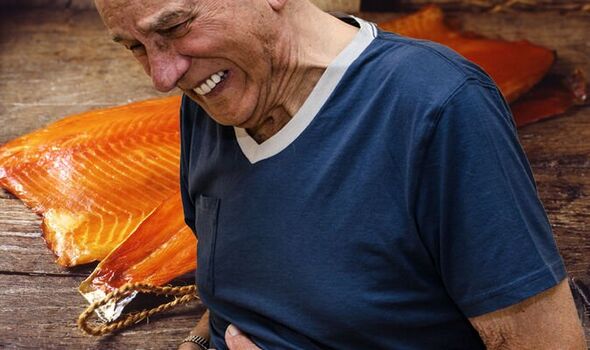 He also stressed the importance of consuming products by their use-by date, following storage instructions, as well as cooking products until steaming hot.

The vulnerable groups listed by the health authorities were:

According to the bodies, the risk of listeriosis may be exceptionally high among:

As a precaution, people in these groups are being advised to avoid eating uncooked smoked fish.

Professor Saheer Gharbia, from the UKHSA, said: “Most people won’t have any symptoms of the infection or will only experience mild symptoms, such as abdominal pain or diarrhoea, which usually pass within a few days without the need for treatment.

“However, some people are at higher risk of much more serious illness.

“If you have any concerns about your health please speak to your midwife, GP or hospital specialist team.”

According to the Mayo Clinic, the first symptoms likely to emerge in case of infection are: 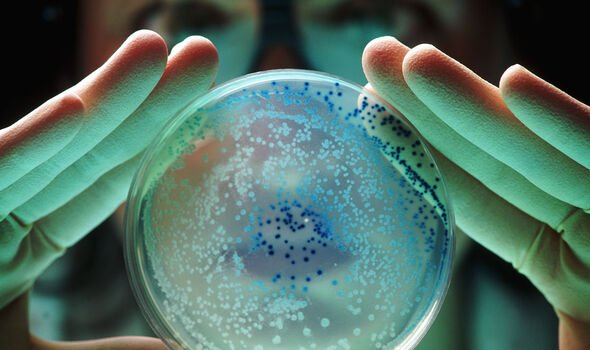 The infection cannot be passed from person to person, though a pregnant woman could pass on the disease to an unborn baby.

Bacterial meningitis and sepsis are two conditions known to be deadly without medical treatment.

The CDC states that more than 2,000 people get bacterial meningitis annually, and around 500 succumb to the disease. 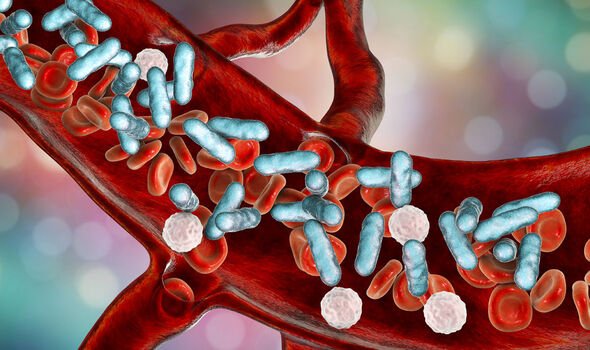 Listeria infection leads to meningitis when the brain becomes infected, but when the infection enters the bloodstream instead, the outcome is sepsis.

The CDC adds: “Listeria can sometimes affect other parts of the body, including bones, joints, and sites in the chest and abdomen.”

The health body has issued the following advice to avoid infection: