From ‘clones’ of your follicles to a ‘Miracle Gro’ made from chip-pan oil: Hair-raising treatments that could FINALLY stop baldness

The facts are brutal: almost 40 per cent of men in Britain have lost some or all of their hair.

Baldness is usually due to genes inherited from both parents and triggered when levels of testosterone surge from puberty onwards. These genes shorten the hair’s growing phase — called the anagen phase — and lengthen the period between a hair falling out and a new one starting to grow, known as the telogen phase.

High levels of testosterone make the problem worse by shrinking the size of hair follicles, the tiny sacs from which hairs sprout. 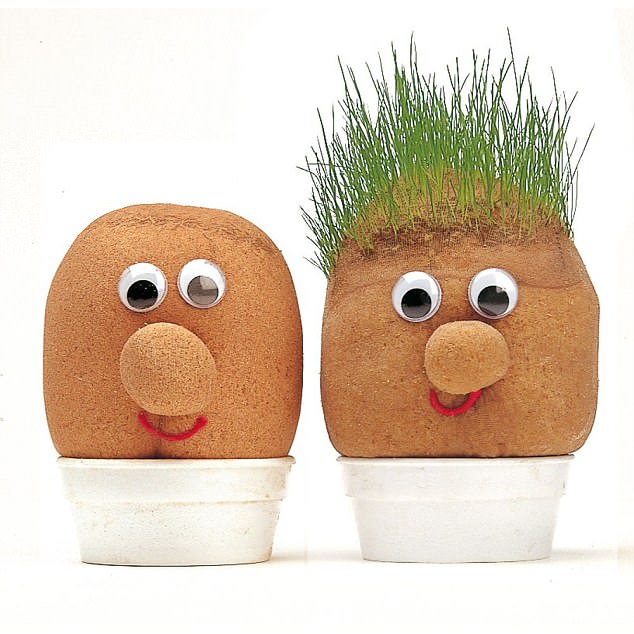 Follicle fact: Baldness is usually due to genes inherited from both parents and triggered when levels of testosterone surge from puberty onwards

It doesn’t just affect men — around eight million women in the UK have some degree of hair loss, usually after the menopause.

Currently, only two licensed drugs exist for hair loss in the UK, minoxidil and finasteride. Minoxidil, an over-the-counter rub-on foam or lotion (sold under the brand name Regaine), works by increasing blood flow to the scalp, nourishing the hair follicles.

It helps about two-thirds of patients, men and women — but can have side-effects ranging from rapid heartbeat to swollen feet and stomach pains. And you have to keep taking it to maintain the effect.

Finasteride (Propecia), is available only on private prescription for men. It works by blocking an enzyme that converts testosterone into dihydrotestosterone (DHT), another form of the hormone that triggers baldness.

Research shows finasteride triggers some hair growth in up to 80 per cent of men, but one in 60 experiences impotence — and the risks increase the longer you’re on the drug.

Meanwhile, caffeine-enriched shampoo is a popular over-the-counter remedy. Studies have been small and produced conflicting results, although the latest earlier this year suggests caffeine is at least as effective as minoxidil. 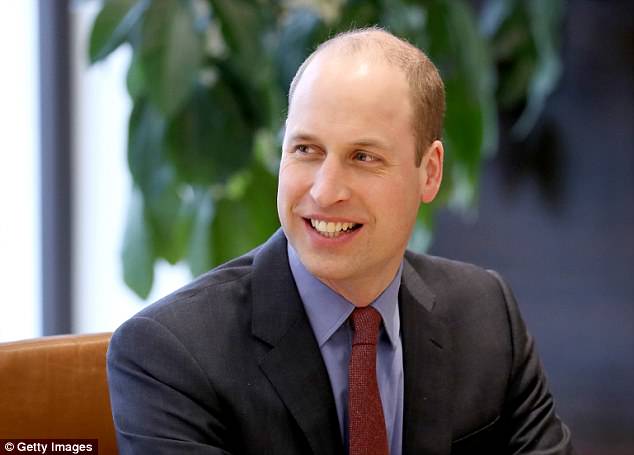 Prince William: Shockingly, almost 40 per cent of British men have lost some or all of their hair

For a study at Mumbai Municipal General Hospital in India, 210 men washed their hair with caffeine shampoo for six months and for the following six months used minoxidil every day.

The results, published in Skin Pharmacology and Physiology, showed both treatments triggered an 11 per cent improvement in the time hair spent growing rather than resting. The theory is that, like finasteride, caffeine blocks the effects of DHT.

Another treatment is platelet-rich plasma (PRP) therapy. Platelets are cells that help blood clot, but they also have proteins that aid healing and possibly trigger hair growth, lengthening the growing phase of hair and reducing the chances of it falling out.

Blood is ‘spun’ in a machine to separate the platelets; these are mixed back into a small amount of blood, so the concentration is ten times greater than normal — this is then injected into the scalp. 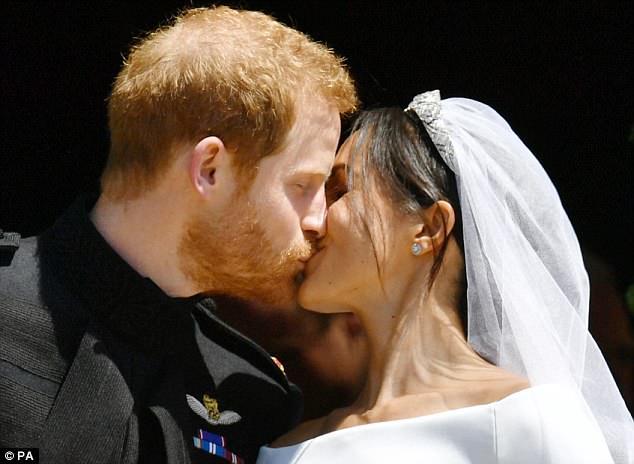 Genes: Conversely, Prince Harry has retained more of his hair – although it’s thin at the crown

In March, scientists from the Netherlands published a study in the Aesthetic Surgery Journal, showing hair density ‘significantly increased’ over a 12-week period in patients given PRP therapy. It costs £1,200 for a course.

Drugs aside, the only proven way to restore locks is a hair transplant — which can cost upwards of £15,000. Even then, the new hair can be light and fragile. But could there be a simpler cure? Here, we look at potential treatments . . .

Scientists at the University of Manchester recently discovered a drug being developed to treat bone-wasting osteoporosis could also stimulate hair growth.

WAY-316606 works by switching off a protein (called SFRP1) that blocks the growth of new hair follicles. Certain medications used to suppress the immune system also trigger strong hair growth, but why wasn’t known. The Manchester team worked out the drugs were depleting levels of SFRP1.

They tested dozens of drugs they thought might affect the protein. WAY-316606, caused hair to grow a third longer than normal, achieving 2mm of growth in six days, according to the PLOS Biology journal.

Some experts believe cloning your hair and banking it for the future could transform hair loss treatment. A UK company, called HairClone, is being set up to allow users to deposit a hair sample that can be frozen.

In the 30-minute procedure, around 50 hair follicles are harvested from an area the size of a 1p piece by a surgeon under local anaesthetic. The follicles are then cryopreserved — stored in liquid nitrogen — until the patient needs them. Some can then be thawed and specific cells involved in the production of the hair will be isolated before being cultivated in the lab for two to three weeks, where they multiply.

The cells will then be injected back into the scalp to hopefully produce new follicles.

Called dimethylpolysiloxane, it’s a type of silicone oil used by the food industry. Scientists at Yokohama National University in Japan discovered the oil was perfect for growing basic hair follicle cells that give rise to follicles.

In tests, they managed to grow 5,000 cells from a small sample, effectively unlocking the secret to mass-producing cells from a small number taken from a patient that could then be transplanted back into the scalp. The technique could prove to be a major breakthrough over the next decade.

ARE ARTHRITIS DRUGS THE KEY?

One of the most promising new treatments are drugs developed for rheumatoid arthritis called janus kinase (JAK) inhibitors. They first emerged as an arthritis remedy in 2012 and work by blocking a group of enzymes that triggers inflammation in damaged joints.

During trials, researchers noticed new head hair also sprouted in patients with alopecia areata — a condition where patches of hair fall out because the body’s immune system has attacked the hair follicles.

Now a U.S. firm, Aclaris Therapeutics, is setting up a trial to see if the drugs will work in genetic baldness. The results are due later this year, and if successful, larger studies are likely.

Iinside each one of the 100,000 or so tiny hair follicles in the scalp lies a rich supply of stem cells that control the growth of new hair. But when hair is lost — through genetic baldness, stress, or chemotherapy — these become dormant and, in many cases, remain so.

Now the team is working on two experimental drugs that appear to boost lactate levels. A treatment could potentially be available in a few years.

HOW A BLAST OF GAS COULD HELP

Carboxytherapy is a cosmetic treatment associated with tackling wrinkles, stretch marks and the signs of ageing.

It involves injecting small amounts of carbon dioxide gas directly under the skin to ‘plump’ it up. It’s thought to work by ‘tricking’ the body into thinking there is a shortage of oxygen in the affected area, so that the brain sends out an instruction for oxygen-rich blood to be increased so damage can be repaired.

In February, researchers at Tanta University in Egypt tested it on 80 men and women with hair loss. Half had the gas jabs and the rest a dummy version.

The results, in the Journal of Cosmetic Dermatology, showed that three months later, hair density improved significantly in those given the gas jabs but not those on the placebo.

Carboxytherapy can have side-effects such as swelling around the site of injection, bruising and pain. It costs up to £250 a session and it’s not clear how many sessions would be needed or how long the effects would last.

COULD THE CURE LIE IN EGG YOLK?

In March, scientists from Osaka University in Japan announced they had discovered a compound called a peptide in the yolk of chickens’ eggs that could stimulate hair growth in mice.

In the Journal of Medicinal Food, they said they believe the peptide, HGP, was the reason chickens and other birds grow hair before hatching, when humans mostly develop body hair after birth.

Their tests showed the egg-yolk peptide stimulates the production of growth factors in the skin that lead to hair production. This is the first study to show this, so a treatment could be five or more years away.

AVAILABLE IN: AT LEAST FIVE YEARS