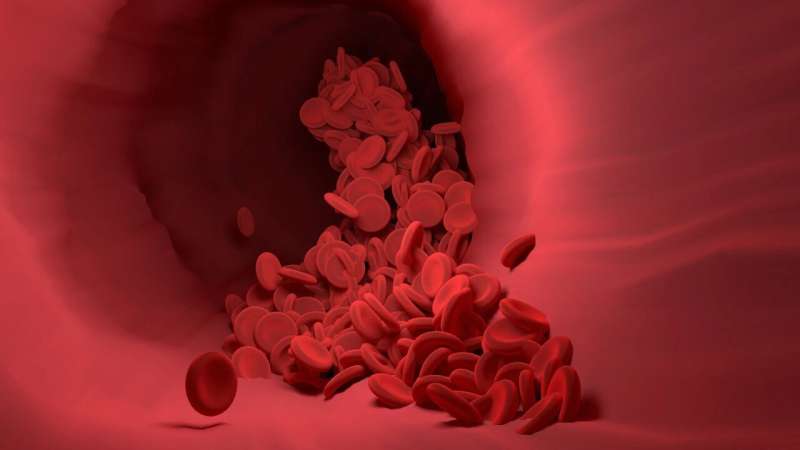 Researchers discover a link between an increase in protein Ba of the complement immune system and the eventual development of thrombotic microangiopathy in patients who have received an allogeneic hematopoietic stem cell transplantation. Transplant-associated thrombotic microangiopathy (TA-TMA) is a fatal complication that can occur after an allogeneic hematopoietic stem cell transplantation (allo-HSCT). Study finds that despite previous reports, TA-TMA development was predicted not by complement-related genetic variants, but high levels of complement protein Ba.

In collaboration with the Japanese Society for Complement Research represented by Dr. Norimitsu Inoue of Wakayama Medical University, researchers from the Department of Hematology, Osaka City University Graduate School of Medicine tested the blood of patients with and without TA-TMA. After finding no difference in the percentage of patients in both groups with rare genetic variants, the team observed that seven days following allo-HSCT, levels of Ba protein were significantly higher in the TA-TMA group, providing a more reliable indicator of the disease’s potential development. Their findings were published in Frontiers in Immunology.

The team found that the levels of protein Ba were significantly higher in the affected group on day seven post-transplant, before the onset of the disease. “Since Ba is a molecule that degrades the complement protein factor B, it was found that patients who develop TA-TMA have an early post-transplant activation of factor B,” stated Lecturer Hiroshi Okamura, lead author of the study.

The team also sequenced 17 genes believed to be related to the onset of TA-TMA and found that both cohorts harbored several genetic variants with rare allele frequencies, “however, there was no difference in the percentage of patients in the TA-TMA and non-TA-TMA groups with the rare variants, or in the average number of rare variants per patient,” added Associate Professor Hirohisa Nakamae. This finding suggests that complement-related genetic variants did not predict TA-TMA development in adults, unlike pediatric cases.