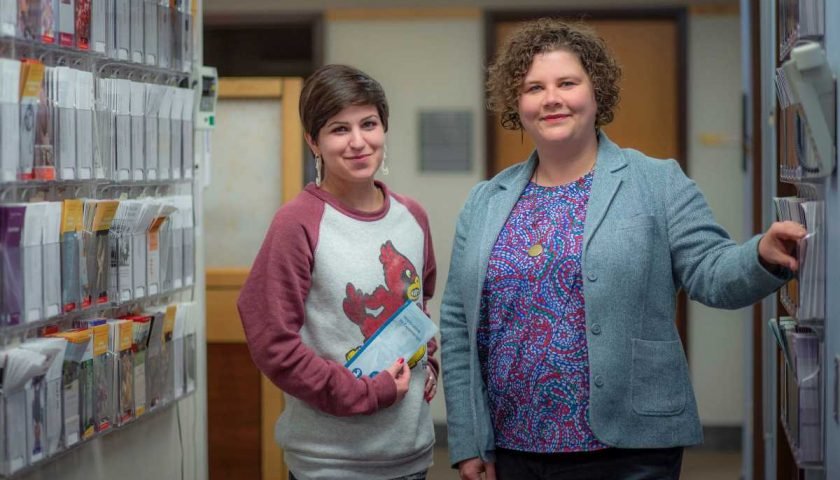 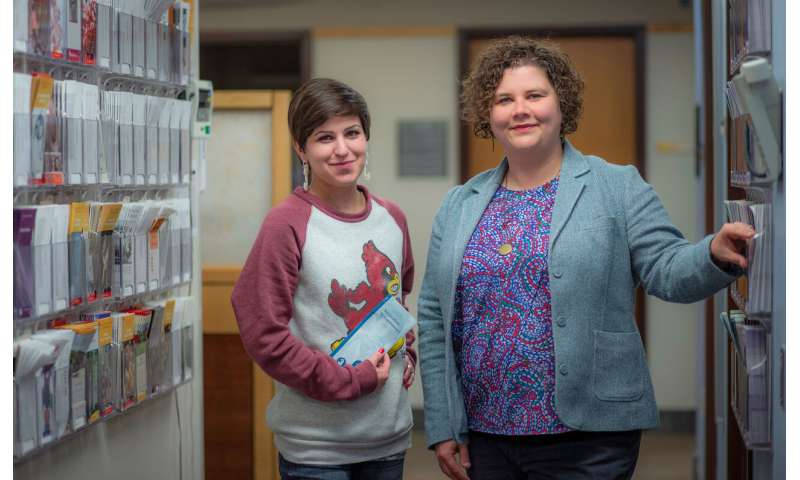 It took several calls to even find a doctor willing to consider her request for tubal ligation, she said. And once she did, she faced endless questions about her decision. Her husband, on the other hand, made one call and easily scheduled a consultation and vasectomy for a single visit. No questions asked. Despite the many hurdles she faced, Davis made the decision to have her tubes tied.

When Davis shared this experience during a class discussion for a gender and communication course in 2017, Associate Professor of English Abby Dubisar encouraged Davis to research the issue. Davis, a mother of two who graduated from Iowa State University this spring, found she was not alone in her experience. Many women have had to push back against cultural norms and assumptions.

“This idea exists in our society that women want to be mothers and women who do not reproduce are empty or unfulfilled. We don’t see this connection with men. Men don’t need to have children to be considered a fulfilled man,” Davis said. “These stereotypes do not disappear when you walk into your doctor’s office and these ideologies affect how doctors counsel patients.”

Davis and Dubisar analyzed vasectomy and tubal ligation pamphlets provided in clinics and online, along with dozens of blogs and 87 postings on social media sites featuring stories of patients seeking elective sterilization. Their research, published in the journal Rhetoric of Health and Medicine, found a sharp contrast in the information provided for women and men.

For example, vasectomy pamphlets featured photos of happy families and couples, while tubal ligation pamphlets included women who looked unhappy, concerned or confused, Davis said. The content for tubal ligation focused on the risks and discomforts, rather than benefits. It also reinforced gender roles by suggesting the “couple” make this decision, implying a woman should not request this procedure on her own. 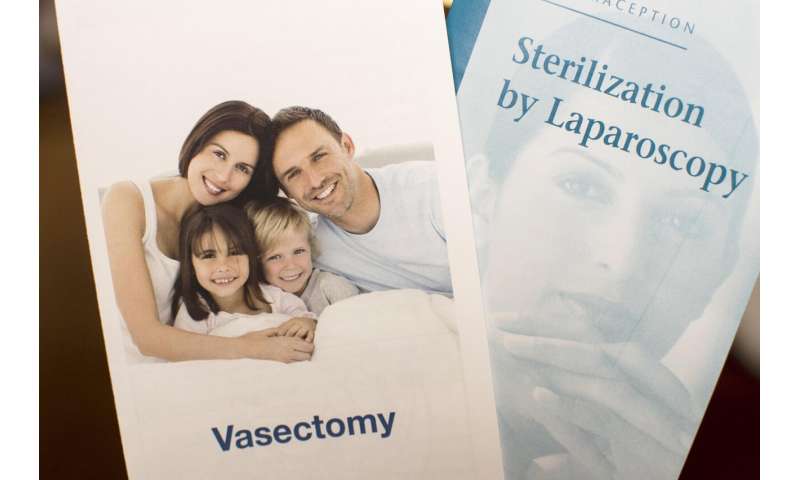 Ideologies and cultural beliefs about female roles add to the complexity of this issue. Davis and Dubisar say throughout history, doctors have discouraged women considered ideal for motherhood from seeking tubal ligation, while marginalized women have been encouraged or sterilized without their knowledge or consent. Women are often asked by family and peers to justify their decision, or they are considered selfish for not having children, Dubisar said.

This helps explain why some still consider sterilization a taboo topic, but online forums make it clear women want to talk about it. Davis and Dubisar reviewed posts on Twitter and Reddit, in which women wrote about being questioned by their doctors, denied the procedure and made to feel incapable of making this permanent decision. Dubisar says the testimonials reflect a broader debate on women’s reproductive issues.

“There’s this unquestioned norm that women’s reproductive lives are up for discussion and anyone can discuss what is best for women,” Dubisar said. “We’ve been persuaded to believe women do not have the right to make their own choices and what options they deserve are a matter of public debate.”

In the paper, Davis and Dubisar recommend women do their research before talking to their doctor:

Regulations and consent forms are also in place to protect physicians from liability or malpractice should a woman later regret her decision. Davis and Dubisar ask doctors to think about how their personal biases influence conversations with patients to improve communication: