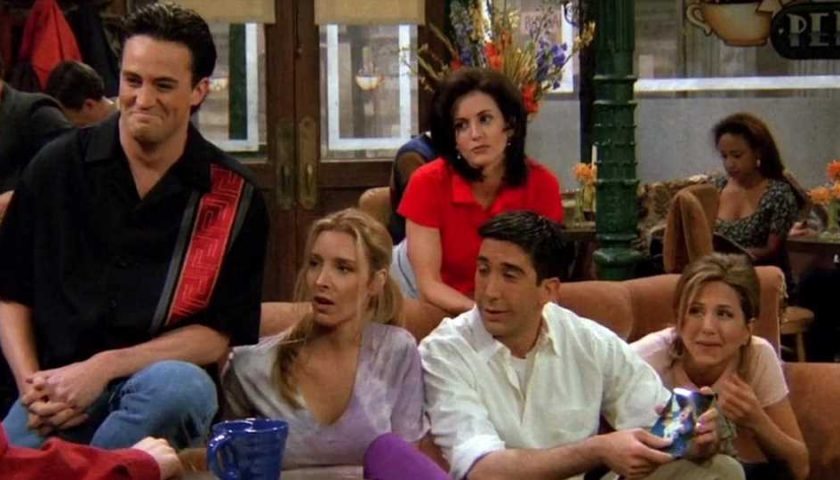 When Friends celebrated its 25th anniversary last year, Friends-branded products flew off shelves as quickly as they landed. From Pottery Barn’s limited edition Friends-inspired collection that included Central Perk mugs, Rachel’s apothecary table, and much more, to LEGO’s Friends set and Coffee Bean & Tea Leaf’s Friends-themed ground coffee that quickly sold out on Amazon, Friends march may have hit an all-time high last year, but the show has proven time and time again that it has lasting power ⁠— and Friends fans will literally buy anything emblazoned with the show’s logo. Case in point: this Friends-themed slow cooker.

Sold by BoxLunch, a pop culture merch store where you can find licensed merchandise for shows such as The Office, Game of Thrones, and much more (think of it as Hot Topic, but for mostly television and movies), this 6.5-quart Friends-themed slow cooker is smeared with iconic Friends quotes and imagery, including Ross’ famous “Pivot!” line and Joey’s catchphrase “How you doin’?” to sketches of the Friends couch and the yellow peephole frame.

“Better throw on your Thanksgiving pants, ’cause there will be some tasty dishes to devour with this Friends slow cooker!” the product description on BoxLunch’s website states. “You’ll feel like Monica in the kitchen, whipping up meals like, stews, chili, casseroles, soups, and more.”

Do we need a Friends-themed slow cooker? No. But will that stop a Friends fanatic from dropping it in their virtual cart? Abso-freaking-lutely not. BoxLunch’s Friends slow cooker is priced at $59.90 and ⁠— surprise, surprise! ⁠— it’s sold out.

Don’t worry, though; BoxLunch also has a triple slow cooker for sale and in stock. (Who needs three slow cookers, though? And if you raised your hand, please invite me over for dinner.)

But if you have your heart set on that sold-out slow cooker, BoxLunch assures that they’ll have it restocked in the next month or so.