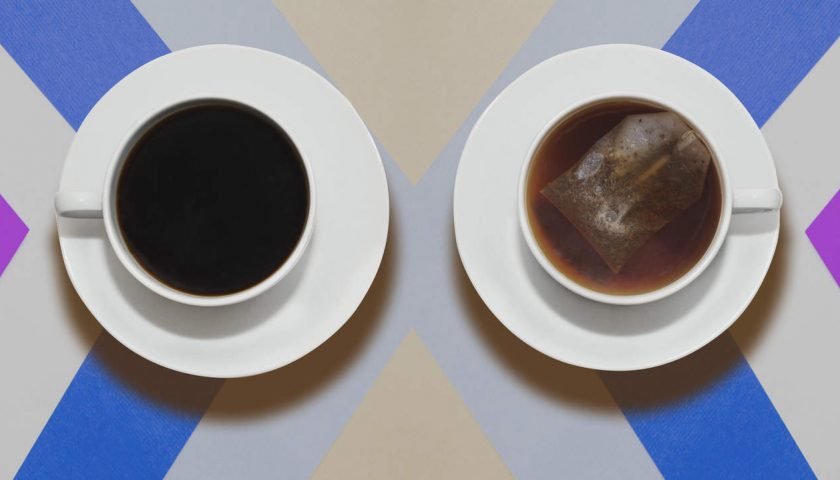 Whether you’re a coffee or a tea person may be determined by your genes.

That’s according to new research examining our perception of bitter taste and the way it affects how much of our preferred morning brew we guzzle.

In the new study, published yesterday in the journal Scientific Reports, researchers analyzed genetic data from more than 400,000 UK adults between the ages of 37 and 73. They found that people who carried specific receptor genes for the bitter taste of caffeine were more likely to drink more than four cups of coffee daily and less likely to drink tea.

People with different bitter receptor genes for a substance called propylthiouracil ​​​​​​(PROP) were more likely to get their caffeine kick from five or more cups of tea and less likely to drink coffee. (PROP has the same bitter taste as Brussels sprouts, pointed out study co-author and postdoctoral researcher Daniel Liang-Dar Hwang on ScienceAlert.)

Being more sensitive to caffeine’s bitterness might seem like a reason not to drink coffee. “You’d expect that people who are particularly sensitive to the bitter taste of caffeine would drink less coffee,” study author Marilyn Cornelis, PhD, assistant professor of preventive medicine at Northwestern University Feinberg School of Medicine, said in a statement. “The opposite results of our study suggest coffee consumers acquire a taste or an ability to detect caffeine due to the learned positive reinforcement (i.e. stimulation) elicited by caffeine.”

Yep, coffee lovers probably learn to associate “good things with it,” Cornelis said, namely, less of that Namastay In Bed feeling. As a tea-drinker (and Brussels sprout lover) myself, I can relate: I learned to love the bitter flavor of dark chocolate after a period of intense chocolate FOMO. “Even if you carried the ‘wrong’ genes in terms of tasting bitter flavors, you could still learn to enjoy deliciously bitter-tasting foods and beverages,” Hwang wrote on ScienceAlert.

In the meantime, whichever source of caffeine you, your genes, and your taste buds prefer, you’ll at least be getting health benefits. Drinking coffee has been linked to a lower risk of heart disease, diabetes, and Alzheimer’s and Parkinson’s diseases, thanks to its antioxidants and polyphenols. Not to be outdone, tea (which is lower in caffeine than coffee) is also a rich source of antioxidants, and it too is thought to protect the heart.

But it is possible to overdo it on caffeine. Drinking too much can upset your stomach, leave you feeling jittery or anxious, or make it hard to sleep. Future research might use the study findings to investigate whether people who are more sensitive to certain bitter tastes are more likely to drink unhealthy amounts of coffee or tea, wrote Hwang.