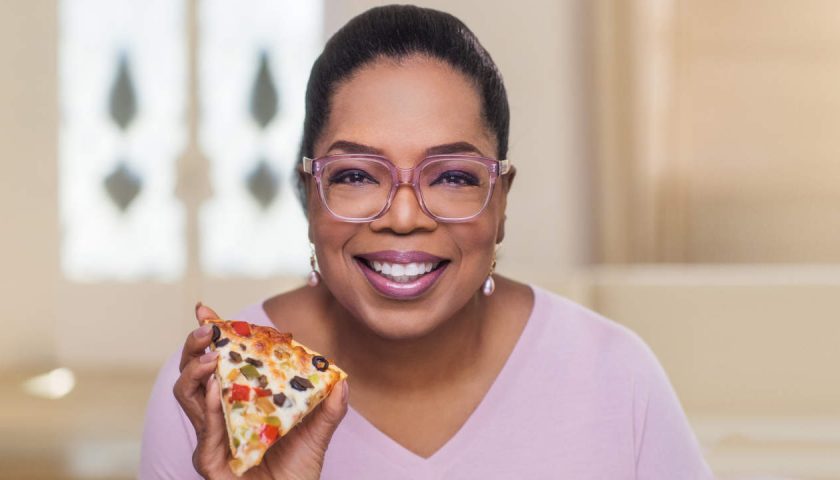 Oprah Winfrey’s line of packaged foods, O, That’s Good!, just dropped four varieties of frozen cauliflower crust pizza, which have 1/3 of the flour in the crust replaced with cauliflower puree. The pizzas are the latest additions to this packaged comfort food line launched by Kraft Heinz and Oprah last year, featuring tasty eats such as mashed potatoes and mac and cheese.

Cauliflower pizza crust has become a superstar food trend over the past few years, driven by consumers who are looking for gluten-free, low-carb, or vegan crust options when they order or pick up a slice or a pie. But are Oprah’s cauliflower crust pizzas as healthy they sound? Here’s the lowdown.

The four varieties in Oprah’s new line include Supreme, Five Cheese, Fire Roasted Veggie, and Uncured Pepperoni. The most nutritious option is the Fire Roasted Veggie, which comes in at 280 calories per serving (1/5th of the entire pizza), 9 grams of overall fat, 3 grams of saturated fat, 4 grams of fiber, and impressive amounts of vitamin C.

While this pizza won’t derail your healthy eating habits, it does pack in 20% of your daily sodium levels, which is consistent with most other frozen meals.

The three other varieties are less impressive. Each racks up 320-330 calories per serving (1/5th of the pie) and are higher in total fat, saturated fat, and sodium. The Five Cheese has 25% of the saturated fat you’re supposed to consume in an entire day, while the Uncured Pepperoni has 30% of your daily sodium allotment.

If you want a healthier cauliflower crust pizza, many other options are made with more cauliflower and less flour than Oprah’s pies. You could also easily make your own, or you can buy pre-made cauliflower crusts from Caulipower or The Healthy Crust brands. A serving (half a pie) of Caulipower Veggie Pizza gives you a larger portion at fewer calories, lower levels of saturated fat, and a lower sodium count than the O, That’s Good! slices.

The cauliflower crust trend shows no signs of slowing down, as low-carb eaters use this veggie as a replacement for flour, rice, and other foods to help cut calories and carbs while boosting fiber and essential nutrients. You can even now buy cauliflower-based baking goods and cake mixes.

No wonder cauliflower is so popular. It’s a nutritional all-star, providing fiber, vitamin C, potassium, B vitamins, and antioxidants—all at just 25 calories per cup. Using cauliflower in place of grains in a pizza crust or as a substitute for rice helps slash calories while upping the fiber and nutrients of the overall recipe.