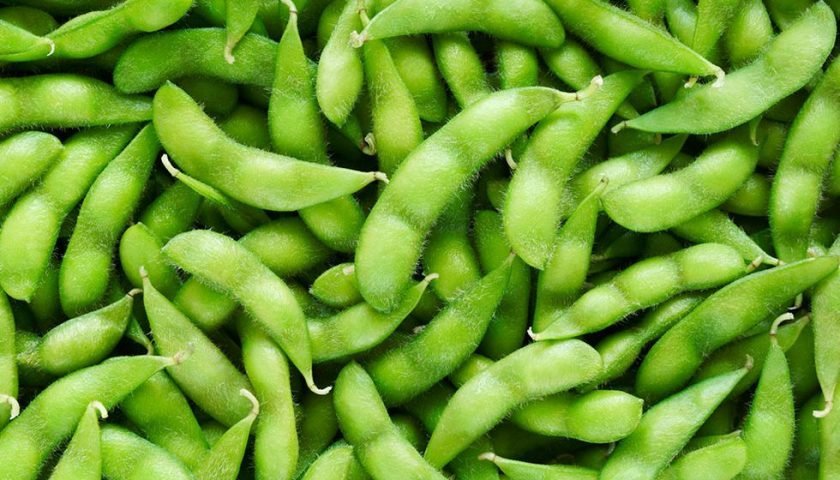 If you’ve been giving soy milk the side-eye at the grocery store ever since hearing it might be linked to breast cancer, we don’t blame you.

But some of that rep is undeserved—and majorly confusing. Here are the receipts:

What a roller coaster.

If you talk to registered dietitian, they all say there’s no evidence that eating soy (which is high in protein and low in calories) as part of a balanced diet will have any negative effects on your health. Moderate consumption, according to our experts, is anywhere from two to four servings of soy per day.

And most will say that eating whole soy foods (edamame, tofu, tempeh) over the more processed stuff like soy burgers and hot dogs is healthier and makes it less likely that you’ll encounter issues.

Here are some scary soy myths that you can definitely stop believing:

Practically everyone has heard that soy can increase oestrogen levels, which studies have shown is linked to breast and ovarian cancers. But how legit is this?

A lot of panic over soy and cancer stemmed from a 1998 study in mice, which showed that soy isoflavones, which act similarly to the hormone oestrogen, caused existing breast tumours to grow, says Mark Messina, executive director at the Soy Nutrition Institute. This made experts worried that eating soy could make breast cancer worse.

However, that’s been proven to be pretty much nonsense. Several more studies have looked at the effect of eating soy on breast cancers and found that consuming soy after diagnosis actually reduced recurrence and survival—meaning that survivors who ate soy were less likely to have cancer come back.

Myth 2: Soy Messes With Your Fertility

Soy’s oestrogen-like properties have prompted people to wonder if eating too much of the stuff will affect fertility. And some research has fuelled these fears: A 2009 study analysis found that pre-menopausal women who eat soy products saw a slight decrease in two important hormones for fertility. And a 2008 study found that soy’s oestrogen-mimicking compounds can reduce fertility in female mice.

However, this connection is still pretty tenuous, and most other research actually suggests that eating moderate amounts of soy can be helpful if you’re looking to conceive, says dietitian Elizabeth Shaw.

One of the most significant long-term studies, the Nurses’ Health Study II (NHS II), found that women who ate larger amounts of animal protein were more likely to have fertility problems. “Researchers concluded that adding one serving of beans, peas, nuts, peanuts, tofu, and soybeans may protect against ovulatory infertility,” Shaw says.

There have been two men who have experienced feminising effects (a.k.a. man boobs) from eating soy. One was a 19-year-old vegan who was consuming 12 to 20 servings of soy per day, and the other was a 60-year-old man who drank three litres of soy milk per day. So…not exactly your typical consumption levels here.

A 2010 analysis of over 30 reports found no evidence that soy messed with male hormone levels. Unless you know any dudes who plan on eating nothing but tofu for weeks on end, you probably won’t run into anyone with soy-induced man boobs.

The bottom line? Don’t sweat a few servings of soy per day, but try and make it from whole-food sources. Enjoying these foods in moderation provides more benefits than risk when it comes to your overall health and nutrition.

This article originally appeared on Women’s Health US