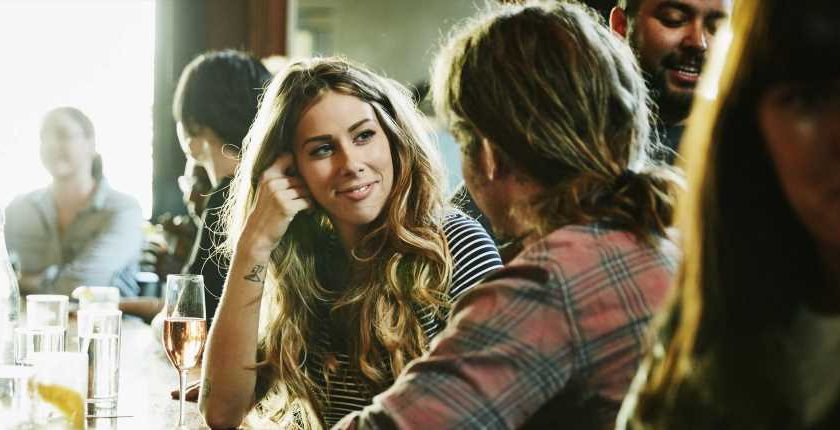 OK, here’s the truth: Not all men are born with good looks and charm. In fact, lots of guys are born with neither. But does that mean you’re fated to spend your life alone in your apartment, with only Netflix and your dog to keep you company? Absolutely not.

The truth is that while looks do matter to men and women alike, it’s far from the most important thing when it comes to finding a partner. The science of sexual attraction is a complex one that involves multiple different factors, from the way you smell to the shape of your jaw to even the color of the shirt you’re wearing.

the elusive power of seduction like, uh, Ryan Gosling, there are still plenty of ways to make yourself more attractive. Here are 19 strategies to attract the partner of your dreams, whether in the club, in the park, or on a hookup or dating app.

Everyone wants a partner who gets their sense of humor. If you’re the “funny guy” among your friends, lean into it. Even science says you should: A 2006 study published in Evolution and Human Behavior asked participants how much they value their partner’s ability to make them laugh, and the results, not surprisingly, revealed that women truly care about their partner’s humor. If you’re able to make them laugh, it’s an extremely attractive quality.

Sunglasses make guys hotter, and there’s proof to back it up. Vanessa Brown, a lecturer at Nottingham Trent University, explained that sunglasses make a man look mysterious: “The eyes are such a tremendous source of information—and vulnerability—for the human being,” she told The Cut. Not having that information makes women drawn to you. They want to learn more about the man behind the glasses.

Turns out nice guys don’t finish last. A 2016 study out of the University of Guelph and Nipissing University surveyed 800 people in an attempt to better understand the relationship between altruism, attraction, and sex. The researchers asked participants about their sexual history as well as how often they engage in selfless acts, such as charity work and donating blood.

It turns out that folks who do good things for the sake of, well, being good, got laid more. Also, while the study didn’t explore this, we’d be willing to bet that selfless people are also selfless lovers, putting their partners’ needs into consideration, and that is attractive.

Women find wearing cologne or a signature spray attractive, but not for the reason you think. It doesn’t have to do with pheromones or natural odors, at least according to a paper published in the International Journal of Cosmetic Science. In the study, the participants who were given a spray of cologne self-reported higher confidence and said they felt more attractive.

But the findings don’t end there: When a group of women were shown a silent video of the men wearing the spray, they rated them sexier than the guys who weren’t wearing any cologne. This means that when you feel sexier and more confident, women pick up on that, and find you more attractive. (Also, there’s the perk of actually smelling good instead of like your gym bag.)

Garlic? Yep, garlic. We’re a liiiiittle skeptical, but a 2016 study published in the academic journal Appetite found that men who eat garlic smell more “pleasant” and “attractive” than those who don’t. The study suggests that eating garlic somehow impacts our body odor.

To clarify, having a garlic-y breathe is still gross, but consuming garlic can boost you a level on the attractive scale.

6) Travel with an entourage.

If you’re headed out on the town, grab a few buddies to be your wingmen. According to a study from the University of California at San Diego, people were rated as better-looking when they were in group photos than in solo shots.

Credit it to something called the “cheerleader effect,” the researchers say. People appear more attractive in groups because viewing faces together makes them look more like the group average—which can help “even out” any one person’s unattractive idiosyncrasies. (This does not, however, apply to dating apps, where you should never use a group photo.)

Though traveling with an entourage is never a bad move, your best wingman may actually be a baby. According to research from France, men who played nice with babies were more than three times as likely to score a woman’s phone number than guys who ignored the newborns. In fact, 40% of ladies gave up their digits after they saw men smiling, cooing, and talking with the tykes.

So if you have a niece or nephew you’re crazy about, volunteer to babysit every once in a while. Their parents will likely appreciate the help, so it’s a win-win for everyone.

Man’s Best Friend, indeed: According to the same French study, women were three times as likely to give out their phone numbers to a guy on the street if he approached them with a dog than if he inquired alone. Canines can help grease social interaction, the researchers say, adding that dogs boost perceptions of kindness, thoughtfulness, and sensitivity.

9) Give your razor a break.

Women found guys with heavy stubble—about 10 days’ worth—to be more handsome than those with a lighter shadow, a full beard, or a completely clean-shaven face, Australian research found. This also applies to gay men, who find bearded men more attractive than clean-shaven guys, according to a Brazilian study.

Nothing is more important than confidence when attempting to attract a partner, and one of the easiest ways to gauge a man’s confidence to observe how they walk down the street.

Prospective partners “look first at your attire and second at how you walk,” says R. Don Steele, author of Body Language Secrets: A Guide During Courtship & Dating. “Confident people are not in a hurry, but there’s a difference between meandering and walking slowly with purpose. Always walk as if you know what you’re doing and where you’re going.”

People who used positive words like “creative,” “ambitious,” or “laugh” in their online dating profiles received 33% more messages, according to a survey from dating site Zoosk. Mentioning hobby-related words like “book” or “read”—or including info about running, jogging, or lifting weights—provided a significant message boost, too.

Just be careful you’re not coming on too strong. Men whose first message contained words like “dinner” or “drinks” saw their response rate plummet by 35 percent.

At the very least, just make sure you have something in your Tinder, Bumble, Hinge, or Grindr profile. Ideally, that something should be unique to you. “I think that people should be specific,” says Dr. Jess Carbino, in-house sociologist at Bumble. “People are really concerned about not deviating from what is considered normal, [but] I think that people are actually doing a huge disservice to themselves because they aren’t standing out from the other hundred people in their geographic radius who match their age and gender criteria.”

Guys who posted selfies on their online dating profiles received fewer messages, a Zoosk.com survey. Carbino says that women find shirtless selfies “very unattractive. Everybody wants to know somebody’s fit and has a nice physique, but you can tell that through seeing somebody in clothing.” Instead, have a friend snap a photo of you, and head outside while you’re at it. Men with an outdoors shot collected 19 percent more messages, according to Zoosk.

That said, the “no shirtless selfies!” rule does not appear to hold on gay dating apps: an analysis of Grindr, for instance, found that most of the users showcase their bodies and physical fitness on the app, which didn’t particularly affect their chances at finding a hookup.

Men who let their smiles spread slowly across their faces were judged as more attractive than those who put on a quick grin, research in the Journal of Nonverbal Behavior found. The slow-smiling guys were also rated as more trustworthy, showing that their expressions might be perceived as more genuine.

Flashing a grin is also important when putting together an online dating profile. “I know 14% of individuals are more likely to be swiped right on if they are smiling because everybody knows that smiling confers kindness and approachability,” says Carbino. “You don’t want to look like you’re grimacing, despite what Calvin Klein may be presenting in ads.”

A study from UCLA found that women rated “built” men as more sexually desirable than thin, non-muscled “slender” guys and heavier, more-muscled “brawny” dudes. The researchers say it’s sort of like the Goldilocks effect: Women like some muscles, but not too many. This is not, however, the case on gay dating apps, where men rated a muscular body as the most attractive quality in men.

Women rated men with mild scarring on their faces as more attractive for short-term flings than unblemished guys, a U.K. study discovered.

Females might see scars as a sign of heightened masculinity, the researchers believe. That’s especially true if the marks were a result of some kind of trauma, since that can advertise good genes or a strong immune system.

According to a study published in the journal Psychology of Music, women were more than three times as likely to give a guy her phone number when he asked for it while holding a guitar case than when he carried a sports bag. Axe-men are generally considered “cool” and “fun,” the researchers say. Plus, musical ability might also signal higher intelligence and good genes—two qualities important to women when choosing a partner.

According to a study from SUNY-New Paltz, people are more likely to favor a man for a long-term relationship if he uses direct opening lines (“I saw you across the room and had to meet you. What’s your name?”) or safe ones (“Do you have the time?”) rather than cocky come-ons (“Shall we talk or continue flirting from a distance?”).

18) Manspreading can be a good thing.

Women rated men who sat with an open body posture—legs spread, arms stretched out—and used hand gestures as hotter than guys who sat with their legs together and arms folded, researchers from the U.K. discovered. Open body language is considered to be a signal of dominance, the researchers say.

Just make sure you’re staying compact if you’re on a crowded subway train.

Simply being in a room with a few vases of flowers can influence the way a woman sees you, research in the journal Social Influence suggests. When flowers were nearby, ladies judged men as sexier and more attractive than they did when the room was empty. Flowers can signal romance and enhance her mood, the researchers say, which may help her view you more favorably.