For two decades AIDS became my life; not just my professional life, but my personal life.

In a drawer of my desk I have a diary. It’s a cheap paperback edition for 1993. Within its pages, in mid-1993, I recorded the names of all the patients I cared for who died during the first decade of AIDS. The number came to over 200. 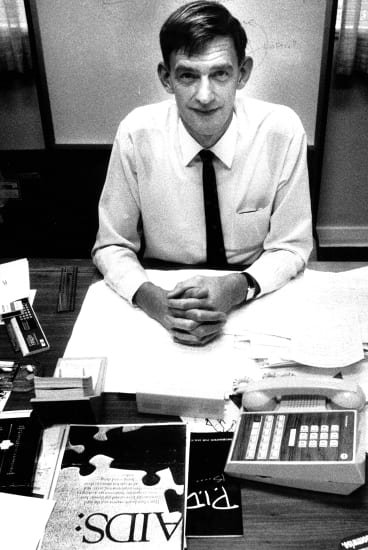 1985: David Bradford in his office at the Melbourne Communicable Diseases Centre in Little Lonsdale Street.

Inevitably, there were more that I had forgotten. Sadly, some of those whose names I recorded in 1993 have become nothing more than names to me now, because I can no longer picture their faces. But I do remember well those who were friends, those who were colleagues, and those whose fight against AIDS particularly inspired me.

In early 1985, I diagnosed my first patient. He was a good friend and his story set the pattern for so many others who were to follow over the next decade.

One morning in February 1985 a handsome but anxious looking young man turned up, unannounced, at the Melbourne Communicable Diseases Centre (MCDC) and demanded to see me.

"You’ve never been here before. You can’t just walk in and expect the director to see you," they’d said to him. "He’s very busy this morning."

But James had been insistent. He claimed I was a friend. Eventually, they’d come and asked. When they told me who he was, I’d said yes at once.

"What is it James?" I asked, taking care to hide the concern in my voice. 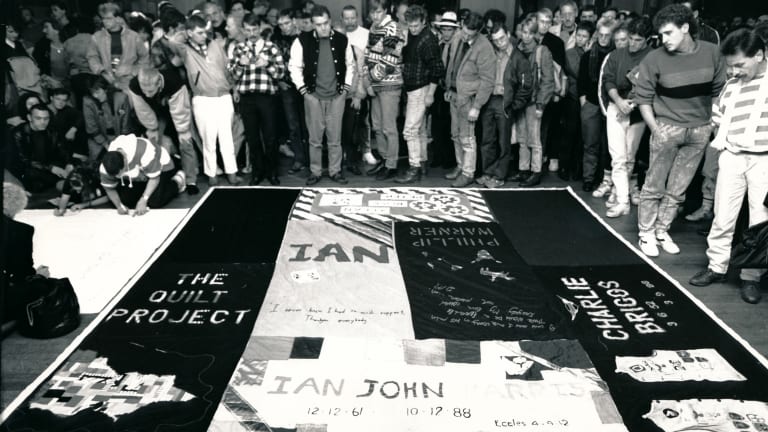 The Melbourne leg of a worldwide AIDS vigil at the Town Hall in May 1989.

Without speaking, he turned and looked at me. Wiry black curls surrounded his finely featured face but his expression was anguished.

Undoing his belt in one swift movement, he dropped his trousers and with a trembling finger pointed to two black spots on his right thigh.

"David, what are these?"

I bent down to look more closely and touched the skin lightly with my fingers. Nestled among the black hairs of his thigh were two round and slightly raised marks like squashed blackberries.

"How long have they been there, James?"

He rolled back the sleeve of his T-shirt and there, clearly outlined on the white skin over the biceps, was another smaller, purplish spot. A small shiver ran down my spine. They were new to me but I recognised these spots. The current medical literature was full of such pictures. 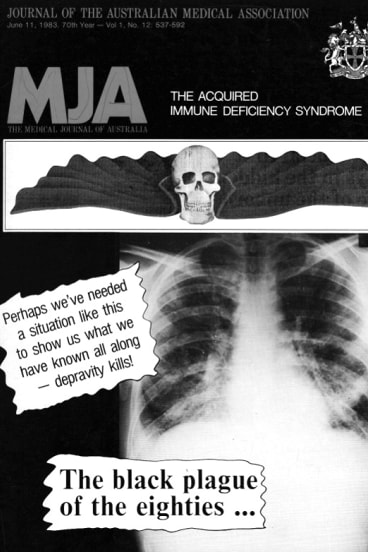 Front cover of the Medical Journal of Australia, 1983.

"James, I’ll have to examine you properly. Strip down to your underpants and lie on that couch."

I took my time, and examined him carefully. James was a fine specimen of young manhood. I had seen his body clad only in a towel – the standard dress at Steamworks – most Wednesday evenings for the last few years. He’d lost weight recently. And there were the black spots, some swollen glands under his arms and a spray of fine snowflakes on the mucus membrane of his mouth and palate.

It all added up. He had AIDS.

His troubled eyes caught mine as I bent over him.

His lower lip quivered and his eyes welled up. I felt a wave of compassion, but I had to be honest.

"James, yes, I think it might be something called Kaposi’s sarcoma."

He gasped: "Kaposi’s sarcoma! That means AIDS, doesn’t it?"

"What sort of tests?" 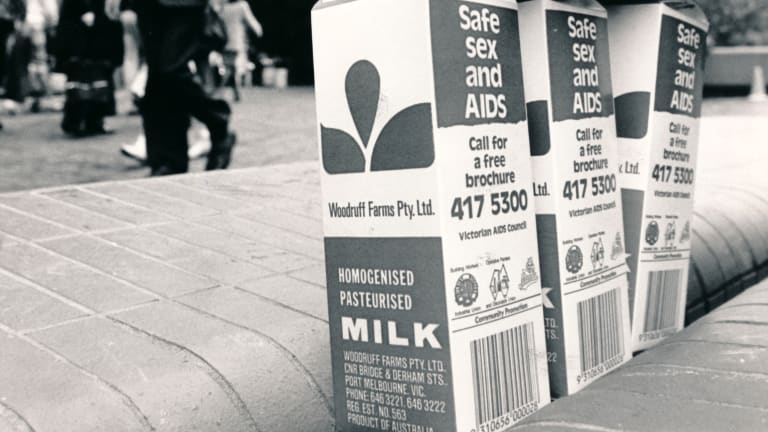 A safe sex campaign on milk cartons by the Victorian AIDS Council in 1987.

"A blood test for the AIDS virus and another to test your immune system. And, if you can cope, I’d like to cut off one of those spots and send it for pathology. It won’t hurt, I’ll give you some local anaesthetic."

He winced, but agreed to have the procedure.

As I worked, I tried to act as if I was in control – the reassuring doctor.

"I mean to get a specialist at Fairfield to see you, James, just as soon as these results come back. There’s new treatments for KS in the States. They’re looking good. The doctors will know all about it at Fairfield." 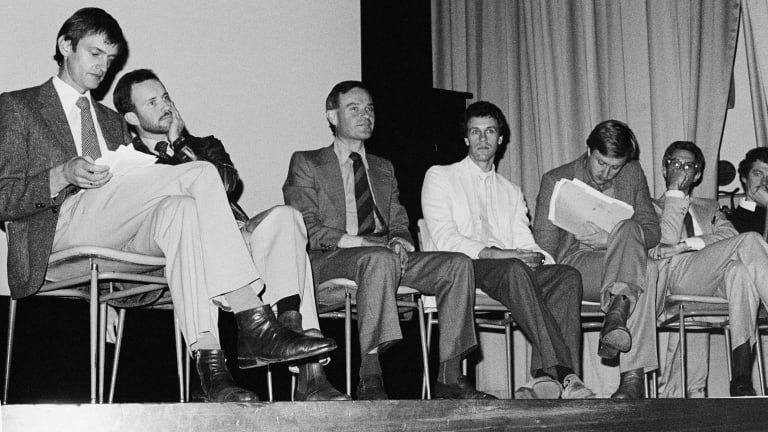 A public meeting about AIDS for the gay community in Melbourne Dental Hospital Auditorium, July 1983. David Bradford can be seen on the far left.

His usual self-confidence had deserted him this morning. James looked like a scared schoolboy. I felt another pang of sympathy for him.

"No, sorry Jamie. I don’t have the facilities here, and I’m not that sort of specialist. I’ll be sending you to see Dr Anne Mijch. She’s lovely, really kind, and knows her stuff."

I dropped the excised black lesion into a jar of formalin, and James managed a weak grin. "One spot gone, Dr David. Couldn’t you cut them all off this morning?"

"I could, but it wouldn’t be much use. Without proper treatment, new ones would soon come back."

I rang Fairfield Infectious Diseases Hospital and spoke to Anne while he dressed. She arranged to see him in a fortnight, when James’ results would be available. I told her James was a personal friend of mine.

James sat hunched in the chair beside me, looking at the floor.

I put my hand on his shoulder.

"Hang in there, mate," I said gently, "we can get through this." 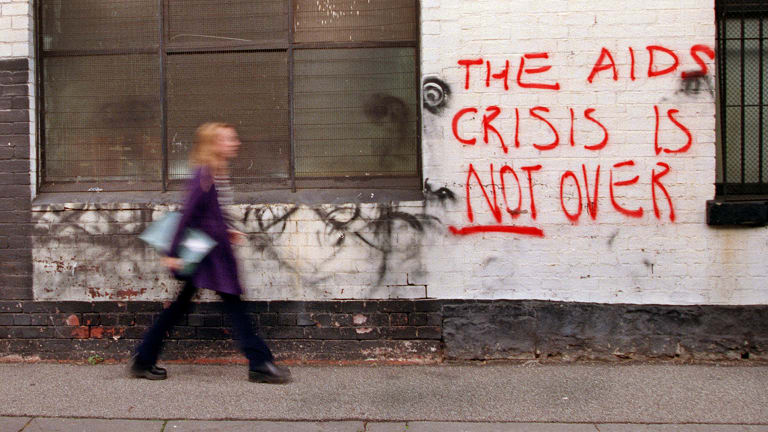 He looked up; his blue eyes met mine. He was trying to draw hope from me, from my expression, from my hand on his shoulder. He dashed away a tear.

I wrote down the time and date for his appointment.

"Is there anyone you can talk to, James? A friend, or a relative?"

He shook his head.

"There’s no one. No one in my family knows I’m gay. I’ve a few gay friends you know – boys from Steamworks – but I couldn’t trust them with this. Everyone’s so shit scared …" 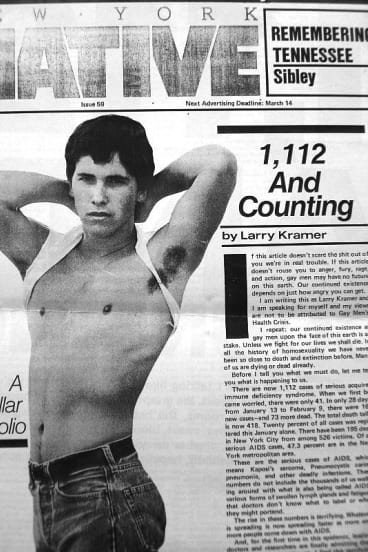 I added my address and home phone number to the piece of paper and handed it to him. "Well, don’t rush into telling anyone. You can contact me any time, day or night. And you know Michael, my partner. If you’re OK with me telling him, then you can use us as support."

He stood to go.

"I’ll phone you as soon as I have results. Meantime, take care and remember you’re not alone. I’m in this with you."

There was a fleeting smile, then I stood too and enfolded him in a long, hard hug.

With a lump in my throat, I watched him leave. It was lunchtime; the consultation had been lengthy. I heard laughter in the staff tearoom. For once, I bypassed it and shut myself in my office. I sat quietly for several minutes, head in hands.

I’d been expecting this for so long. I knew there were likely to be Steamworks clients who would develop AIDS, but why did it have to be a friend? I really liked James. He was such a happy, gregarious, and uncomplicated young man. And, that sexy grin!

The new HIV antibody test had been available at the MCDC for three months now, but I still hadn’t plucked up courage to have the test myself. I realised that I might find KS spots on my own skin next morning in the shower – James’ diagnosis made this possibility real and immediate.

I trembled for the future. Was James just the first of many? Was my practice now to become an endless succession of gay men turning up with AIDS, just as James had done this morning? Was my lot going to be to provide a medical service for my patients as they gradually became weaker, and eventually died because their immune systems had shut down completely?

Michael and I did what we could for James. He often came home for meals. I remember he attended my 44th birthday party in November 1985. He’d now resorted to wearing long-sleeved shirts and long trousers to hide the disfiguring purple spots, and he’d become quiet and withdrawn. I remember talking to him in our back garden that evening as the party went on inside. 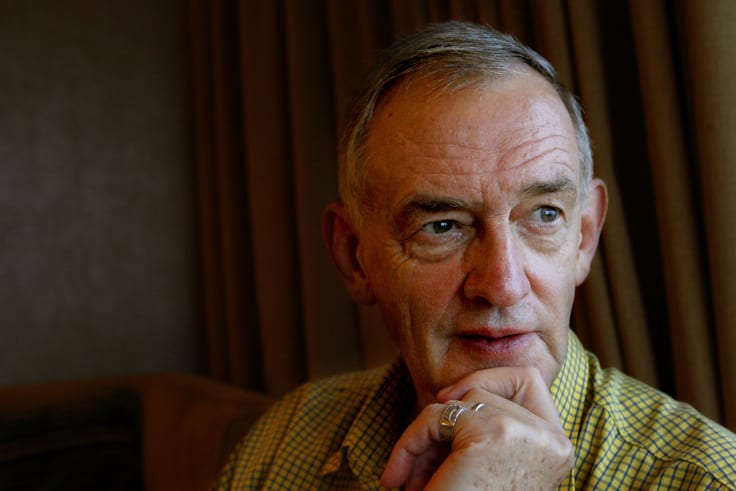 "I feel so hopeless, David," he said. "You and Dr Anne have been wonderfully kind, but I know you can’t really do anything more for me now."

He broke down and cried as I held him there in the quiet of our backyard. I cried too because I knew he was right. With all the technology of modern medicine available to us, we doctors were powerless to cure him. We were unable even to slow down the course of the disease from which he was suffering.

Eventually, James told his family about his sexuality and his diagnosis.

His sister, with whom he had been very close, and his brother-in-law, were supportive and helped explain the situation to his devout parents. But his sister had two small children and couldn’t provide a home for James. Thankfully, a very kind, somewhat older gay man – a good Catholic – opened his house, and undertook to care for James for the rest of his life.

He died a few months short of his 30th birthday. On a bleak afternoon in mid-May 1987, I attended a thanksgiving Mass for his life, held in a Catholic church in Hawthorn. There was a strange mix of gay men, awkward in their suits, and grieving, sometimes bemused family members – a scene that, over the next few years, would become so familiar at countless AIDS funerals. 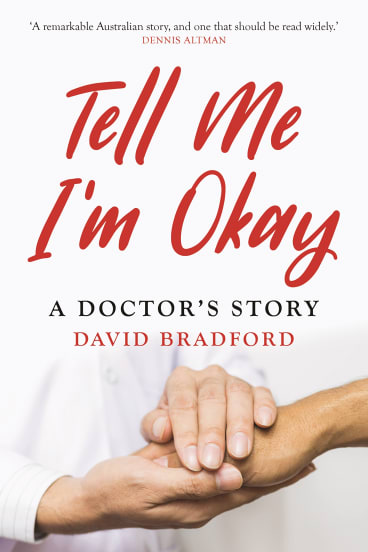 But, unlike many such funerals, James’ family, and the Catholic priest and nuns, made no attempt to gloss over the fact that James had died of AIDS. The printed Order of Service mentioned it several times, and we were led in prayer for people currently suffering from the disease. James’ Maltese family seemed to accept – even welcome – the presence of his many gay friends. Towards the end they played a recording of one of James’ favourite songs from the musical Victor/Victoria: “Oh how I love this crazy world”.

I was asked to give the tribute at the end of the service. I remember saying that James was a man who represented "the best that Australia and Malta could produce". It was a privilege to have been his doctor and his friend.

Then, somewhat uncertainly, as my voice was breaking with sadness, I managed to read the first few stanzas of Dylan Thomas’ “Do not go gentle into that good night”. Many of James’ gay friends and lovers broke down and wept openly as I finished.

This is an edited extract of David Bradford's memoir Tell Me I'm Okay: A Doctor's Story (Monash University Publishing, RRP $29.95)