If you’ve ever stepped onto a scale at a friend’s house or your gym and saw a million different numbers pop up, there’s a very good chance you were standing on something called a body composition scale.

These souped-up scales provide wayyyy more information than the model you probably had in your childhood bathroom. A typical reading tells you the percentages of fat, bone, water, and muscle in your body. Together, these numbers can give you a complete picture of your health—something a run-of-the-mill scale can’t do.

If you want to learn more about body composition, stick around! Here, we explain what each number means and what it can tell you about your risk for certain conditions and your overall wellbeing.

What it is: This is the total mass of skeletal bone in the body. According to smart scale makers Withings, bone mass for women is typically between 2.5 and 4 percent. This changes with age, as our bones reach peak mass in our late 20s, according to the National Institute of Health (NIH).

Why it matters: Low bone mass may increase the risk of fractures, says Eric Pham, MD, a bariatric surgeon and weight loss expert with St. Joseph Hospital in Orange, California. Things like exercise and a diet rich in whole foods will increase bone mass. According to Tufts research, increased bone density can help reduce the risk of osteoporosis.

What it is: This is the percentage of the body’s mass that’s fluid. The human body is 50 to 75 percent water, and how much you have at any given time hinges on age, sex, hormone levels, and hydration. Most women will have 45-60 percent; men 50-65 percent.

Why it matters: Body impedance analysis (BIA—more on this in a bit) can determine the total percentage of water that’s found inside our cells and the percentage outside of the cells, called extracellular water, Dr. Pham says. “Generally, too much extracellular water may be indicative of heart, liver, malnutrition, or kidney disease.”

What it is: Fat percentage consists of both essential body fat and storage body fat. According to Withings, healthy ranges for fat mass are as follows:

Why it matters: “As a general rule, a lower percentage of body fat is indicative of better health,” says Dr. Pham. Men and women with higher body fat percentage are at greater risk for cardiovascular disease, hypertension, diabetes, strokes, and some cancers, Dr. Pham adds.

But it is possible for this number to dip too low. Women with a body fat percentage less than 15 percent can develop a condition called amenorrhea, which is the absence of menstruation, according to the NIH.

What it is: The total mass of skeletal muscle. The body has three types of muscles: skeletal, smooth, and cardiac. Skeletal muscle is under voluntary control (think biceps), smooth muscle contracts autonomously (or without any thought), and cardiac muscle makes up the main tissue of the heart’s walls. According to Withings, healthy ranges for muscle mass are:

Why it matters: Higher muscle mass increases metabolic rate and prevents falls and illnesses, Dr. Pham says. For example, a person who has a higher amount of their weight as muscle mass will burn more calories at rest compared to someone with a lower percentage of muscle mass. A higher level of muscle mass can also protect against developing diabetes, according to research published in the Journal of Clinical Endocrinology and Metabolism.

“Fat mass causes hypertension and diabetes due to insulin resistance,” Dr. Pham says. “As we age, we lose muscle mass and are more prone to falls. Loss of muscle mass causes loss of balance and strength as commonly seen in the elderly. This is why exercise is critical.”

So how do I measure all these things?

We’re glad you asked. There are loads of scales on the market right now that you can purchase with the technology that gives you a body composition readout, which is called Bioelectrical Impedance Analysis (BIA).

BIA sends a very low, safe electrical signal through your feet and into the body. This signal meets resistance when it hits fat tissue, and passes quickly through the water in the body. The resistance, known as impedance, is what the device uses to determine your body composition percentages. 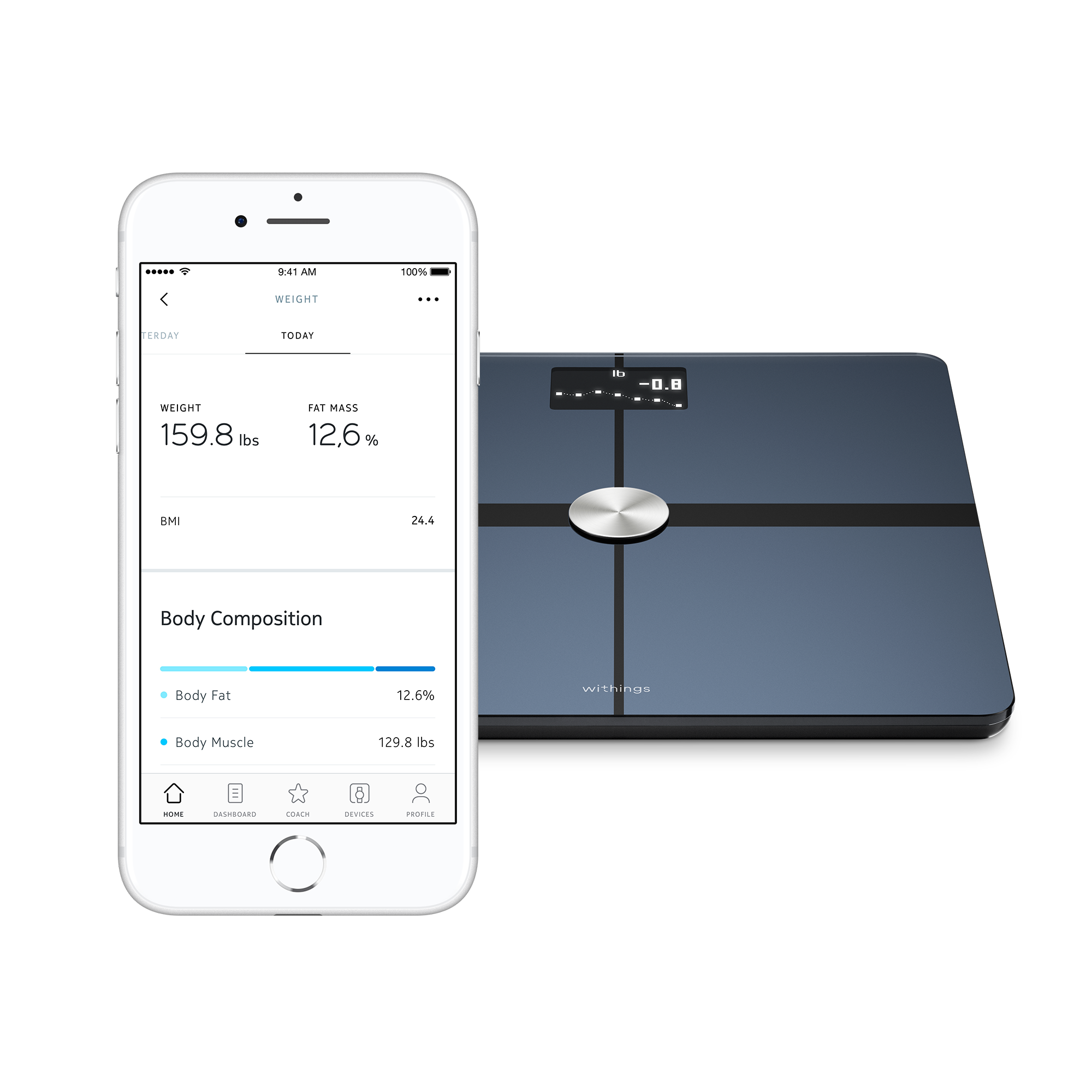 Before you get too hung up on your numbers, though, remember that this is just one part of the bigger picture. Make sure that you’re dedicating time to other aspects of a healthy routine and lifestyle, like what you’re putting into your body and the amount of sleep you’re getting (both factors that can affect these readouts, as well).

From: Men’s Health US