What does ape dung tell us about human health? Gut bacteria in primates’ faeces suggests we are deficient in fibre

The faeces of apes suggests humans are deficient in fibre, new research has revealed.

A lack of fibre during certain periods of the year causes apes to produce more of a specific bacteria that breaks down the protective mucous layer in their guts, a study found.

Study author Dr Brent Williams, from Columbia University, said: ‘Many humans may be living in a constant state of fibre deficiency.

‘Such a state may be promoting the growth of bacteria that degrade our protective mucous layer, which may have implications for intestinal inflammation, even colon cancer.’

The researchers are thought to have analysed apes over humans due to the primates being our closest living relatives, as well as such studies being easier to carry out on animals.

Results suggest apes’ microbiomes change with the seasons, alongside their diets, with certain gut bacteria being more predominant during summer, when they eat fruit, compared to winter, when their main food source is fibrous leaves and bark. 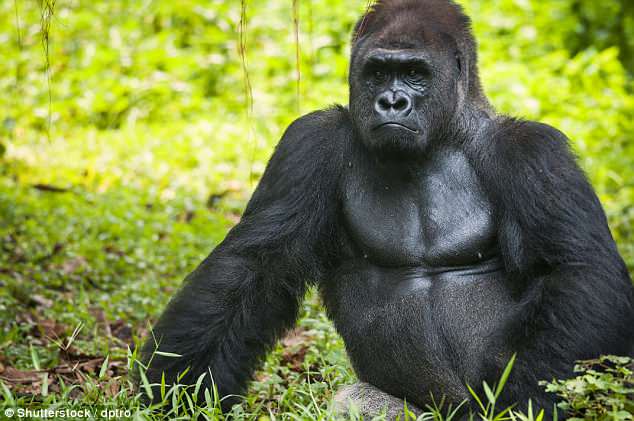 A bottle of water a day that boosts youngsters’ ‘good’ bacteria may combat childhood obesity, research revealed in June 2017.

Water containing a prebiotic supplement should make obese children a healthy weight after just one year, a study found.

This compared to a 17.6lb (8kg) weight gain among children receiving a placebo, the research adds.

Study author Professor Raylene Reimer from the University of Calgary, said: ‘Powdered fiber, mixed in a water bottle, taken once a day is all we asked the children to change, and we got, what we consider, some pretty exciting results – it has been fantastic.’

The researchers asked 42 obese or overweight children aged seven to 12 years old to receive either a prebiotic, known as oligofructose-enriched inulin, or placebo once a day for 16 weeks.

The prebiotic was a white powder mixed in water.

Prebiotics are indigestible food ingredients, such as fiber, that act as fertilizers to stimulate the growth of bugs in the digestive tract. Probiotics specifically introduce new bacteria into the gut.

Dr Williams said: ‘The fact that our microbiomes are so different from our nearest living evolutionary relatives says something about how much we’ve changed our diets, consuming more protein and animal fat at the expense of fibre.’

‘Bacteria that help gorillas break down fibrous plants are replaced once a year by another group of bacteria that feed on the mucous layer in their gut during the months they are eating fruits.’

These microbial changes mimic those of the Hadza hunter gatherers in Tanzania, who also alter their diets seasonally.

The researchers add future studies should investigate how gut bacteria influences human health and the risk of disease.

The researchers analysed the faeces of great apes living in the Republic of Congo.

Faeces were collected over three years to determine how the animals’ gut bacteria changes seasonally.

The findings were published in the journal Nature Communications.

This comes after research released earlier this month suggested a handful of walnuts a day may prevent heart disease and bowel cancer.

Eating just a third of a cup of walnuts for six weeks significantly reduces the production of excess bile acids, as well as lowering ‘bad’ cholesterol levels, a study by the University of Illinois found.

Previous research has linked such bile acids to bowel cancer, while lower cholesterol levels are associated with a reduced risk of heart disease.

The scientists also found that despite walnuts being relatively high in calories, with around 28 per nut, only 80 percent of them are absorbed, with gut bacteria using up the remaining 20 percent.