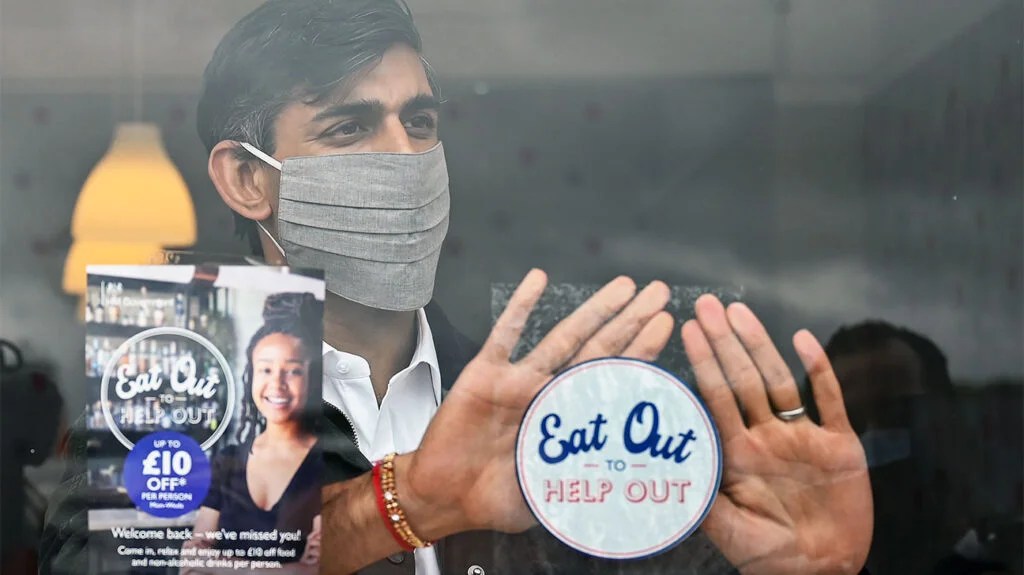 Since the first lockdowns began, scientists worldwide have been debating the influence of different environments and behaviors on the spread of SARS-CoV-2.

Initially, experts did not know if the virus was airborne, transmitted by touching surfaces, or both.

Over the months and years, scientists have begun to determine how different physical distancing and lockdown measures affected the spread of SARS-CoV-2.

While not all of this research is conclusive, a picture is emerging that can help governments understand which measures have the most impact.

Existing research from the United States has shown that reopening restaurants is predicted to have a greater impact on infection rates than reopening any other retail outlet. However, the applicability of this to other countries was not clear.

Now, a paper in The Economic Journal has shown that the U.K. government’s Eat Out to Help Out scheme to encourage people to visit restaurants, cafes, bars, and pubs in August 2020 could have contributed to the spread of SARS-CoV-2 in England.

The scheme gave individuals up to £10 off eligible food and nonalcoholic drinks purchased in restaurants and pubs from Monday to Wednesday between August 3 and August 31, 2020. Experts estimate that the government subsidized 160 million meals at a total taxpayer cost of £849 million.

Author of the paper, Prof. Thiemo Fetzer, a professor of economics at the University of Warwick in the U.K., spoke with Medical News Today.

He explained that even before the government introduced the Eat Out to Help Out scheme, there was evidence that indoor mixing could drive up infection rates. He set out to prove a causal link between the scheme and infection rates in England at the time.

“COVID-19 is not going away anytime soon, and it’s imperative that we learn from this pandemic to make our societies more robust. In a bizarre way, through the U.K.’s failure and errors in responding to the pandemic, academics can now use it to produce knowledge that benefits other countries.”

“I am not sure whether this is the type of global leadership that any government should aspire to — we too quickly lose sight that behind every COVID-19 case, there is a story and a family tragedy.”

First, Prof. Fetzer used data from the OpenTable network to show that the Eat Out to Help Out scheme had encouraged people to go to restaurants in August. This data demonstrated that table reservations had risen throughout August before dropping again in September.

He identified that areas with high take-up of the scheme had higher rates of new COVID-19 cases than areas with lower take-up.

Interestingly, areas with higher rainfall during meal times on the days the scheme was active — meaning people were less likely to go to a restaurant — had a lower infection rate. The scientists did not observe this pattern on days when the discount was unavailable or when rainfall was outside core lunch and dinner hours.

In conclusion, Prof. Fetzer argues that the Eat Out to Help Out scheme not only drove the spread of SARS-CoV-2 in England in August and September 2020, but it can be estimated that it contributed to around 11% of all cases detected during that time.

This translates to up to 69,008 COVID-19 cases that can be directly and indirectly attributed to the scheme, he says in the paper.

Prof. Trish Greenhalgh, professor of primary care health sciences at the University of Oxford, was cautious about concurring with the study’s findings that the Eat Out to Help Out scheme had caused an increase in SARS-CoV-2 infections. However, she argued, “the links are extremely plausible.”

“We know that speaking, which happens when dining together, increases the emission of viral particles. We know that almost half of all [SARS-CoV-2] infections are caught from people who have no symptoms at the time. We know that the Eat Out to Help Out scheme was ‘successful’ in that a lot of people took up the incentive who may not have eaten out otherwise.”

“All these facts make it highly plausible that these increased cases are due to the Eat Out to Help Out scheme.”

For live updates on the latest developments regarding the novel coronavirus and COVID-19, click here.