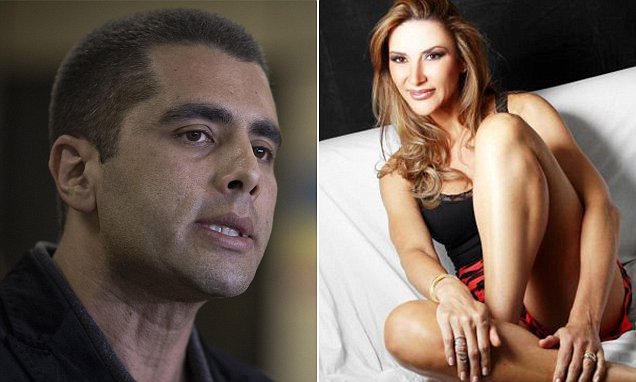 Former BAAPS President, Rajiv Grover, told MailOnline that falsifying qualifications is ‘easy’ within the industry – and urges prospective patients to be more scrupulous on their choice of specialist.

Soon afterwards, she fell ill and began gasping for air. Furtado took her to the local Barra D’Or hospital, where she was admitted at 11pm in an ‘extremely severe condition, unresponsive to manoeuvres’.

However, despite the efforts of hospital staff, she died at 1am the next morning.

Furtado is now charged with her murder. 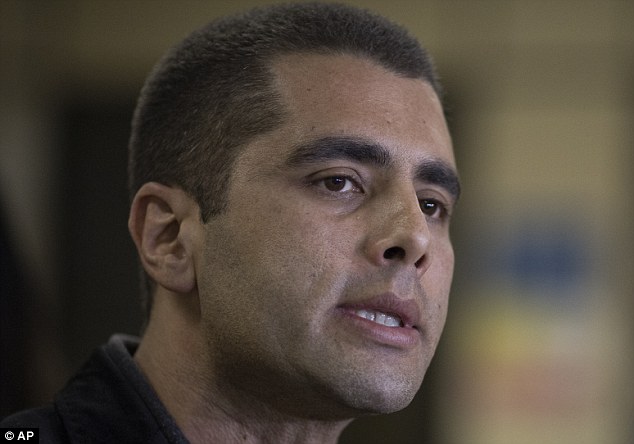 Urging others to be more careful in light of this, Dr Grover said the trend of doctors performing outside of their remit is relatively common.

In fact, he says it’s an area of cosmetic surgery that ‘continues to flourish’.

‘The British Association of Aesthetic and Plastic Surgeons is unable to comment on individual cases, and this is of paramount importance when criminal behaviour may be involved,’ he said.

‘Nevertheless, this appalling account must be used as an opportunity to educate about the dangers of practices that BAAPS has previously condemned, but which continue to flourish.

‘The Brazilian Plastic Surgery Society have confirmed that Dr Furtado was not a trained plastic surgeon, and have stated that procedures should never be carried out in private homes [which Calixto’s was].’

WHAT IS A BRAZILIAN BUM LIFT?

A Brazilian Bum Lift uses fat transferred from other areas, such as the love handles, to provide patients with a fuller derriere. Synthetic filler can also be used in place of fat.

Clinics report the procedure, which costs between £6,500 and £10,000, has seen more than a 50 per cent increase compared to five years ago.

The procedure’s nickname was coined in 1996 after Dr Leonard Grossman was filmed performing fat transfer surgery on a patient from Brazil.

The surgery takes anywhere from one to two hours to perform. The amount of downtime ranges from one to three weeks, plastic surgeons claim.

Ironically, Ms Calixto’s stepdaughter, Alessandro Jambert, told Brazil’s Extra newspaper sh’d chosen to have the procedure with Furtado ‘on the recommendation of others’.

She said: ‘Her friends did it, liked it and recommended him. He is a really famous doctor, and she was going to have it done in his own apartment.’

This scenario, Grover stresses, has become increasingly possible because surgeons can easily achieve ‘celebrity’ status via social media – which people confuse with capability.

‘It’s impossible to consider this case without acknowledging Dr Furtado`s tremendous 650,000 Instagram followers, which is thus encouraging him being described as a celebrity,’ he adds.

‘This should be a wake-up call – not only to prospective patients, who must realise that popularity does not equal qualifications, but also to those who regulate advertising.’

He added that cosmetic surgery and aesthetic medicine marketing efforts on social media are not monitored by the Advertising Standards Authority.

‘This allows clinics` campaigns to target young and vulnerable people in a way that capitalises on negative body image, glamourising the results and never conveying the risks. 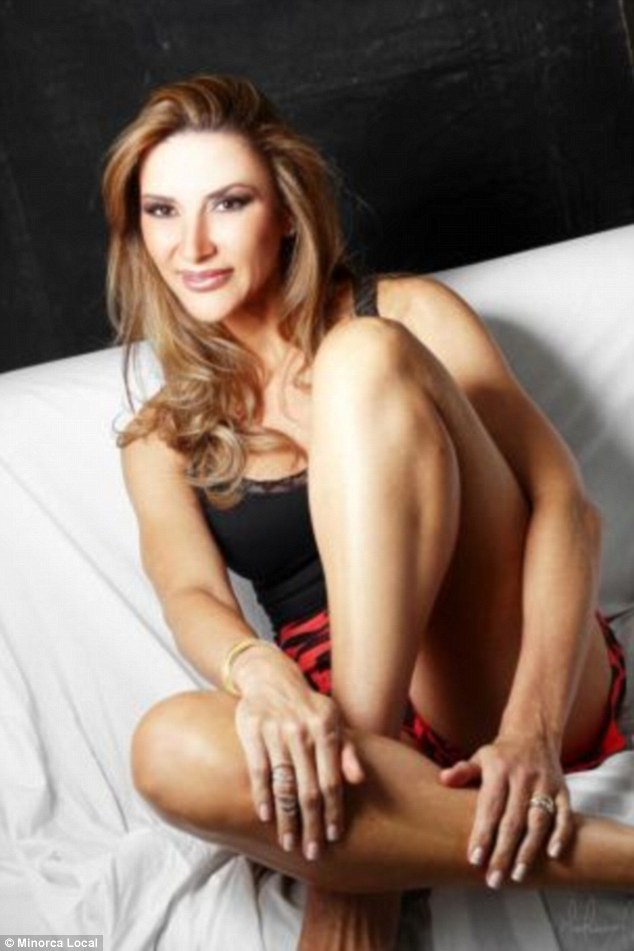 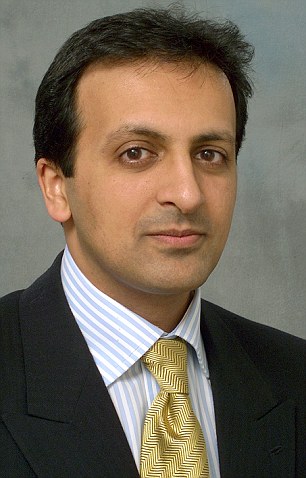 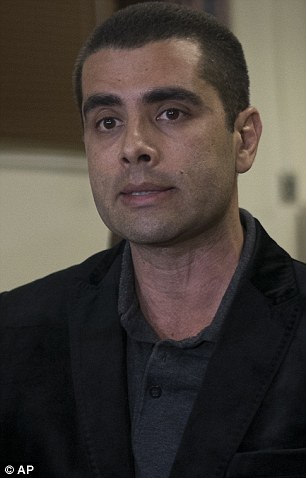 ‘We have seen this unconscionable behaviour time and again by even the most-recognised high street surgery chains.

‘The lack of scrutiny or consequences they face sets the tone for smaller, less-accountable clinics – a process that normalises shocking and harmful commoditisation of medical treatment.

‘We urge the ASA as well as the Government to take action to ban these unethical marketing practices, which – as this devastating story demonstrates – is putting lives at risk.’

The fatal case of Lilian Calixto 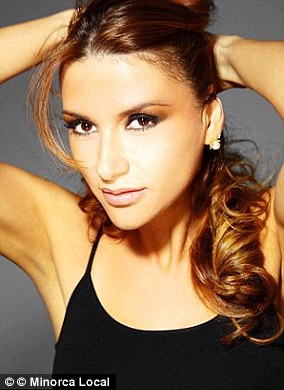 Loss: The mother-of-two had been meticulous about researching the surgery

HSBC bank manager Lilian Calixto, 46, travelled to Rio de Janeiro to undergo the procedure at the home of renowned ‘surgeon to the stars’ Dr Denis Furtado.

It is believed she had booked to have PMMA acrylic fillers injected to increase the size of her buttocks, as well as a hormone implant to treat symptoms of the menopause.

Soon after receiving the injections at 10pm, she reportedly fell ill and started gasping for air, and her condition quickly deteriorated.

Furtado took her to the local Barra D’Or hospital, where she was admitted at 11pm in an ‘extremely severe condition, unresponsive to manoeuvres’.

Despite the efforts of hospital staff, she died at 1am the next morning.

According to a source at the hospital, the surgeon inadvertently injected the product into one of Ms Calixto’s arteries, resulting in the formation of a clot that would have ruptured in her heart. 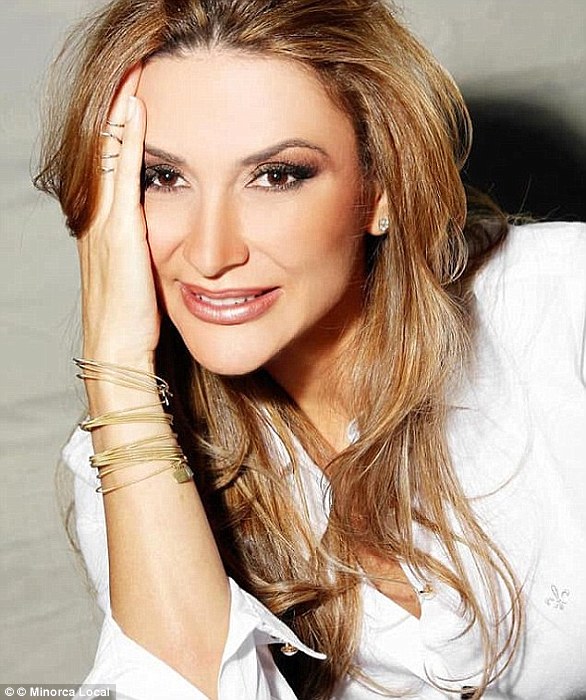 According to sources, the surgeon inadvertently injected the product into one of Ms Calixto’s arteries, resulting in a clot that would have ruptured in her heart

Ms Calixto’s stepdaughter, Alessandro Jambert, told Brazil’s Extra newspaper she was the only one who knew about the buttom surgery and said she had chose to have the procedure with Furtado ‘on the recommendation of others’.

She said: ‘Her friends did it, liked it and recommended him. He is a really famous doctor, and she was going to have it done in his own apartment.’

A friend, who asked not to be named, said that Ms Calixto ‘was very meticulous, very careful, really organised. She didn’t do things any which way.

‘We believe that somehow she was tricked.’