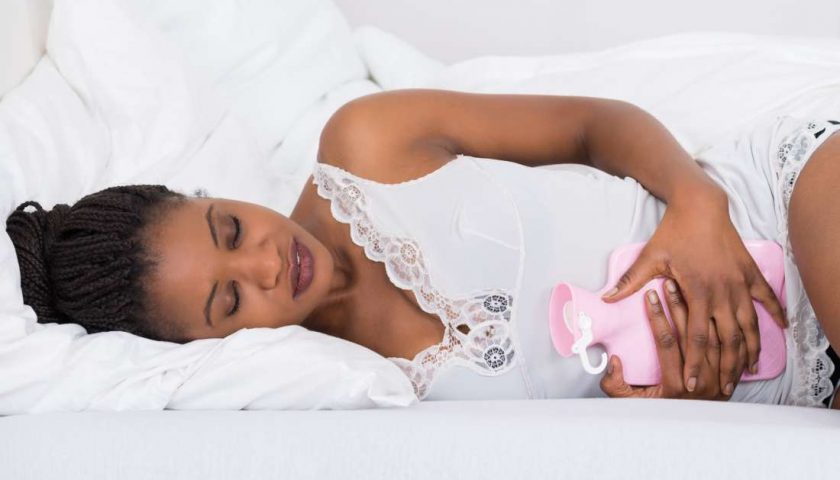 As of 2017, the world’s population numbers 7.53 billion people, of which 3.73 billion are born with female genitalia.

Virtually all of them do, have, or will go through menstruation (period), the part of the menstrual cycle in which the uterus sheds mucosal tissue alongside blood through the vagina.

Periods can last between 3 and 7 days and usually occur every 28 days, though menstrual cycle lengths can vary.

Although this biological process affects about half of the world’s population, many myths and misconceptions about it persist.

Cultures around the world still vilify menstruation, and consider period blood “dirty” and “impure,” and menstruation itself as a taboo topic.

For instance, although this practice is now mostly illegal, some communities — as a series of recent tragedies in Nepal suggest — still have the so-called “menstruation huts,” in which women on their period spend the days in which they bleed in complete isolation.

Though this is an extreme example, there are many smaller myths and misconceptions related to menstruation that remain in circulation across the globe.

Read this Spotlight feature to find out what some of the most popular misconceptions are, and why they are untrue.

1. Sex on your period

Some of the most widespread myths regarding menstruation gravitate around sex while on your period, with the top contender likely being that you cannot get pregnant while menstruating.

However, this idea is entirely false. While it is true that, in many individuals, menstruation is the period when they are least fertile, it really depends on the length of their monthly cycles.

Peak fertility occurs during the ovulation stage — which usually kicks in approximately 12 to 16 days before the start of the next period — when the ovaries produce and release fresh ovules (eggs).

And while most menstrual cycles last about 28 days, some cycles can be as short as 21 days, which also impacts when ovulation takes place. Moreover, sperm can live inside the genital tract for up to 5 days or, according to some sources even 7 days.

Thus, having unprotected vaginal sex during your period could mean that the sperm gets to linger for just long enough to coincide with ovulation and fertilize an egg, resulting in pregnancy.

Moreover, if you have unprotected sex during menstruation, the risk for getting a sexually transmitted infection (STI) — including HIV — or a yeast infection, due to the hormonal changes that occur at this time.

Vaginal-penile sex during a period can also, in some cases, cause inflammation of the penis head — a type of infection called “balanitis.”

Still, as long as you take all necessary precautions to avoid an unwanted pregnancy and the transmission of STIs, there is no reason not enjoy sex while on your period — to the contrary, in fact, as sex can help relieve cramps and improve your mood.

However, recent guidelines from the National Women’s Health Network indicate that it is just fine to suppress menstruation through birth control pills, and most gynecologists agree that this approach is typically safe.

Some people even argue that, outside of their role in reproduction, periods are unnecessary, and can be more trouble than they are worth.

For instance, James Segars, from the department of gynecology and obstetrics at Johns Hopkins University in Baltimore, MD, told The Atlantic that, “Having a monthly period is reassuring, but it is certainly not necessary.”

“And with these long-term, reversible contraceptives, the failure rate is really, really low so women can benefit a lot from them.”

For many individuals, menstruation symptoms can be severe and interfere with their normal functioning and quality of life. They may experience heavy bleeding, disabling pain, and other unpleasant symptoms, such as migraines and nausea.

Those with dysmenorrhea (painful periods) or certain conditions that cause troublesome symptoms, such as endometriosis, may decide, in agreement with their doctors, that skipping several periods, or skipping menstruation continuously, is the best option for their health and productivity.

3. Shouldn’t have a bath

Some think that having a bath or even taking a shower during your period is unsafe. This is either because hot water stimulates bleeding, or because the water stops you from bleeding, which can have ill effects.

Bleeding does not stop following full immersion in water. However, the pressure from the water may temporarily prevent the blood from flowing out of the vagina.

There is no reason not to have a bath or shower during your period. Most likely, relaxing in a bubble bath and feeling cleaner as a result of it will improve your mood and help you cope with menstruation symptoms a little better.

Furthermore, it is better and healthier to use water and soap to clean the vulva than wipes or other products. This is because many intimate care products can disrupt the delicate bacterial balance in the genital area, making it easier for infections to take hold.

A study that Medical News Today reported on last year found a “strong correlation” between the use of intimate care products, such as gel sanitizers and vaginal cleansers, and a heightened risk of infection.

Plus, having a hot bath could bring a host of other health benefits. One study covered on MNT last year suggested that baths may reduce inflammation and improve blood sugar.

One pervasive question surrounding periods is whether can they actually sync. For example, if two or more women spend enough time together, perhaps as roommates, will they have periods at the same time?

One person, speaking to Medical News Today, said that she was even taught about period synchrony in school, and was still wondering whether the notion was accurate.

“I heard about period syncing a long time ago when I studied in an all-girls’ school. Then, when I started living with [my two female roommates], I noticed we often had periods around the same time. [Another friend] says that this is due to an alpha-female releasing hormones that affect the period cycles of other women around her.”

So is any of this true? After all, many of us are likely to have experienced “period syncing” at some point, in a school, work, or home-sharing environment.

The notion of “period synchrony” first appeared as a scientific idea in a 1971 Nature article. This article argued that women who lived in close quarters — roommates in a college dorm — or who were close friends, experienced increased menstruation synchrony.

The study’s authors believed that this probably happened because the women who lived so closely together “exchanged” pheromones over time, which eventually led to this phenomenon.

One primary worry is that inserting a tampon can break the hymen, which, as popular misconception has it, is a “mark of virginity.”

In reality, the hymen is a stretchy membrane that lines the opening of the vagina and does not ordinarily cover the vaginal opening. If this were the case, the hymen would block menstrual blood and other types of discharge from leaving the body. This would be dangerous, requiring surgical intervention to correct.

Because the hymen is stretchy, inserting an object as small as a tampon will not cause any tears. And since, during menstruation, the blood lubricates the vagina, inserting a tampon should not be uncomfortable, if done correctly.

If still uncomfortable, try using a lubricant to help slide the tampon in. A person should always change tampons regularly, as recommended, about every 4-8 hours. It is essential that a person does this otherwise the accumulated blood, tissue, and bacteria could cause toxic shock syndrome.

A second myth that many first-time tampon users have encountered is that a tampon could get lost inside the vagina.

This is just not true because there is nowhere for the tampon to go. The cervix is at the top of the vagina, and its opening is much too small for a tampon to penetrate.

Moreover, vaginas are only about 3.77 inches (9.6 centimeters) deep, on average, and tampons come with strings that aid removal. So, if the tampon does happen to ride up somewhat, you can always easily search for the string and pull the tampon out carefully.

Should you ever encounter a piece of information that you are unsure about, or which you find alarming, speak to a nurse or a doctor, who will be able to fact check it for you. Myths and misconceptions have no place in healthcare.