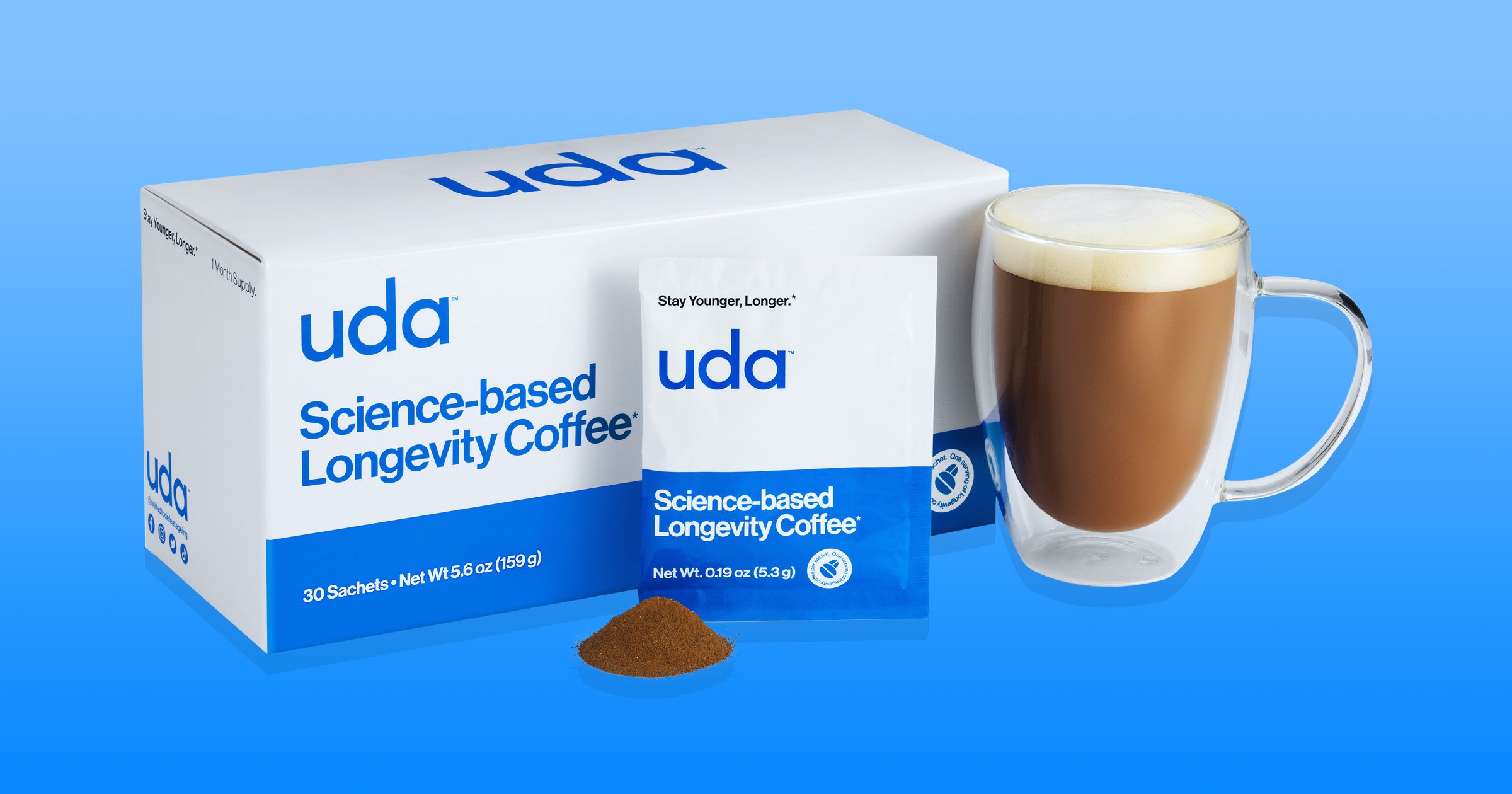 Forget electricity and the internet – this is the scientific discovery we’ve been waiting for.

A staggering 50% of Brits agree they are worried about getting old, but UDA’s Science-Based Longevity Coffee may just hold the key to looking younger for longer.

UDA has formulated a first-of-its-kind coffee formula, backed by Oxford and Harvard scientists, which helps extend wellbeing for longer, by offering a scientifically-engineered blend of supplements that target the core pathways of ageing.

For a one month supply of coffee, buyers will need to fork out £90, or if you want to subscribe for monthly coffee deliveries, it comes in at £81 per month – more than three times the amount of a Pret coffee subscription.

But could the price be worth it to turn back the clock?

Dr Avi Roy, UDA CEO, said: ‘Our researchers have combined seven ingredients to enhance your metabolism, provide you with rich antioxidants, boost immunity, and aid with stress and resilience.

‘These ingredients are Quercetin, L-theanine, Alpha-ketoglutarate, Ashwagandha, Curcumin, NMN and Vitamin D – all of which have amazing longevity benefits.’

He said: ‘Quercetin is a known anti-inflammatory and anti-oxidant.

‘On top of its proven effects in mitigating cellular damage, scientists have recently found that it is able to directly remove harmful older cells before they accumulate in the body.’

‘AKG is produced by the body during metabolism, but as we age, scientists have shown that AKG levels decline, and this is linked with functional decline,’ said Dr Tumiel.

‘AKG has been studied by longevity scientists, who have shown that supplementing the AKG that is lost with age can reverse biological ageing by 8 years or more.’

He said: ‘Ashwagandha is revered for its adaptogenic properties and has been used for millennia to relieve stress, fatigue, and insomnia.

‘A rich source of phytochemicals, Ashwagandha has been proven to support the body and aid recovery while also acting synergistically with coffee.’

‘L-theanine is an amino acid that has been used by many to enhance the experience of drinking coffee,’ said Dr Tumiel.

‘Not only does it make the experience smoother and richer, but brain-scan studies have shown that L-theanine on its own can enhance focus, attention, and clarity of thought.’

‘It also enhances immune system function, which is otherwise known to decline with age,’ he said.

Dr Tumiel said: ‘Vitamin D is made naturally in our skin upon exposure to sunlight, but scientists have shown that a large percentage of adults are deficient.

‘Vitamin D is not only involved in promoting healthy skeletal ageing but is also incredibly important in the signalling molecule which interacts with genes known to be associated with healthy longevity.’

He said: ‘Nicotinamide mononucleotide is one of the most promising longevity molecules right now.

‘NMN directly increases levels of a key signalling molecule called NAD, which declines with age and is linked to loss of DNA repair and maintenance ability.

‘NMN has been studied by scientists for its ability to reverse several key components of the ageing process.’

And if you’d still rather stick to your preferred brand of coffee, UDA still have some good news for you.

They looked at 171,000 Britons and found those who drank two cups of coffee a day were between less likely to die of cancer or heart disease than non-coffee drinkers.

They were also at lower risk of premature death, so while it may not have the super boost that UDA’s coffee does, you can still reap some benefits.