A cure for the common cold will be available in the next 10 years, reveals scientist

Some people get barely any symptoms and recover rapidly. Others end up confined to bed, surrounded by used tissues.

For those with compromised immune systems or respiratory conditions, it can even be life-threatening.

We’d all dearly like to see a cure for the common cold, but it never quite seems to arrive. So what’s the hold up – and will it be over soon?

Here, in a piece for The Conversation, an immunologist believes scientists will find a cure for the cold within the next 10 years.

But Professor Peter Barlow, of Edinburgh Napier University, said it would be unwise to dole out the cure to everyone because the bug could mutate, such as that seen in antibiotic resistance. 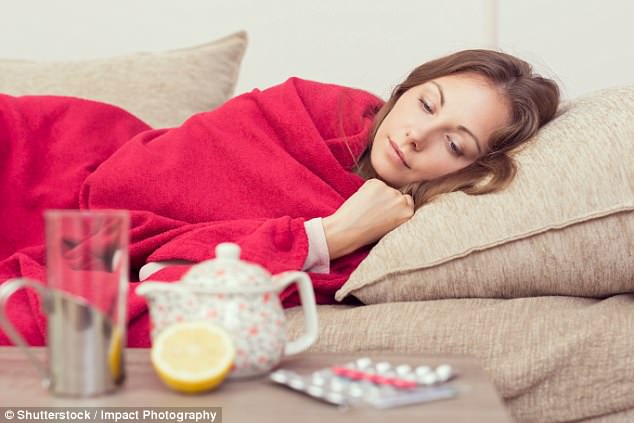 The most common variety of common cold is rhinovirus, which accounts for around 50 per cent of all infections

The common cold is actually a catch-all term for a variety of viral infections that cause sore throats, headaches, coughs and sneezes.

Men may be predisposed to suffer more from these symptoms, though the existence of ‘man flu’ is a subject for another day.

The most common variety of common cold is rhinovirus, which accounts for around 50 per cent of all infections (it gets its name not directly from the wild animal but because ‘rhino’ is Greek for ‘nose’).

Kids are usually infected between eight and 12 times a year, adults more like two or three times.

Other viruses that we also think of as the common cold include adenovirus, respiratory syncytial virus and influenza virus. But for most scientists in this field, cracking rhinovirus is the number one challenge.

Rhinovirus is not just one organism. There are currently over 160 different strains, and it’s extremely difficult to make a vaccine or antiviral that will cover all of them.

There are only around 90 to 95 antivirals in total – far fewer than our arsenal of antibiotics – and none have been licensed for use against rhinovirus.

A few show some activity against certain strains, but are ineffective against others. The chances of an antiviral emerging that can directly kill all strains look slim at present.

A number of groups across the globe are working hard to find alternative solutions – I’ve just co-authored a review paper that documents the latest progress.

Many groups are trying to manipulate the proteins inside the cells of the host, since they are vital for virus replication. This may be an incredibly effective way to halt the virus spreading to other cells in the body. 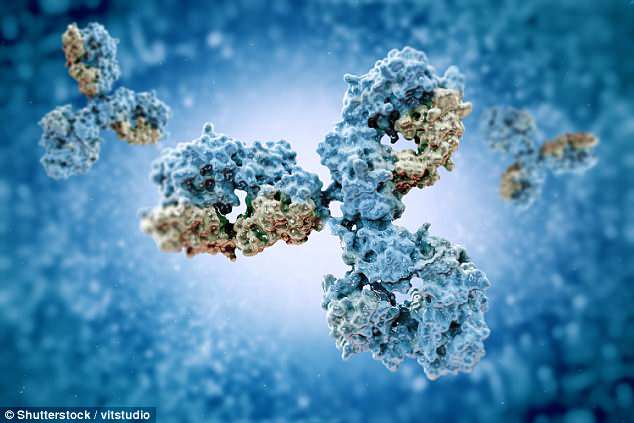 Many groups of scientists are trying to manipulate the proteins inside the cells of the host, since they are vital for virus replication (stock)

One exciting prospect emerged very recently from Imperial College, London: a synthetic compound that targets enzymes in the cells that the virus infects, known as NMT1 and NMT2, and prevents them from being used during viral replication.

Another team in Canada is working on compounds that can inhibit a different class of human enzymes, called PI4KB, that are also required for the virus to replicate.

Several teams in the US, as well as in the Pirbright Institute in the south of England, are working on a different approach.

They have been trying to halt the infection using particular antibodies, known as neutralising antibodies, which work against different proteins within the virus.

Yet the number and diversity of rhinoviruses around the world has meant that a universal antibody has yet to be developed.

My research group is trying to solve the problem from yet another angle.

THE FACTS YOU DIDN’T KNOW ABOUT THE COMMON COLD

THERE ARE OVER 200 DIFFERENT STRAINS OF COLD

Out of 200 different strains of cold, the rinovirus – or nose virus – is one of the most common. Viruses are microscopic – it would take 50,000 rhinoviruses lined up back to back to cover just one millimetre. Worse still, you can easily catch two different strains one after the other.

THE COLD IS THE MOST COMMON DISEASE IN THE WORLD

Common colds are so widespread very few humans escape infection and most will suffer from multiple colds during their life. Experts estimate there are at least 20 million colds circulating London alone every year. Most adults suffer two to five colds each year while infants and children suffer from an average of four to eight colds every year.

WOMEN ARE MORE LIKELY TO CATCH COLDS THAN MEN

In general, women catch more colds than men. It is thought that this is because they have more contact with young children and children tend to be the breeding ground for viruses. Another explanation is that some women – such as those trying to juggle a career with babies – lead more stressful lives than men and therefore have reduced immunity to colds.

YOUR SNEEZES TRAVEL AT 90 MILES AN HOUR

One of the easiest ways to catch a cold is through someone sneezing on you. Droplets produced by a sneeze can travel at 90 miles per hour and can reach people within a 30 foot radius. A sneeze tends to hit other people at face level and is breathed in by the victim. So next time you sneeze remember to cover your face!

We are working on a family of molecules known as host defence peptides or antimicrobial peptides, which are a key part of people’s frontline immune response against viruses.

As well as humans, they are found in many other mammals, plants and insects.

We and others have shown that these peptides can kill a wide range of bacteria, fungi and viruses.

For example, one of our studies showed that a peptide found in the human immune system, known as cathelicidin, was incredibly effective at killing the influenza virus at a level comparable with current anti-influenza drugs.

More recently, we investigated whether this same human cathelicidin peptide could kill rhinovirus and were excited to find that it did.

We found that cathelicidins from other animals such as pigs were very effective at killing this human virus, too – raising the prospect that peptides from the immune systems of other mammals could be employed to fight this infection.

This is just the first step in a long path, however. Now we hope to modify these peptides to make them more stable and effective, not only against rhinovirus and influenza but also against other varieties of cold virus.

And so far all our work has only been at the lab bench, and against only one common strain of rhinovirus: the next step will be to progress into animal and finally human clinical trials.

Each of the three described approaches is at a similar stage of development. It is very difficult to put a timeframe on these things, but they are all probably about five to ten years from potentially producing a viable treatment.

Yet when the day finally comes that science cracks the common cold, we will need to be extremely cautious.

It is worth drawing a parallel with antibiotics: just as antibiotic resistance is an increasingly serious problem, the same thing can happen with viral treatments.

It would therefore be unwise to start doling out the ‘cold cure’ to everyone who has a cold.

Instead, I would suggest keeping for those who need it most, such as asthmatics and those with compromised immune systems.

The rest of us will probably have to keep fighting off colds the slower traditional way – boxes of tissues, the body’s natural defences and lots of hot drinks.