The UK is hurtling towards a ‘cataract catastrophe’ with demand for the operation set to soar by 50%… but there won’t be enough surgeons to perform them, warns expert

The UK is heading for a cataracts crisis because not enough surgeons will be available to perform the rising number of eye operations, an expert claims.

The Royal College of Ophthalmologists last year warned that due to a rapidly ageing population, the number of required cataract operations is expected to jump by 50 per cent over the next 20 years.

Yet in his new book ‘The Complete Patient’s Guide to Cataract Surgery’, leading eye surgeon David Allamby claimed there simply will not be enough specialists to cope with the soaring demand.

Yet the Government’s 10-year freeze in new training posts for ophthalmologists means the UK is hurtling towards a shortfall that will cripple patient care, Mr Allamby added.

He said: ‘There’s the genuine threat of a cataract catastrophe just around the corner. And, as ever, the likely outcome is that the patient will suffer.’ 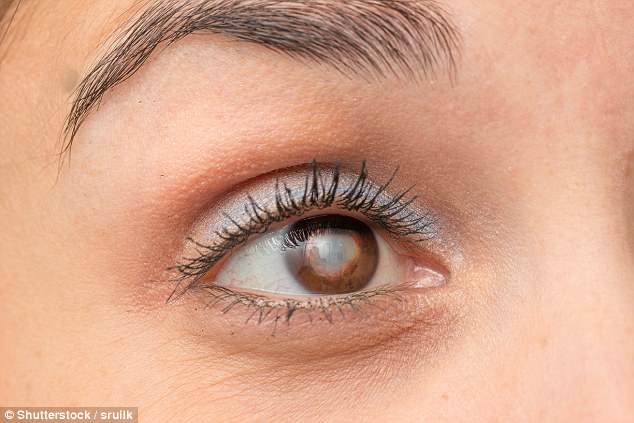 The UK is heading for a cataracts crisis as not enough surgeons will be available to perform the rising number of eye operations, according to an expert (stock)

‘The patient will suffer’

Mr Allamby, medical director of London’s Focus Clinic, wrote: ‘During the last 35 years, lifespan has gone up by 12 years in the West and by more than 25 years in many developing countries.

‘As the likelihood of developing cataracts increases with age, the medical community faces the problem of too few ophthalmic surgeons.

‘The UK has just 1,300 consultant ophthalmologist positions, with over 90 per cent of eye departments estimating they require between one and five extra consultants over the next two years.

WHO IS CATARACT SURGERY OFFERED TO IN ENGLAND?

Thousands of patients will be offered cataract surgery under the first national guidelines to end the ‘lottery’ in treatment, it was revealed last August.

In a victory for the Mail, the health watchdog announced that patients should be offered help as soon as their quality of life is impaired.

NHS trusts were also told to abandon the sight tests which mean many are refused surgery until they are nearly blind.

And they were instructed to offer surgery for both eyes at once, rather than only for the one which is worse.

Officials wanted to end the shameful postcode lottery which has led to many sufferers being denied the straightforward 30-minute operations.

As many as half of the over-65s have cataracts – some 4.5million adults in England. They occur when the eye becomes cloudy with age.

Yet before the move, patients in some areas of the country are four times as likely to be offered corrective surgery than those living elsewhere.

This is due to irrational rules set by most NHS trusts which state patients can only have treatment if their sight has deteriorated below a certain level.

Many sufferers had been told they still do not qualify for surgery despite being unable to read without a magnifying glass, drive or recognise friends’ faces.

The guidelines from watchdog Nice – due in October – were a huge victory for the Mail, which has long campaigned against the current unfair system.

‘The likely outcome is the patient will suffer – experiencing either longer NHS waiting times or only being referred for surgery when their vision problems reach a more serious level.

He added: ‘Estimates from Health Education England project we’ll only have around 10 per cent more surgical ophthalmologists by 2023. So we’re talking about a 40 per cent shortfall.

‘Traditionally we’ve been able to recruit surgeons from abroad to meet any shortfall, but that’s going to be increasingly difficult – and ethically unsound – as the rest of the world will be experiencing their own cataract problems, too.’

How many people will have cataracts?

In March last year, the Royal College of Ophthalmologists published a report – called ‘The Way Forward’ – which highlighted the issues.

In July 2016, actress Samantha Bond, 56, best known for playing Miss Moneypenny in four James Bond films, said of her cataract surgery: ‘In the six months before I had the operation I kept saying I was feeling seriously blind.

‘I had been noticing a lack of spatial awareness, especially on my left side.

‘It made me very fearful of going downstairs at a train station or somewhere where I wasn’t certain of the space around me.’

Cataracts cause changes to the lens of people’s eyes, making their vision cloudy and misty.

The lens sits just behind the coloured part of the eye and helps to focus light.

Cataracts affect around 30% of people over 65 in the UK. Some 24 million adults aged over 40 in the US suffer.

People are more at risk if they:

Cataracts can be removed by surgery and replaced with an artificial lens. No other treatment is available.