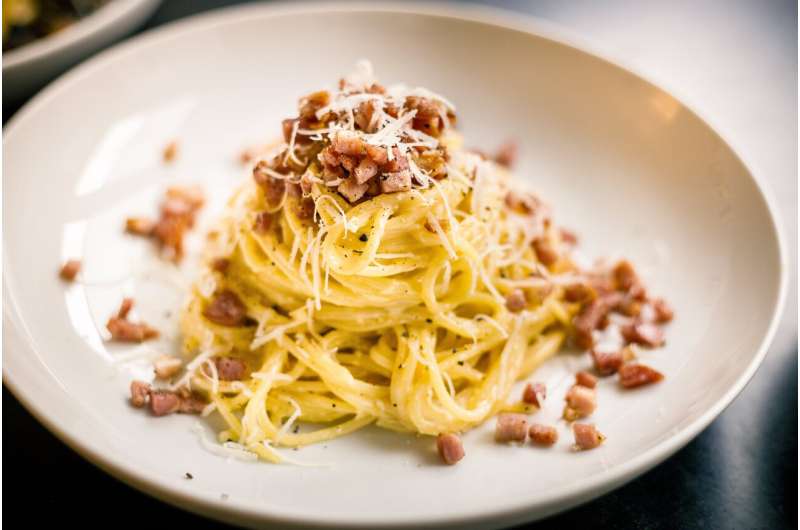 New research presented at this year’s European Congress on Obesity (held online, 10-13 May) shows that the obesity drug semaglutide reduces appetite, food cravings and energy intake in people given a meal where they could eat as much as they liked. The study is by Dr. Dorthe Skovgaard, Novo Nordisk A/S (the manufacturer of the drug), Søborg, Denmark, and colleagues.

Semaglutide, in the glucagon-like peptide-1 (GLP-1) analogue drug class, is currently available at the dose of 1.0 mg injected once weekly for the treatment of type 2 diabetes and is under development for chronic weight management at the dose 2.4 mg injected once weekly. It is currently not approved for obesity anywhere in the world, however new drug applications are under review by the US Food and Drug Administration (FDA), the European Medicines Agency (EMA), and other health agencies across the world.

The STEP trials, that have been published in various journals over the past year, have established the efficacy and safety of semaglutide 2.4 mg to treat people living with obesity. Semaglutide lowers body weight by reducing appetite and hunger, increasing satiety, reducing food cravings, altering food preferences and reducing energy intake. GLP-1 receptor agonists can lead to delays in gastric emptying, which may be important for the uptake of other drugs.This trial investigated the effect of semaglutide 2.4 mg on gastric emptying, energy intake, appetite and control of eating in subjects with obesity.

Adults aged 18-65 years, with a body mass index (BMI) 30-45 kg/m² (with various stages of obesity) and without type 2 diabetes, were randomised in a double-blind, parallel-group trial to treatment with semaglutide 2.4 mg (dose gradually escalated: 0.25, 0.5, 1.0 and 1.7 mg for 4 weeks each; 2.4 mg for 5 weeks) or placebo. The dose of semaglutide was gradually scaled up, as is standard to improve gastrointestinal tolerability.

Gastric emptying (using a standard test called the paracetamol absorption test, 1.5 g paracetamol given with a standardised breakfast) was assessed during in-house visits at baseline and week 20.

Postprandial (after-meal) appetite was evaluated using standard tests called visual analogue scales pre-meal and following a standardised breakfast, followed by assessment of energy intake during a lunch in which participants could freely choose how much they ate (an ‘ad libitum’ lunch). Control of eating and food cravings were evaluated by the Control of Eating Questionnaire (CoEQ) – a questionnaire to assess the severity and type of food cravings an individual experiences over the previous 7 days. Safety was also evaluated.

In total, 72 subjects were randomised (44 males, mean age 42.8 years, BMI 34.4 kg/m²); 70 completed the study. There was no evidence of delayed gastric emptying at week 20, as assessed indirectly via paracetamol absorption. Mean energy intake during the ad libitum lunch test meal at week 20 was 35% lower with semaglutide 2.4 mg vs placebo (1736 vs 2676 kJ); estimated treatment difference 940 kJ, both statistically significant findings.