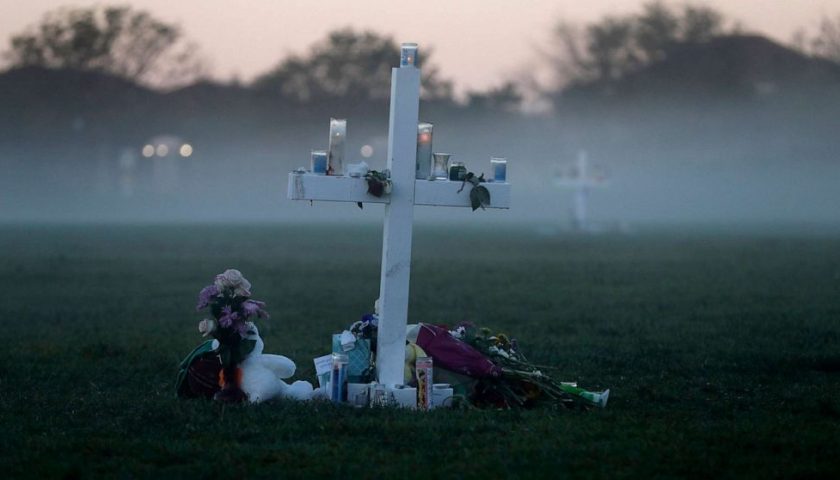 Children living in states with stricter gun laws have fewer gun-related deaths, according to a new study in Pediatrics. This was the first study to look at gun laws exclusively in relation to child deaths and it reveals an important association between the two.

“More than 10 children die from firearms every day, and another 50 are injured by firearms daily,” Dr. Monika Goyal, lead study author and an associate professor of pediatrics and emergency medicine, told ABC News. “This work is further contributing to the growing evidence that firearm legislation can be effective at reducing injury and death among children.”

When looking at the U.S. compared to other high-income countries, the study cites research that says the U.S. has both the highest rate of gun ownership and the weakest gun laws. Within the U.S., gun laws differ depending on the state.

In response to previous medical research about guns in November 2018, the National Rifle Association of America tweeted that “self-important anti-gun doctors” should “stay in their lane.”

The NRA also sent a response to this study to ABC News. “Any social scientist worth their salt has to question a study that cherry picks a microscopic 5-year time window of data when there is more than 50 years of data available,” Lars Dalseide, an NRA spokesman, said in a statement. “They used an arbitrary (at best) metric to measure gun laws, and they included adults in a study about children suggests this study is more propaganda than scientific research.”

The Brady Campaign to Prevent Gun Violence is a nonprofit that rates states on the strictness of their gun laws. For every 10 point increase in a gun law score across states, there was a 4% drop in gun-related deaths, after factoring in things like race/ethnicity, education, gun ownership and household income. The Brady Campaign scorecard began in 2011, which is why the study authors chose that year as a starting point.

Goyal said she would like to collaborate with the NRA on a different scorecard.

“As a pediatrician this is a nonpartisan issue for us,” she said. “This is not a political debate for us. We’re trying to figure out how to keep kids safe.”

She continued, “I care for children through the age of 21 and sometimes up to the age of 25. From our perspective, 18, 19, 20 year olds are children. They are part of the pediatric continuum. This is the standard.”

The NRA maintains that it, too, is intent on the safety of our nation’s children.

“No organization in the world has done more to promote the safe and responsible use of firearms than the National Rifle Association,” said Dalseide. “Thanks to initiatives like NRA’s Eddie Eagle GunSafe Program, the accidental firearm death rate among children has dropped almost 78% in the last 20 years.”

Perhaps this can be an area of nonpartisan collaboration.

“Just as we have invested in rigorous scientific research for motor vehicle passenger safety in this country, which has in turn dramatically reduced the number of pediatric deaths from motor vehicle collisions. We must embrace the same evidence based strategies if we wish to curtail the firearm epidemic in this country,” said Goyal.