US soldiers may soon have health monitors IMPLANTED so remote doctors can track their blood pressure, sleep, insulin, diet – and even perform robotic surgeries remotely in emergencies

The Army wants to implant soldiers with advanced health monitoring devices to notify distant doctors of medical emergencies and whether or not troops are combat-ready.

Health trackers like the Fitbit and Apple Watch have become commonplace in the civilian world.

The military hopes to use data from a device, such as a chip implanted into soldier’s wrist, to instantly diagnose and even treat battlefield wounds and health problems.

In coordination with Brooke Army Medical Center, the military branch has introduced a virtual medical center that could some day allow doctors to remotely treat soldiers injured in distant parts of the world. 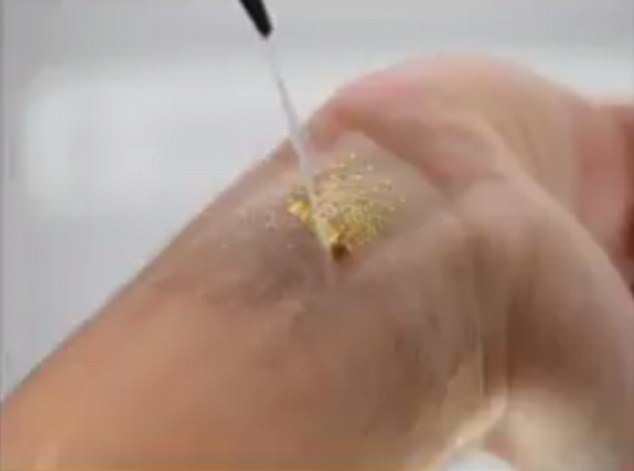 The survival rate for modern warfare is now 94 percent, but still, more than 52,000 American service men and women have been injured since the War On Terrorism began in 2001.

Another almost 7,000 have been killed in combat.

About 90 percent of these deaths occur before a soldier can be transported to a field hospital.

One quarter of deaths occur due to bleeding that a soldier or medic does not manage to stop in time.

The military refers to the vital 60 minutes following an injury as the ‘golden hour.’

Survival rates are drastically higher among soldiers who can be evacuated within this brief window of time, primarily because more time untreated means more blood lost. 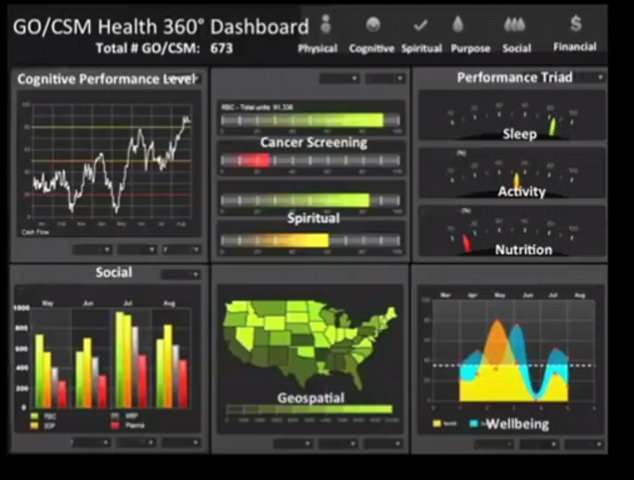 Key to getting a soldier treatment during the golden hour has been the availability of air evacuations to transport injured men and women off the battlefield.

But at a forum on strategic issues earlier this month, Lt Gen West warned that in future warfare, battlefields may be less accessible and pilots may not have the ‘luxury of uncontested airspace.’

‘Our medics will face doing more with less for longer,’ she added.

Lt Gen West said she believes that the military can leverage modern technology to all but eliminate preventable deaths on the battlefield. 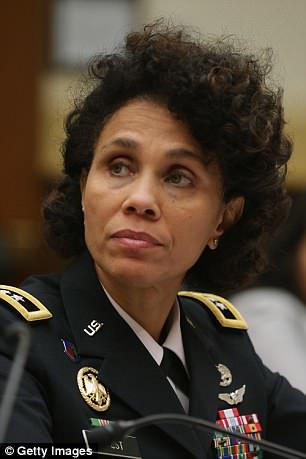 She called this the ‘digitization of medicine: the synergy of big data, peripheral monitors, analytics, cognitive computing and artificial intelligence, as well as virtual reality and quantum computing.’

Combining all of those technologies sounds incredibly futuristic, but the military has already started making moves in that direction, and has a plan for how each element could work.

Wearables are already everywhere, and Lt Gen West said that implantable trackers are not far behind, showing a slide of what one might look like – a gold chip in a soldiers wrist.

‘We can do better when every soldier is a censor and continually gather information from them…we could go from periodic screening to continuous monitoring,’ she said.

With this constant flow of data back to military health specialists and commanding officers, soldiers could get immediate treatment and officers could know without a shadow of doubt whether or not their troops were ready for battle.

‘Environmental and health data can be sent to cognitive computing engine to quantify readiness not simply with a yes or no answer but it can give soldier and commander dashboard of readiness,’ said Lt Gen West. 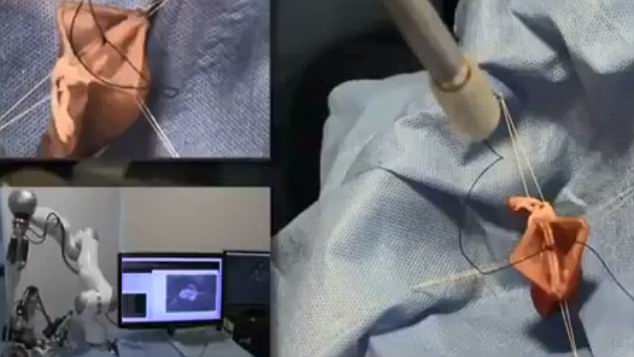 ‘When you have the tools to prevent, it’s amazing what you can prevent,’ she said, speculating that command posts would be integrated with medical technology and professionals.

With the ability to identify the problem, surgeons may even be able to operate remotely.

This ‘already happens all the time,’ said Lt Gen West, referring to the da Vinci surgical system, which allows doctors to control an operating robot from another room.

She even introduced collaborations with NASA to treat astronauts in space using autonomous robots and ‘make it don’t take it’ 3D printers to make instruments in space.

Already, virtual health has been introduced at the Brooke Army Medical Center in El Paso, Texas.

From there ‘we offer over 30 clinical specialties across 18 time zones, in over 30 countries and territories, which enables providers to remotely monitor patient vitals, provide virtual consultations, and assist medics engaged in combat casualty care,’ Lt Gen West said before the Senate in April.