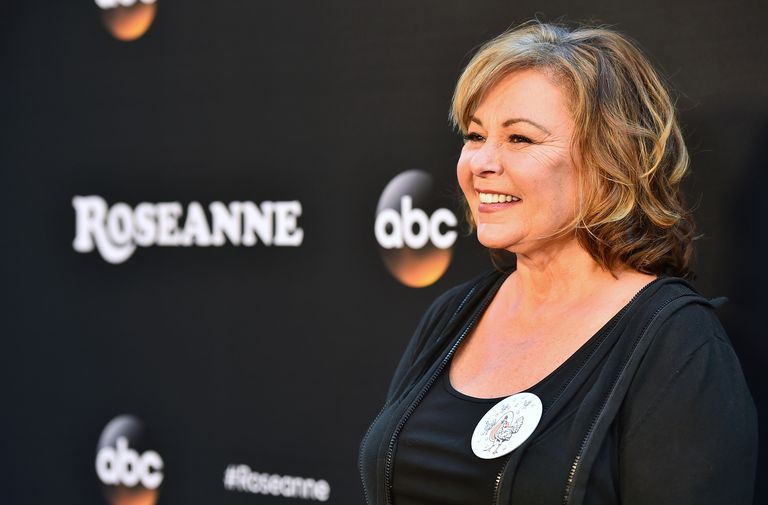 ICYMI: Roseanne Barr created a total sh*tstorm earlier this week after tweeting racist remarks about Valerie Jarrett, a black woman who formerly served as a senior adviser to President Barack Obama. Her show Roseanne was canceled by ABC hours later, and many people—including her costars—immediately condemned her.

Not long after, Roseanne implied that Ambien was to blame for her original comments. In another, now deleted tweet, she wrote, “It was 2 in the morning and I was ambien tweeting-it was memorial day too-i went 2 far & do not want it defended-it was egregious Indefensible. I made a mistake I wish I hadn’t but…don’t defend it please.”

People completely freaked out on Twitter, accusing Roseanne of looking for an excuse for her behavior. Sanofi, the company that manufactures Ambien, also took to Twitter to assure the public racism is “not a known side effect” of Ambien:

People of all races, religions and nationalities work at Sanofi every day to improve the lives of people around the world. While all pharmaceutical treatments have side effects, racism is not a known side effect of any Sanofi medication.

no, i didnt i blamed myself. stop lying. Yes, I have had odd ambien experiences on tweeting late at night-like many other ppl do. I BLAME MYSELF OK? it’s just an explanation not an excuse, Ok, bully?

Wait, what exactly is Ambien?

Ambien, also known as zolpidem, is a drug designed to help treat insomnia, explains W. Christopher Winter, M.D., of Charlottesville Neurology and Sleep Medicine, and author of the book, The Sleep Solution: Why Your Sleep is Broken and How to Fix It. “In general, Ambien creates some degree of sedation to help people either initiate or maintain sleep a little better,” he says.

It’s popular too: The drug is one of the top five psychiatric drugs people are currently taking in the U.S., according to a 2017 research article in JAMA Internal Medicine. But, despite its popularity, the drug isn’t meant to be a long-term solution to sleeplessness. “It’s meant to be used in a temporary setting,” Jocelyn Chang, M.D., a neurologist at NYU Langone Health previously told Womenshealthmag.com.

The drug is also widely misused: According to a report from the Substance Abuse and Mental Health Administration, 1.1 million people admit to misusing zolpidem products.

Winter adds that doctors have cut back on prescribing the drug as of late, per patient complaints about doing things in their sleep that they don’t remember. Winter, for example, has seen a case where someone took off their clothes and wandered the halls of a hotel room naked, while another women went on an online chat room in the middle of the night and shared stories about her sex life.

Okay, what are the actual side effects of Ambien?

The usual stuff, when it comes to sleep meds: daytime drowsiness, dizziness, and grogginess. Less common side effects include panic attacks, nausea, nervousness, vomiting, and uncontrolled crying, per the drug’s medication guide.

There’s also a small chance (about 1 percent) that a person taking Ambien could have sleepwalking episodes, says James J. Galligan, Ph.D., a professor of pharmacology and toxicology and director of the neuroscience program at Michigan State University.

LOL, prob not (you know, as long as you’re not actually racist); experts are calling B.S. on this one. “It could probably dampen someone’s ability to self-regulate some of their own deplorable thoughts, but the idea that Ambien creates racist tweets is not true,” Winter says.

However, it’s more likely that someone would say something that they wouldn’t normally share if they took more than the prescribed dose or mixed it with other medications, Galligan says. “This often happens with alcohol, as the benzodiazepine-type drugs act on the brain in ways similar to alcohol,” he says. “The two drugs can have an additive effect on brain function.”

The bottom line: Ambien won’t turn you into a racist, or make you tweet racist things—as long as you’re not racist to begin with. Ambien may, however, lower your ability to keep your despicable thoughts to yourself.