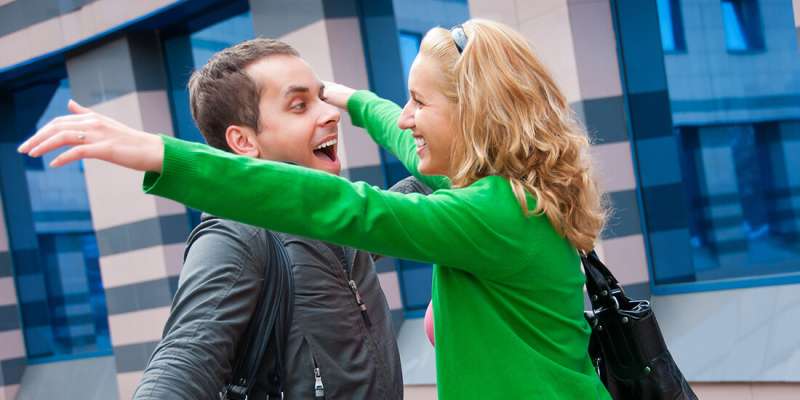 The human body is programmed to like human contact. Infants depend on being taken care of not only because they need care and food, but to develop normally.

“Adults need that physical touch to feel closeness, too,” says Leif Edward Ottesen Kennair, a professor of psychology at NTNU.

What happens to us when someone touches us?

“Touch is a positive experience as long as you’re safe and in a good atmosphere. The concept of hungering to be touched that people have described during the pandemic is the experience of not receiving closeness and intimacy,” Kennair says.

The psychologist explains that the body’s production of certain hormones that make us feel better increases when we are touched.

“Hormones like dopamine and serotonin regulate stress and anxiety. Oxytocin, often called the ‘cuddle hormone,” is linked to attachment and proximity. We feel safer, less stressed and connect better with people when we’re touched, and that’s why we touch others,” he says, and adds that physical touch makes us feel closer and more intimate.

“Friendships deepen, a love relationship becomes more sexual, and flirting is better with a little bit of affective touch thrown in,” says Kennair.

Touch is indicator of closeness

“With your closest family or friends, physical contact is a marker of intimacy, which shows that you are relationally close. Losing this kind of a marker in life is unfortunate,” says Kennair.

He points out that a number of development studies document that this contact is essential for young children.

“Young children need touch for normal development. Not having human contact and closeness impacts their emotional cognitive development,” he says.

In a recently published study, co-authors Kennair and Mons Bendixen state that touch facilitates bonding, promotes well-being and conveys feelings and motivations. A mother’s touch of her infant promotes development of the areas of the child’s brain that are pivotal for their social traits.

The study points out that the skin of mammals is densely packed with specialized nerve fibers that respond to a gentle stroking touch.

“Our skin is full of nerves that react in a positive way to even and gentle slow stroking. There is a certain frequency of stroking that is perceived as good. The skin is a social organ. It helps us to experience closeness, emotionally, in our relationships and our family,” says Kennair.

“This closeness includes hugging, stroking and holding. Different cultures have different levels of touch. For example, Italian men might hold hands while walking in a public space, something a lot of people in Norway would find quite startling. Yet in Norway, a mother breastfeeding her child in public doesn’t raise eyebrows,” says Kennair.

Forced incel status for everyone

“The pandemic has shown us how a large part of the population has lost access to closeness and intimacy, as well as sexual contact. I’ve gotten a number of questions from journalists about how sad the lack of intimacy is for people. But this is the same situation that people who call themselves incels have been complaining about, long before the pandemic,” says Kennair. Incels are an internet subculture of men who feel rejected from having physical and emotional contact with women.

Kennair is interested in finding ways to encourage people to have greater empathy with those who are perceived as outsiders.

“We used to sometimes make fun of people who needed sex and human contact. Then all of a sudden everyone was missing those things. Only when people we think are like us have the same experience, do we understand it and show empathy,” he says.

Kennair points out that the restrictions during the pandemic have not hit everyone equally hard. Some people have simply ignored the advice from the health authorities and have continued to get together with others. The same number of condoms have been distributed and the same number of appointments were made for sexually transmitted diseases in the student health service during the pandemic as before, for example.

“People followed the rules in different ways. The loneliest people during the pandemic have been the folks who’ve followed the rules, who aren’t as impulsive and who were previously the most lonely to begin with. And we’ve seen how there’s been a lack of human and social contact. The elderly population in particular has been subjected to a lack of social contact and hugs and physical affection,” he adds.

As society opens up again, says Kennair, “some people will feel that everything feels really crowded with less distancing between people. For folks who are very cautious, the transition will be challenging because they’ve learned to use safety behaviors. There’ll be a transition phase where some people will want to keep behaviors like wearing a face mask. Some of them will be rational, some not so rational. But it will be great to see people again! Hopefully we’ll be able to travel again and most people will find the loosening of restrictions a relief.”