People who have to deal with migraine attacks are welcoming the release of Aimovig, a drug approved earlier this month by FDA regulators. 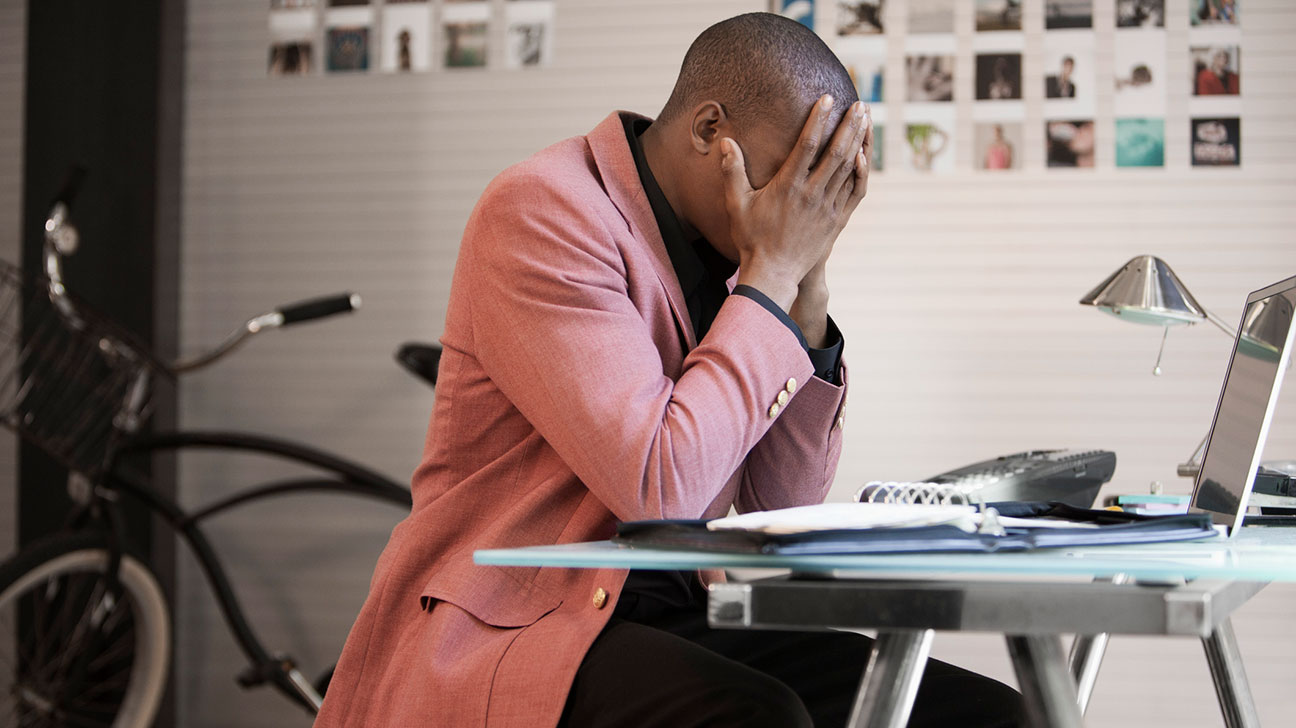 One billion people worldwide are affected by migraine headaches. About 39 million live in the United States, where nearly 25 percent of households include someone who experiences migraine attacks.

Sanders is one of the 4 million adults in the United States who experience chronic migraine, described as having migraine attacks at least 15 days a month.

“It feels as if there is an unrelenting vice grip on my eye and brain. It is throbbing and sharp as though an icepick is being driven into my eye socket. Sometimes, the pain will radiate down into my neck and shoulders, making it hard to turn my head. Then there is the sensitivity to light, sound, and odors. Light hurts like the dickens. It feels like lasers burning my eyes. Any noises cause the throbbing in my head to intensify, and intense smells like perfume, car exhaust, or cigarette smoke makes me unbearably nauseous,” Sanders told Healthline.

But there may be good news on the horizon for people like Sanders.

“Aimovig blocks the ability of a protein known as calcitonin gene-related peptide (CGRP) to initiate a migraine attack. Based on clinical trials, blocking CGRP activity is effective in reducing migraine attack frequency. In the clinical trials for Aimovig, one out of two patients had at least a 50 percent reduction in the number of days with migraine each month, over a six month period,” Dr. Amaal Starling, a neurologist and migraine specialist at the Mayo Clinic in Arizona, told Healthline.

She says the FDA’s approval of the drug heralds a new era in the treatment of migraine.

“The most exciting thing about this new medication is that we are now entering an area of disease-specific, targeted treatment for the prevention of migraine. The new medication is the first of many novel medications, some of which may target the same protein and others that will target alternate proteins that are also involved in migraine. Disease-specific, mechanism-based treatment is a paradigm shift in migraine. This is very significant and may lead to more effective medications with reduced side effects,” she said.

Relief is on the way

More than 90 percent of people with migraine are unable to work or function while experiencing a migraine attack.

The symptoms that accompany attacks can be incapacitating and include a severe throbbing pain, nausea, dizziness, vomiting, numbness, and extreme sensitivity to light, sound, and smell.

Sanders, who writes about her experience with migraine on her blog Migraine Diva, is hopeful the new treatment will help her chronic migraine, which she says has had a significant impact on her life.

“Having chronic migraine certainly has put limitations on what I can do on a daily basis. I have to manage all of my triggers (food, environmental, emotional, physical exertion) and I must constantly pace myself. Taking on too much will bring on a migraine attack,” she said.

Aimovig is a once-a-month self-injection similar to an insulin pen. The list price is $6,900 annually, and it’s currently being made available to patients.

One of the people eager to try the new drug is Shirley Kessel, executive director of Miles for Migraine.

For Kessel, migraine is a family affair, with both her mother and daughter affected by the condition.

“When I was a little girl… my mother would spend days at a time in bed in a dark room. I remember being alone without her to take care of me. When I was 16, I learned how to give her injections of medication because she was too sick from vomiting to take oral medications,” she told Healthline.

Kessel began experiencing her own migraine in her teenage years. By age 25, she was experiencing chronic migraine.

Since then, she has tried at least 30 preventatives. Every one of them triggered side effects.

“Right now my symptoms include, on a daily basis, nausea, light and sound sensitivity, and mild brain fog. I have head pain every one to three days. It’s inconsistent,” she said.

She will have her first dose of Aimovig this week and says she is experiencing mixed emotions.

“I feel excitement and fear in the same moment. On one hand, I am so excited to try the new CGRP, but on the other hand I am worried in case it does not help me. I have been scouting around on Facebook and I see many others are having the same hope and fear as well. My 27-year-old daughter also has chronic migraine, and I am wondering if it will help both of us or one of us or perhaps neither of us,” she said.

Up until now, drugs given to prevent migraine were developed for other conditions such as high blood pressure, depression, and epilepsy.

These work for many people, but not all.

“There are still many millions of migraine patients who have yet to get satisfactory control over their headaches and related symptoms like nausea, dizziness, and mental fogginess. This can be due to intolerance of side effects, which many of these medications have, or simply a lack of response to them for unknown reasons,” Dr. Morris Levin, a professor of neurology and director of the Headache Center at the University of California San Francisco’s Department of Neurology, told Healthline.

Aimovig won’t prevent migraine headaches entirely, but it’s hoped it will reduce their frequency. Experts say the impact on people with chronic migraine could be life-changing.

“It is not a cure, but it represents hope for people who live with migraine,” Sanders said.

“We have to be cautious, however, not to get attached to the idea that this will work for or be available to everyone. There will be barriers, such as insurers not willing to pay for the drug or imposing step therapy policies, forcing patients to try and fail on cheaper drugs or treatments before getting access to this more expensive one. I will definitely try it as long as I have access to it and my insurer pays for it. To go back to being episodic would be a dream come true.”

Kessel’s 27-year-old daughter, Julia, will have her first dose of Aimovig next month.

She hopes the drug will reduce the severity and frequency of her migraine attacks, which she says has had far-reaching consequences on her social life and relationships.

“The loss of being able to function normally is scary. I am forced to stop everything I am doing in a given moment and lay down in a dark room for the day, or, depending on how severe the attack, more than one day. I oftentimes feel isolated from my friends and family as I have to miss many social events and gatherings due to my condition. Although they are understanding and sympathetic, others will never truly fathom just how difficult it is to live with migraine,” she told Healthline.

Aimovig may not be a panacea, but Starling says it’s a step in the right direction.

“I would not say that this specific drug is ‘the solution’ for all people with migraine. However, what I would say is that disease-specific, mechanism-based migraine treatment is a game changer for people with migraine and may result in many new medications that are more effective and better tolerated than our currently available treatment options,” Starling said.

For Sanders’ part, she is glad more options are being made available for a condition she says is poorly understood as “just a headache.”

“Migraine is not a character flaw or an inconvenience that can be fixed with two aspirin. It is a legitimate condition, and we need everyone to treat it as such,” she said.