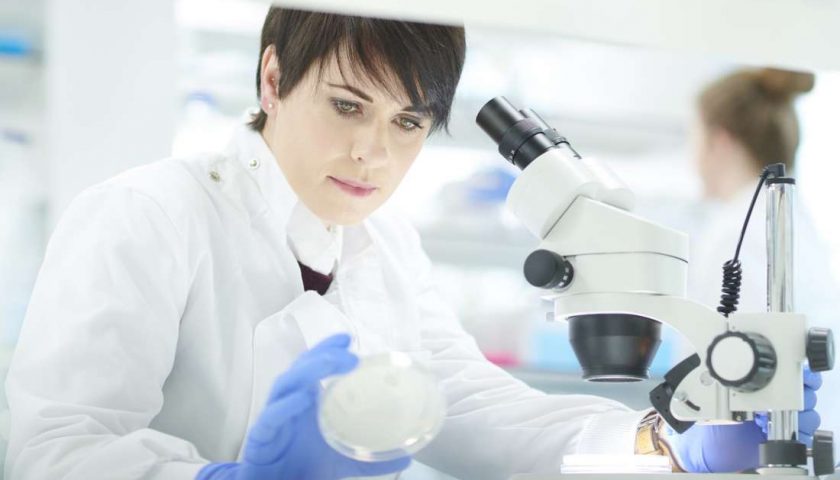 Experts from several research institutions across Australia have been collaborating to find a drug that would stop cancer cells from dividing without damaging healthy cells’ DNA.

This is a common side effect of traditional cancer therapies such as chemotherapy and radiation therapy.

Tim Thomas and Anne Voss, from the Walter and Eliza Hall Institute in Parkville, Australia, alongside many other specialists from other institutions — including the Monash Institute of Pharmaceutical Sciences — have been looking into the possibility of inhibiting two proteins associated with different types of cancer: KAT6A and KAT6B.

“Early on, we discovered that genetically depleting KAT6A quadrupled the life expectancy in animal models of blood cancers called lymphoma. Armed with the knowledge that KAT6A is an important driver of cancer, we began to look for ways of inhibiting the protein to treat cancer.”

The researchers have developed a new class of compounds that has, so far, shown promise in halting the progression of blood and liver cancers and delaying relapse in the laboratory.

The team’s results now appear in the journal Nature.

Typical cancer treatments such as chemotherapy and radiotherapy kill cancer cells by causing DNA damage that these cells are unable to fix. Unfortunately, in most cases, DNA damage will also occur in the healthy cells of the surrounding tissue, which can lead to a host of side effects, including hair loss, nausea, fatigue, and infertility.

Irreparable DNA damage can also make a person more susceptible to other types of cancer after therapy.

However, the new type of compound developed by Voss and colleagues does not produce cell DNA damage, since the drugs act on the cancer cells in a different way.

“Rather than causing potentially dangerous DNA damage, as chemotherapy and radiotherapy do, this new class of anticancer drugs simply puts cancer cells into a permanent sleep,” Voss explains.

“This new class of compounds stops cancer cells dividing by switching off their ability to ‘trigger’ the start of the cell cycle. The technical term is cell senescence,” Voss adds.

“The cells are not dead,” she clarifies, “but they can no longer divide and proliferate. Without this ability, the cancer cells are effectively stopped in their tracks.”

Voss and her team also believe that the new compounds’ effect on cancer cells could help people going through cancer therapy avoid experiencing a relapse of their cancer further down the line.

Although Voss concedes that the new research is only the first step of a much longer process of testing and honing this new class of drugs for human patients, she is hopeful that the discovery could have an important positive impact on the effectiveness and quality of cancer treatments.

“There is still a lot of work to be done to get to a point where this drug class could be investigated in human cancer patients,” says Voss.

“However,” she contends, “our discovery suggests these drugs could be particularly effective as a type of consolidation therapy that delays or prevents relapse after initial treatment.”

The development of the new compounds is particularly significant; the genes encoding the cancer-feeding proteins KAT6A and KAT6B have long been considered “undruggable” — that is, unresponsive to drug-based cancer treatment.

“There were many hurdles to overcome with this project,” notes study co-author Prof. Jonathan Baell, stressing that developing the novel class of compounds required the concerted efforts of numerous specialists across many disciplines.

“But with perseverance and commitment, we are excited to have developed a potent, precise, and clean compound that appears to be safe and effective in our preclinical models,” he adds.

The researchers are now working to hone the newly discovered inhibitors into a product that can be tested in human clinical trials as soon as possible.