A mother-of-two has revealed how she cured her children’s eczema by bathing them in her own breast milk.

Lizzie Dempsey, 27, said the bathing quickly helped to improve their skin and strengthened the bond she has with her children.

A retail assistant from Southampton, Mrs Dempsey gave birth to her first child – son George – in 2015, and he began to get dry skin when he was a few weeks old.

After hearing about breast milk bathing online and from her midwife she tried it with George and was pleasantly surprised by the results.

When her daughter Isla was born in September last year she had no hesitation in doing the same for her, and says it is a ‘safe and easy way to help your baby’s skin.’

Mrs Dempsey mixed about 6oz (170ml) of milk into the bathwater each time, but had to give it up in April after she stopped producing milk. 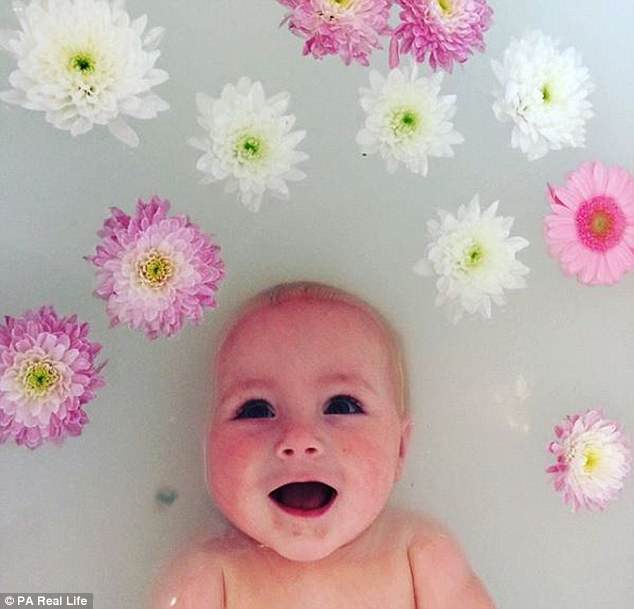 Both Mrs Dempsey’s children, George, two, and baby Isla (pictured) suffered from eczema so she bathed them in her breast milk after hearing about the therapy online 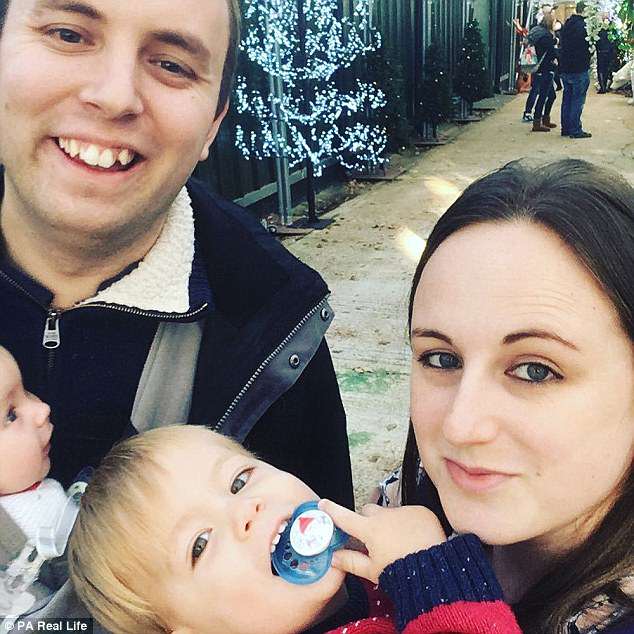 Ashley Dempsey, 29 (left), and wife Lizzie, 27, bathed their children with a small amount of breast milk every week when their daughter Isla was a newborn

Mrs Dempsey says despite trying a long list of lotions and creams, breast milk is the only thing that managed to calm her children’s symptoms.

Explaining how her retail manager husband Ashley, 29, helped give the youngsters their weekly baths, she said: ‘I would recommend it because it is a safe and easy way to help your baby’s skin.

‘Some people might be a bit squeamish about it, but it is 100 per cent natural and we really enjoyed doing it.’

George, now two, was born healthy in December 2015 but after a few weeks his parents noticed he had some dry patches of skin.

Lotions and creams did not help with dry skin

Initially, Mrs Dempsey tried to combat the problem – which has since been confirmed as eczema, which causes the skin to become red, cracked and dry – with lotions and creams, but none seemed to work.

So she turned to social media for advice.

Mrs Dempsey explained: ‘I’m in some mums’ groups and when I asked about it, lots of members had tried breast milk baths and recommended them.

‘My midwife suggested it too and when I was looking online, it constantly came up in searches.’

Then, when George was eight weeks old, she washed him in breast milk for the first time. 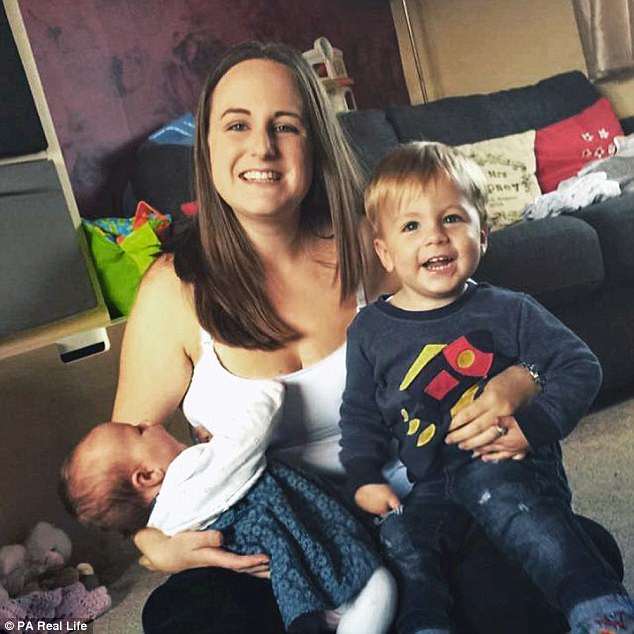 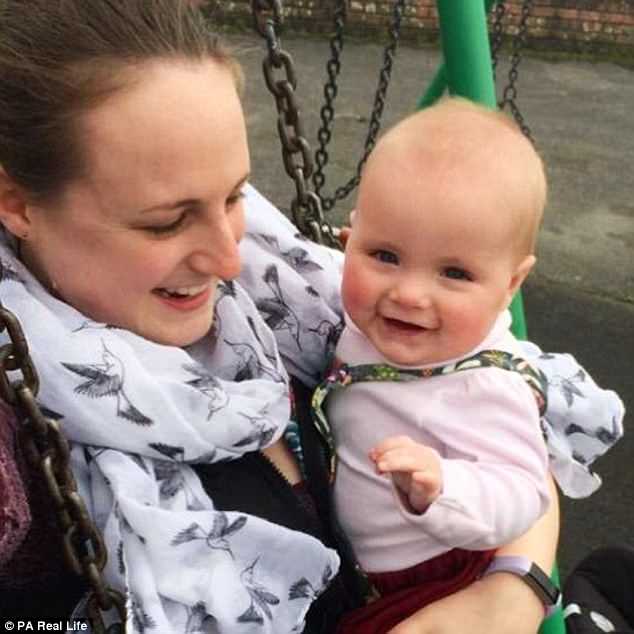 Isla (pictured), now nine months old, suffered from the same eczema as a baby that her brother George had 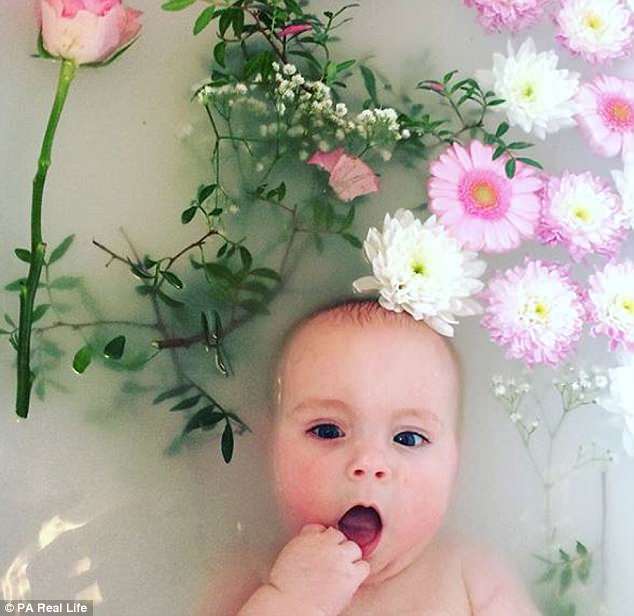 The Dempseys had to stop the bathing when Mrs Dempsey stopped producing milk, but added flowers into the last one and took photos to remember the time – Isla tried to eat the flowers, Mrs Dempsey said

Mrs Dempsey continued: ‘It worked really quickly. From there, I did it weekly.

Eczema is an inflammatory condition of the skin that leads to redness, blistering, oozing, scaling and thickening.

It usually appears in the first few months of life and affects around 10 per cent of babies.

Eczema’s cause is not fully understood but it is thought to be brought on by the skin’s barrier to the outside world not working properly, which allows irritants and allergy-inducing substances to enter.

It may be genetic due to the condition often running in families.

As well as their skin being affected, sufferers may experience insomnia and irritability.

Many factors can make eczema worse. These may include:

There is no cure for eczema, however, 70 per cent of childhood sufferers no longer have the condition in their teens.

Patients should avoid known triggers for flare ups and use emollients.

‘I found it gave him super soft skin every time. I breastfed both kids and would express and freeze an extra supply for the baths.

Eczema started to disappear after just a few weeks

‘I would use around 6oz a time just added to plain warm bath water, and swirl it in, turning the water a soft white colour.

Occasionally I’d add some lavender oil for a particularly relaxing bath at bedtime.’

After just a few weeks, George’s eczema started to disappear.

Then, when her second child, Isla, was born in September last year, Mrs Dempsey soon noticed the infant suffered with the same skin complaint as her brother.

As she was breastfeeding her anyway, the young mother immediately decided to start giving Isla baths too.

‘I did it weekly when Isla was a newborn,’ she said. ‘Then, as my milk supply decreased, I started to do it every fortnight or so.

‘It really helped with her skin, and I knew there were none of the harsh chemicals that can be in some bubble baths. It’s 100 per cent natural.

‘It was a really special thing to share together’

‘I also felt it was a nice way to continue with the breastfeeding journey. It was a really special thing to share together.’

As Isla reached six months, Mrs Dempsey’s milk supply began to drop, and the tot had to be supplemented with formula feeds to ensure she got enough food.

Lizzie continued: ‘Unfortunately, that led to the end of our breastfeeding journey. 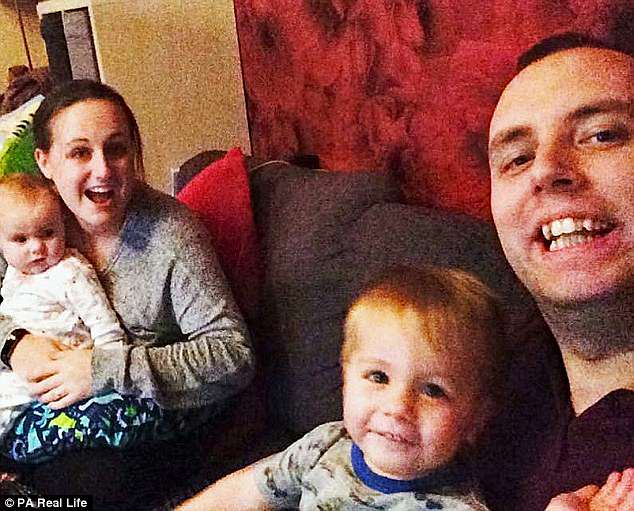 Mr and Mrs Dempsey, who both work in retail and live in Southampton, froze Mrs Dempsey’s milk so it could be used when she stopped producing, but ran out at the end of April 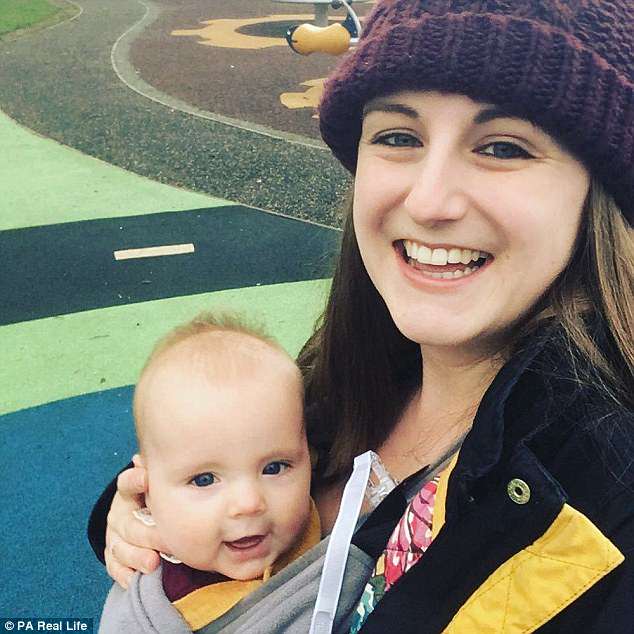 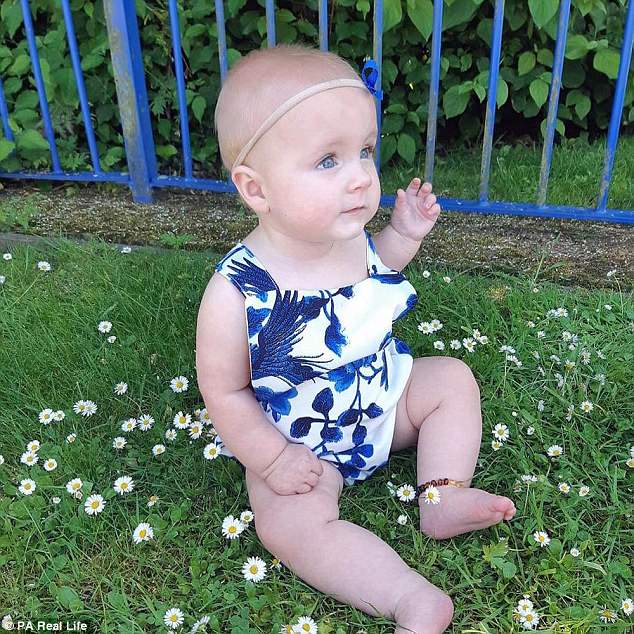 Nine-month-old Isla developed eczema after she was born but being bathed in breast milk cleared up her symptoms, mother Mrs Dempsey says 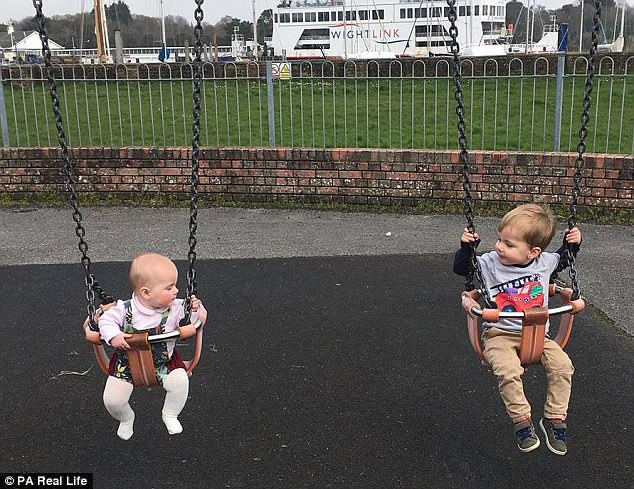 George, now two, and Isla, nine months, both developed eczema as babies and were bathed in their mother’s breast milk to ease their skin condition

‘Isla preferred the bottle, and we tried everything like drinking more water, drinking oat milk and eating lactation cookies, which are filled with milk boosting ingredients like flaxseed and nuts – but we couldn’t get my milk supply back up.

‘I had a little bit of frozen milk left and we were able to give her one last bath at the end of April.

‘I added some flowers for her last one and took some pictures, so we could treasure the memories. She loved them.

‘I think it was calming for her to be in my milk. I always found her much more chilled after a milk bath than any other, and I think helped with our bond – although she did try to eat the flowers on her last one.’