“Life”. For Franck Dufourmantelle the word tattooed on his charred arm in English was like “a nod from destiny”.

The 34-year-old French laboratory technician from the northern city of Amiens was given less than a one-percent chance of survival after a workplace accident in September 2016, when a can of chemicals he was holding exploded, setting him ablaze.

The burns covered 95 percent of his body, sparing only his pubis, feet and face—plus the prophetic tattoo, now framed by thick pink scars.

Eighteen months later, thanks to skin grafts from his twin brother Eric, Franck has made a miraculous recovery and is set to give life himself, as an expectant father.

His story is one of courage, genetic luck and medical ambition.

In most serious burn cases, the skin of a deceased, unrelated donor is grafted on.

While the skin is likely to be rejected it acts as a place-holder while new skin grows or doctors harvest skin from other parts of the body.

But Franck had almost none left.

In stepped Eric, who gave up nearly half his own skin to save his brother’s life.

“The crazy thing,” Eric told AFP in an interview together with his brother Franck, was that at first their twinhood almost went unnoticed. 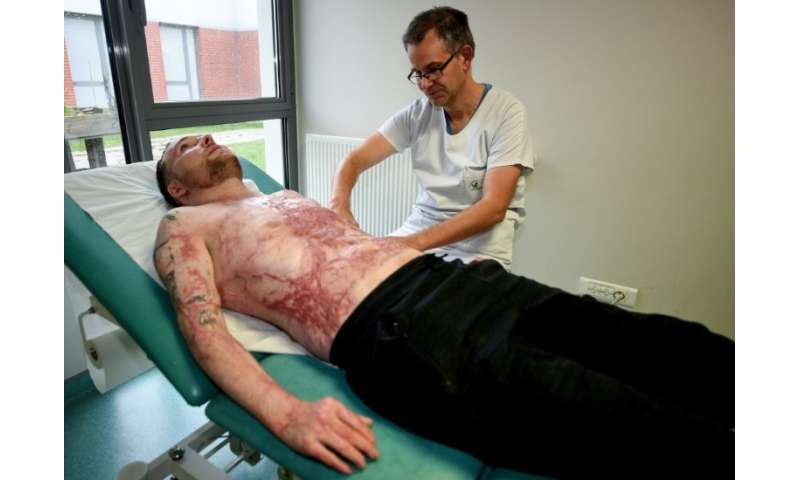 The doctors had only seen Franck’s face when it was covered in bandages, so they couldn’t see the resemblance. It was Eric’s insistence on helping, when all looked lost, that clinched the decision of surgeon Maurice Mimoun at Saint-Louis Hospital in Paris.

The advantage of a skin graft between identical twins is there is no chance of rejection, since they’re genetically the same.

But doctors had never carried out a twin-on-twin skin transplant over such a large area, with previous reported cases in the world ranging from six to 68 percent of the patient’s body.

Franck underwent about a dozen operations, during which doctors grafted on skin taken from his brother’s skull, back and thighs.

Before the transfer, the doctors stretched the skin in a machine to cover a larger area, giving it a somewhat taut appearance.

Today, Eric only has a few red patches on his back, the remaining traces of where his skin was “peeled off with a knife.”

Franck’s arms and hands, by contrast, are ribbed with red welts and puckered where the skin is pulled tight. 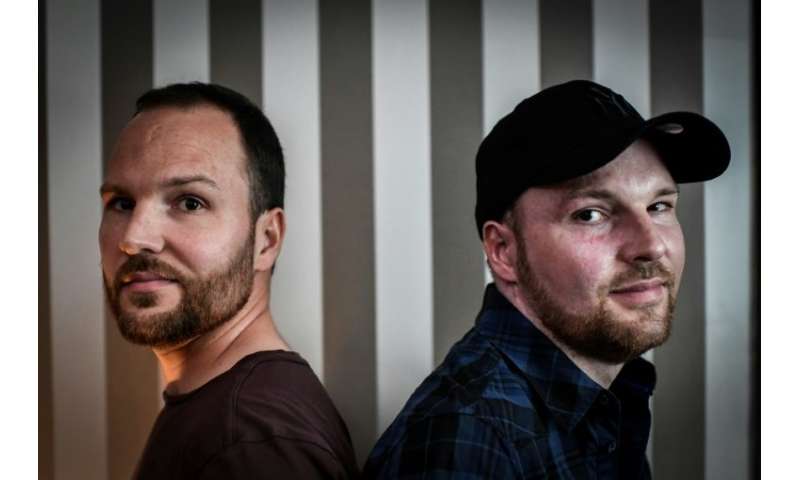 He still has “a sense of discomfort, like wearing a jumpsuit” and is looking at years of rehabilitation, including between 10 and 20 years of thermal spa treatments.

But he can already write, eat with his right hand and “do other daily movements”, including lighting up the occasional cigarette.

A keen sportsman, he can run for 10-15 minutes and play table tennis.

But he can no longer do jiu jitsu, a martial art form loved by him and his brother, and has only limited use of his left hand.

The twins, who sport the same close-cropped beards and shy smiles, recount their remarkable medical adventure in a book aptly titled “Life”.

In it, Eric describes some of the pain he endured for his brother as well as the moments of relief, like when a soft-spoken nurse started massaging his head.

“A drop of water in an ocean of hell,” is how he remembers it. 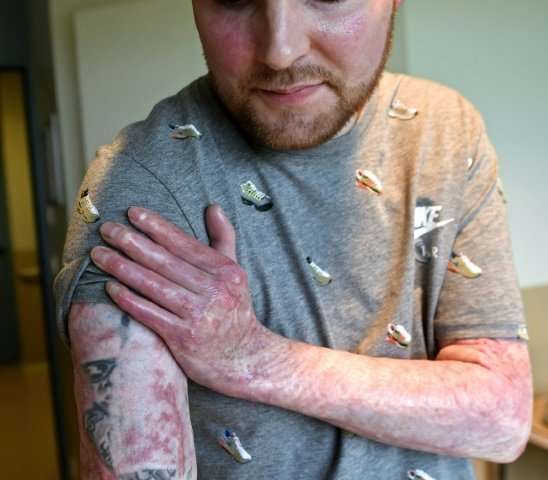 Franck meanwhile is looking to the future.