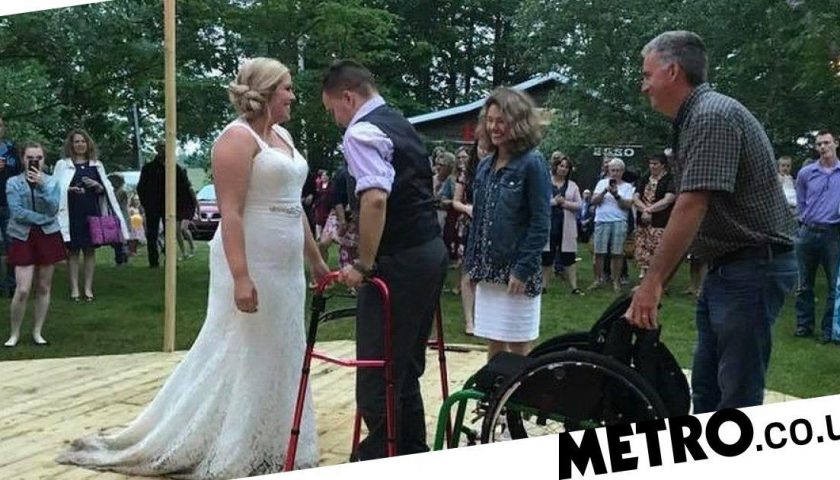 Canadian student Chris Rice was enjoying summer in 2012 when he dove into a pool and plunged to the bottom.

Disastrously for the 26-year-old from Nova Scotia, the pool was shallow, at four feet high.

Chris immediately knew that something was wrong because although he was conscious, he couldn’t move any part of his body apart from his eyelids.

He hoped he would regain movement but when he saw his hands moving in the water, yet couldn’t feel it happening, Chris knew he must have sustained serious damage.

But seven years later, Chris not only walked, he danced at his best friend’s wedding.

At the time of the accident, Chris almost drowned after lying down face down in the water for approximately 45 seconds.

His brother Alex rolled him onto his back just in time as Chris may have drowned if he’d been left for a couple more seconds.

He was then taken to hospital where they discovered he had crushed his vertebra. He had to have surgery that day to replace the bone with a metal plate as well as having four screws put in to fix his neck.

Chris has some advice for others who, like him, may not appreciate their blessings.