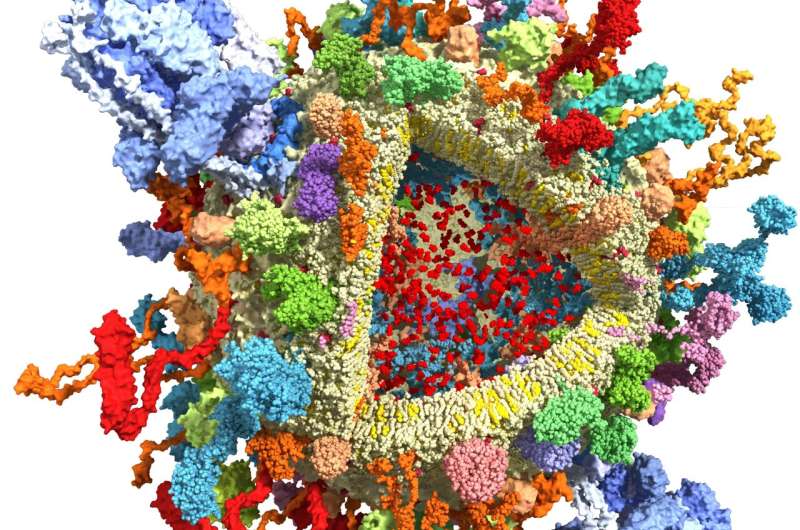 In a new breakthrough to understand more about the mammalian brain, University of Copenhagen researchers have made an incredible discovery. Namely, a vital enzyme that enables brain signals is switching on and off at random, even taking hours-long “breaks from work”. These findings may have a major impact on our understanding of the brain and the development of pharmaceuticals. Today, the discovery is on the cover of Nature.

Millions of neurons are constantly messaging each other to shape thoughts and memories and let us move our bodies at will. When two neurons meet to exchange a message, neurotransmitters are transported from one neuron to another with the aid of a unique enzyme.

This process is crucial for neuronal communication and the survival of all complex organisms. Until now, researchers worldwide thought that these enzymes were active at all times to convey essential signals continuously. But this is far from the case.

Using an innovative method, researchers from the University of Copenhagen’s Department of Chemistry have closely studied the enzyme and discovered that its activity is switching on and off at random intervals, which contradicts our previous understanding.

“This is the first time anyone has studied these mammalian brain enzymes one molecule at a time, and we are awed by the result. Contrary to popular belief, and unlike many other proteins, these enzymes could stop working for minutes to hours. Still, the brains of humans and other mammals are miraculously able to function,” says Professor Dimitrios Stamou, who led the study from the center for Geometrically Engineered Cellular Systems at the University of Copenhagen’s Department of Chemistry.

Until now, such studies were carried on with very stable enzymes from bacteria. Using the new method, the researchers investigated mammalian enzymes isolated from rats’ brains for the first time. Today, the study is published in Nature.

Enzyme-switching may have far-reaching implications for neuronal communication

But the study demonstrates that in each container, there is just one enzyme; when this enzyme switches off, there would be no more energy to drive the loading of neurotransmitters into the containers. This is an entirely new and unexpected discovery.

“It is nearly incomprehensible that the extremely critical process of loading neurotransmitters in containers is delegated to only one molecule per container. Especially when we find that 40% of the time these molecules are switched off,” says Professor Dimitrios Stamou.

These findings raise many intriguing questions:

“Does shutting down the energy source of the containers mean many of them are indeed empty of neurotransmitters? Would a large fraction of empty containers significantly impact the communication between neurons? If so, would that be a ‘problem’ that neurons evolved to circumvent, or could it possibly be an entirely new way to encode important information in the brain? Only time will tell,” he says.

A revolutionary method to screen drugs for the V-ATPase

The V-ATPase enzyme is an important drug target because it plays critical roles in cancer, cancer metastasis, and several other life-threatening diseases. Thus, the V-ATPase is a lucrative target for anticancer drug development.

Existing assays to screen drugs for the V-ATPase are based on simultaneously averaging the signal from billions of enzymes. Knowing the average effect of a drug is sufficient as long as an enzyme constantly works in time or when enzymes work together in large numbers.

“However, we now know neither is necessarily true for the V-ATPase. As a result, it has suddenly become critical to have methods that measure the behavior of individual V-ATPases in order to understand and optimize the desired effect of a drug,” says the first author of the article Dr. Elefterios Kosmidis, Department of Chemistry, University of Copenhagen, who spearheaded experiments in the lab.

The method developed here is the first one ever that can measure the effects of drugs on the proton-pumping of single V-ATPase molecules. It can detect currents more than one million times smaller than the gold-standard patch clamp method.

Facts about the V-ATPase enzyme: