Lung cancer is when abnormal cells divide in an uncontrolled way to form a tumour in the lung. Survival outcomes depend largely on how far the cancer has spread so being aware of the warning signs is imperative. Unfortunately, as the NHS points out, there are usually no signs or symptoms in the early stages of lung cancer, but many people with the condition eventually develop symptoms.

One common sign of lung cancer is experiencing an ache or pain when breathing or coughing.

Other signs may include:

According to Macmillan UK, if you have any of these symptoms, it is important to get them checked by your GP.

Some of these symptoms can be caused by other lung conditions or by smoking and is occasionally diagnosed by chance when a person is having tests for another condition, notes the charity. 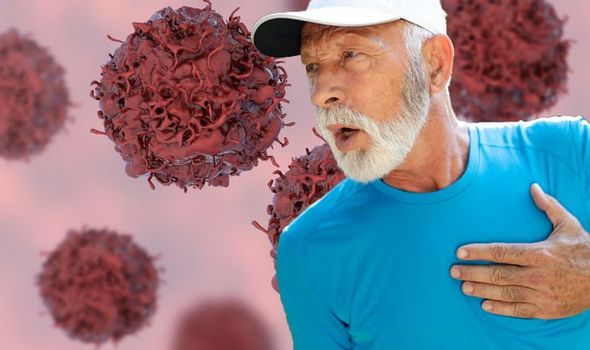 Who is at risk?

According to Cancer Research UK, older age is the main risk factor for developing lung cancer.

“This largely reflects cell DNA damage accumulating over time. Damage can result from biological processes or from exposure to risk factors,” explained the charity.

As the NHS explains, this is because smoking involves regularly inhaling a number of different toxic substances.

Certain lifestyle factors have also been shown to reduce a person’s risk of developing lung cancer.

A study published in JAMA Oncology found that a diet high in fibre and yogurt was associated with a reduced risk for lung cancer.

The findings, which are the result of an analysis of data from studies involving 1.4 million adults in the United States, Europe and Asia, found that the highest yogurt and fibre consumption had a 33 percent reduced lung cancer risk as compared to the group who did not consume yogurt and consumed the least amount of fibre. 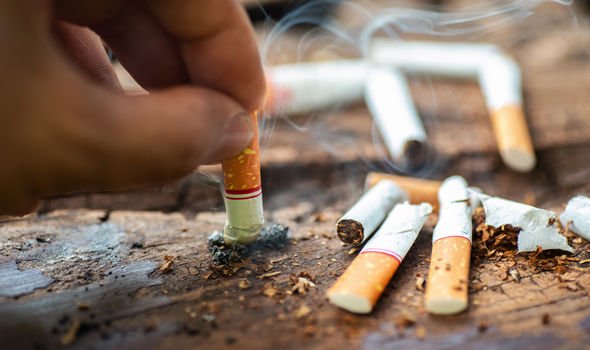 Shu said the health benefits may be attributed to the prebiotic and probiotic properties found in fibre and yoghurt.

As the NHS reports, there’s strong evidence to suggest that regular exercise can also lower the risk of developing lung cancer and other types of cancer.

Most adults are recommended to do at least 150 minutes (two hours and 30 minutes) of moderate-intensity aerobic activity each week, plus strength-training exercises on at least 2 days each week.

Lung cancer does not usually cause noticeable symptoms until it’s spread through the lungs or into other parts of the body. 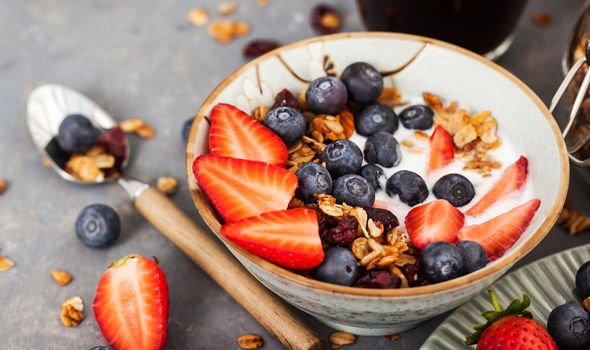 This means the outlook for the condition is not as good as many other types of cancer.

According to the NHS, about one in three people with the condition live for at least one year after they’re diagnosed and about one in 20 people live at least 10 years.

However, survival rates vary widely, depending on how far the cancer has spread at the time of diagnosis. Early diagnosis can make a big difference.