People living up high mountains have shorter forearms because their bodies put more effort into growing other bones, according to research.

A study of Sherpa people in the Himalayas reveals how the difficult conditions of living at altitude take their toll on body development.

Men and women in the highlands have forearms which are on average 1.3cm shorter than those of similar groups living at lower altitude.

The men are also not as tall and have shorter upper arms and hands, but women do not display the same effects, the research shows.

Stephanie Payne, a PhD student from Cambridge University, travelled to Nepal to measure the limbs of people living in the highlands and lowlands.

High altitudes mean there is less oxygen in the air and less food available because it is harder for plants to grow, so people tend to have less energy.

Ms Payne says the higher people live, the shorter their forearms are because the body gives more important limbs priority when using its limited ability to grow. 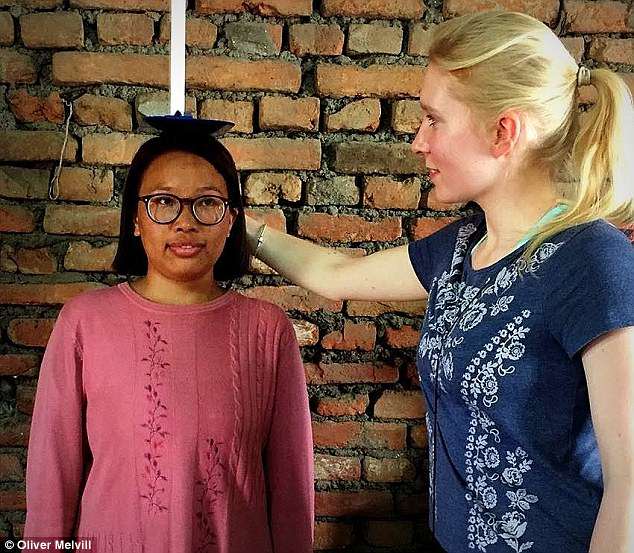 The research team travelled to rural villages around Namche Bazaar in the north of Nepal, about 20 miles (32km) from Mount Everest Base Camp and 3,500 metres above sea level.

PEOPLE LIVING AT ALTITUDE ARE LESS LIKELY TO BE FAT

People who live at higher altitude are less likely to be fat, according to research published in 2015.

A study found living 456 metres (1,496 ft) or more above sea level is linked with a 13 per cent lower risk of becoming overweight or obese.

Living at high altitude has previously been associated with lower obesity rates probably due to lower concentrations of oxygen in the air.

Researchers say high altitudes suppress hunger by increasing the secretion of the hormone leptin – which makes people feel full – and regulating other hormones involved in appetite.

If hunger is suppressed less energy is used for metabolising food, which reduces the use of oxygen.

This could be an ancient adaptive mechanism to survive at high altitudes where there is not a lot of food or oxygen, scientists say.

They then travelled to Kathmandu, the capital city of Nepal, which is 1,400m above sea level to compare the measurements with genetically similar lowland people.

Both sexes have shorter forearms, and men are also shorter

Both men and women have significantly shorter forearms – the ulna bones – in the highlands; women’s were an average 1.2cm shorter, while men’s were 1.4cm shorter.

Men are also an average of 3.1cm shorter and their upper arms and hands are not as long.

Even the lowland people live higher than the peak of Ben Nevis – the UK’s highest mountain at around 1,345m.

Lower oxygen levels at altitude mean the conversion of food into energy in an individual’s body is not very efficient and leads to less energy which can be used to grow.

Ms Payne said: ‘Our findings are really interesting as they show that the human body prioritises which segments to grow when there is limited energy available for growth, such as at high altitude. 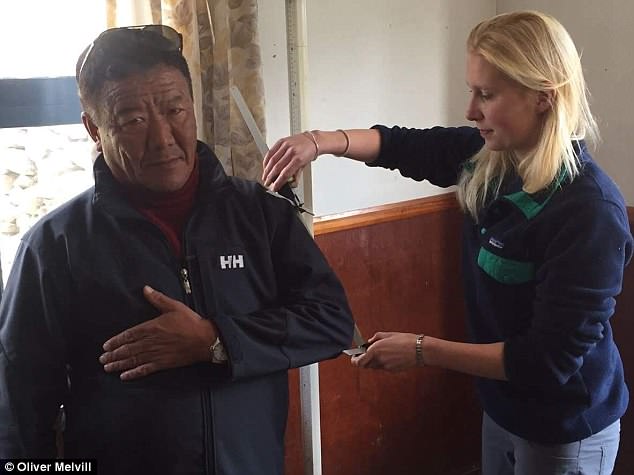 Ms Payne found people living at 3,500m above sea level have, on average, forearms which are 1.3cm shorter than those living at 1,400m

‘This comes at the expense of other segments, for example the lower arm.

‘The body may prioritise full growth of the hand because it is essential for manual dexterity, whilst the length of the upper arm is particularly important for strength.’

The width of people’s hands did not change significantly.

Experts are uncertain exactly why limb growth changes due to altitude, but suggest it could be due to the temperature, blood flow or supply of nutrients.

Scientists think lower temperatures at high altitude – it can drop down to -40C in the winter – may cause limbs to grow shorter and wider to keep in as much heat as possible.

Blood supply is also usually greater in the hands than in the forearms, suggesting the hands may receive a better supply of nutrients during growth, the study says.

To get to the Sherpa people Ms Payne had to take the ‘most dangerous flight in the world’ to Lukla in Nepal, where planes land on a short runway on a mountainside, and trek for two days, which left her suffering from altitude sickness. 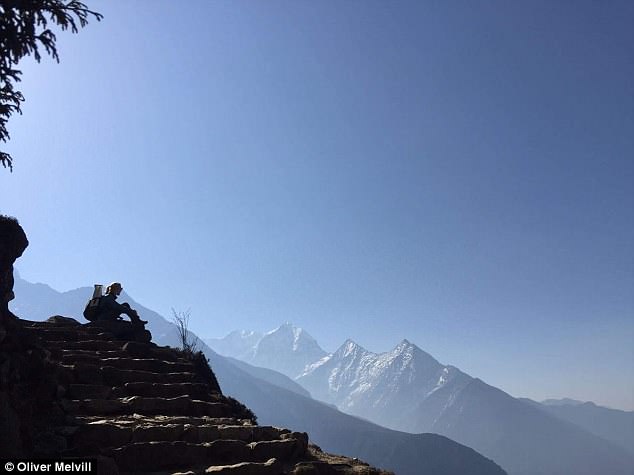 She added: ‘We’re really grateful to the Himalayan Sherpa populations who participated in the study.

‘We measured and examined over 250 individuals and then compared our findings to genetically similar Tibetan groups living in the lowlands of Nepal.

‘We used Namche Bazaar on the Everest Trail as our base to conduct the study with the local population.

Tough journey to observe people in the mountains

‘It was an incredible experience with yaks carrying our anthropometric equipment through the mountain passes.

‘It is not an easy journey, but thanks to the dedicated team, including my research assistant Oliver Melvill, we were able to collect the valuable data and obtain a suitable sample size.

‘Our research actually mirrors evidence previously found in Andean populations. Our study demonstrates a similar pattern of growth prioritisation across the limb segments.’

The findings are published in the journal Royal Society Open Science.