‘I went to bed with perfect sight and woke to a nightmare’: Celebrity photographer Terry O’Neill describes the ordeal that almost left him BLIND

Terry O’Neil has photographed everyone from The Beatles to the Rolling Stones, Brigitte Bardot to Frank Sinatra.

He is also the only person to have photographed every James Bond star from Sean Connery to Daniel Craig.

He is known for his razor-sharp eye — so imagine his horror when he woke up one morning to find he couldn’t see clearly.

‘I wasn’t blind but everything looked a little blurry,’ says Terry, now 79. ‘When I went to bed it had all been fine, but suddenly it was like looking through the middle of an old scratched lens.

‘I got up but I initially felt a little unsteady on my feet because my view of the world had changed slightly.’ 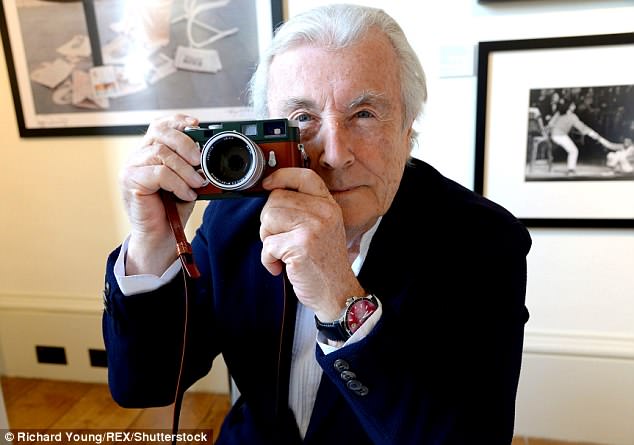 Terry O’Neil has photographed everyone from The Beatles to the Rolling Stones, Brigitte Bardot to Frank Sinatra

Terry, who is married to Laraine (his second wife was Faye Dunaway) and has four children and three grandchildren, wondered if it was a complication of cataract surgery he’d had six months earlier.

‘It was strange because I thought I’d have near enough perfect vision after getting my cataracts done and was still busy working as a photographer,’ he says.

After waking up that morning with hazy vision, he went back to the surgeon who had carried out his cataract operation on the NHS.

The surgeon explained that this new problem wasn’t related to his cataracts but was most likely one that potentially had even bigger ramifications for his sight: age-related macular degeneration (AMD), a condition that leads to a loss of central vision which can make everyday activities such as driving or even reading difficult. Around 600,000 people in the UK have some degree of sight loss as a result of it.

It was devastating news. ‘I was shocked to the core,’ Terry recalls. ‘As a photographer, losing my sight was my worst nightmare. My eyes have been my livelihood for over 50 years and I was terrified I would end up blind and never be able to photograph anyone again.’

His surgeon referred Terry to Evelyn Mensah, a consultant eye surgeon at Central Middlesex NHS Hospital in London, who specialises in macular degeneration. She confirmed the diagnosis.

‘By the time I saw her a couple of weeks later my eyesight had deteriorated further, so by then I was struggling to read a book or paper and couldn’t see the hands on my watch very well. It was made pretty clear to me that unless I was treated fast, I’d be left partially blind and unable to work as a photographer. I couldn’t stand the thought that I might never see my wife, my children or grandchildren ever again.’

AMD typically strikes people in their 50s or 60s and affects one 90-year-old in five. It reduces the ability to make out fine detail —straight lines appear wavy, printed words blurred.

‘When someone with the condition looks at another person’s face or a clock, they’ll only be able to see the outline of the head or clock but not the facial features or the hands of the clock,’ explains Ms Mensah.

There are two kinds of AMD; dry and wet. Dry, a slow progressive disease, accounts for 80 per cent of cases and is caused by a build-up of waste products under a thinning macula (the central part of the retina at the back of the eye).

Wet AMD is caused by the growth of fragile blood vessels under the macula. These are prone to leak and bleed, which can blur the vision and, if not treated, lead to scarring and sight loss.

‘This occurs rapidly, which is why treatment should be started within a couple of weeks,’ says Ms Mensah. ‘While there is no treatment for dry AMD, any progression is extremely slow — over years and years.’

There is some evidence that a healthy diet rich in substances called carotenoids (lutein and zeaxanthin), found in brightly coloured vegetables and green leafy veg such as spinach, can help delay progression. 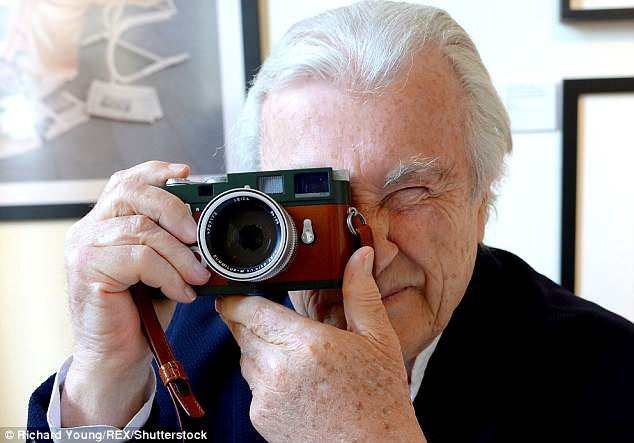 Terry, however, has wet AMD, ‘which is the cause of more devastating visual loss if it’s not treated’, says Ms Mensah.

As well as age, risk factors for AMD include a family history of the condition. But the most common risk factor people can control is smoking, ‘which quadruples your chances of getting macular degeneration’, she adds.Terry admits being ‘a 20-a-day man for nearly 50 years — I started smoking at 12 and didn’t stop until I was 60’.

Had he developed the condition 20 years ago, the chances are he would now be completely blind. Indeed, AMD remains the leading cause of blindness in this country. However, for wet AMD there are now injections to prevent further blood vessels developing.

The injections block the action of vascular endothelial growth factor, which is responsible for the growth of the abnormal vessels under the macula.

Thanks to the treatment, Terry is still able to take pictures but his life now revolves around monthly hospital appointments to have injections in his eyes.

‘Whenever I tell my mates what the treatment involves, they screw up their faces and ask: “How can you bear to have that done?”. But you learn to live with it, and the thought of what’s going to happen is worse than the actual injection.’

During the first three months of treatment, patients need to have their eyes injected monthly. Thereafter the injections are usually reduced to once every two months. In the second year of treatment, the regularity of injections can be further reduced.

‘Within a few weeks of the first treatment most people will have noticed an improvement,’ says Ms Mensah. But for this to last, some people, like Terry, need regular repeat treatments for ever.

‘We don’t discharge patients who are stable and no longer need treatment, as they can develop re-activation of the wet AMD,’ adds Ms Mensah.

‘Terry’s AMD is more active in his left eye, so one eye needs treatment every two months and the other eye every four months.’

For Terry ‘the important thing is that my eyesight has stabilised and it’s not getting any worse’.

But some days are worse than others. ‘I make sure I sit by a bright light to read and I’ve got a watch with bigger hands that stick out, but on a bad day I rely on a magnifying glass for things such as reading or doing a crossword.’

As for photography: ‘I still do the odd charity job, my AMD hasn’t impacted on that, although I’ve pretty much photographed everyone I want to photograph.’

The success of the treatment means he won’t have problems recognising all those helping him celebrate his 80th birthday next month. ‘I’m just so grateful,’ says Terry. ‘I feel blessed to still be able to see. Most people don’t think twice about all they see around them, but I do. I’m a lucky man.’

Could your own urine be an effective treatment for sweaty feet? That’s the suggestion from doctors in Saudi Arabia.

Scientists at the University of Shaqra claim morning urine is rich in minerals and hormones which can calm the activity of the skin’s sweat pores.

The scientists recruited 20 young men with plantar hyperhidrosis (sweaty soles) and persuaded them to wash their feet for between 20 and 30 minutes each morning in their first wee of the day.

Only one volunteer dropped out before the end of the three-week experiment. The scientists report in the European Scientific Journal that in the remaining cases the therapy controlled the volunteers’ hyperhidrosis.