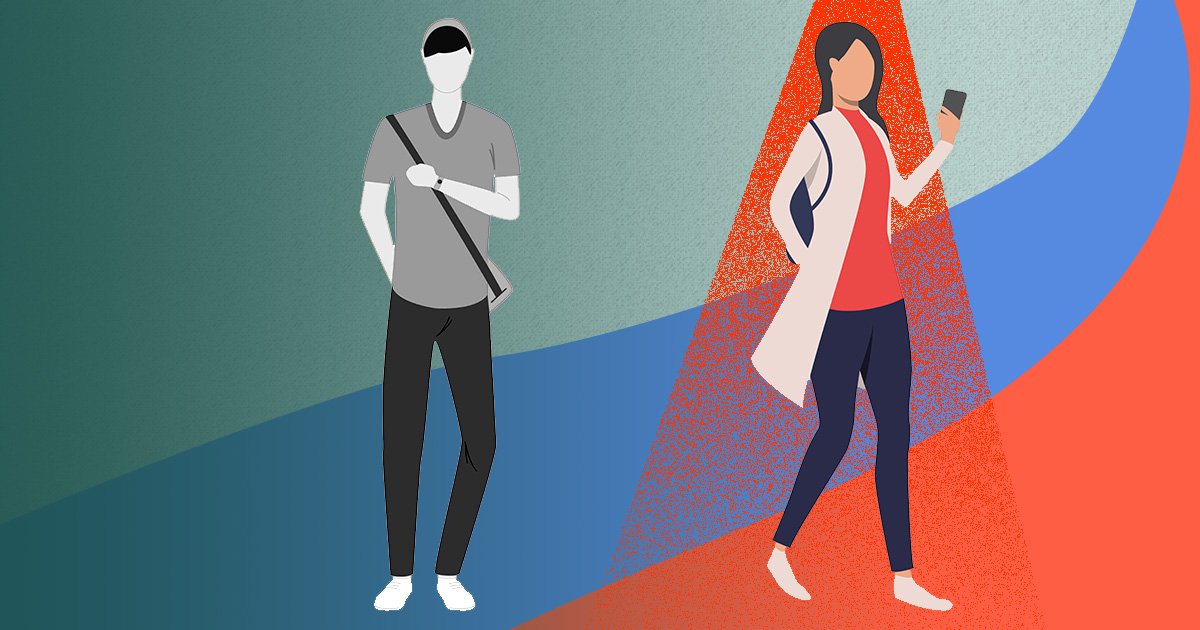 ‘Only around one in three people know that HPV causes cancers in men,’ explains David Winterflood, the director of NOMAN is an Island: Race to End HPV campaign.

‘If people have heard about HPV, most likely it is in relation to cervical cancer – but that is only part of the story,’ he continues. ‘HPV is the causal agent of 5% of all cancers as well as recurrent respiratory papillomatosis (RRP) and genital warts – diseases which affect both men and women.

‘This is a virus which does not discriminate based on gender. It’s therefore vital that we protect all sexes against HPV.

This is a virus which does not discriminate based on gender

Thankfully, we have that solution – a HPV vaccine, which has been given to schoolgirls since 2008.

‘The HPV vaccine is the greatest opportunity we’ve had to prevent cancer in decades – probably since sunscreen,’ explains David, ‘that is something we should be shouting from the rooftops about.’

David explains that, as a society, we’ve done a great job at spreading awareness of the link between HPV and cervical cancer.

If anything, we’ve done too much of a good job at helping people see the correlation between HPV and women’s health.

This could be why many tend to (incorrectly) think of HPV as a ‘women’s issue.’

David says: ‘As a society we have been incredibly effective at communicating the link between HPV and cervical cancer, and in the UK we have made massive strides to eliminate these cancers – as highlighted by the news last autumn that rates of cervical cancer have been cut by nearly 90%.

David stresses we need to now focus on educating society that HPV affects both men and women – especially considering that 80% will get the virus at some point in our lives.

‘We know that awareness around HPV and, in particular, HPV cancers in males, also remains very low,’ he adds.

‘Over the past decade or so there have been multiple touchpoints to educate females about HPV and the diseases it causes – from vaccination through the cervical screening programme.

‘Whereas for males they haven’t had those insight opportunities unless someone they care about has an adverse smear, has a HPV cancer diagnosis, or their daughter is receiving the vaccine at school.

‘So we must educate males about the risks they too face of HPV cancers. This virus does not affect one gender in isolation.’

This is a topic particularly important with children heading back to school this month – especially as HPV vaccinations have declined since the pandemic.

He adds: ‘HPV vaccination coverage in the UK declined during the pandemic, prior to this over 83% of eligible girls were vaccinated.

‘So first of all, not only should we be aiming to recover our vaccination coverage to pre-pandemic levels, we should then be seeking 100% coverage of both boys and girls in order to protect against HPV cancers.’

However, because Covid has shone a light on the importance of immunity recently, David is hopeful this might help people see that one simple vaccine really can be life-changing.

He continues: ‘The pandemic has once again put immunisation into the spotlight, and that is an opportunity we as a society have to grasp.

‘We have used vaccines to eliminate smallpox, polio, measles and other infectious diseases – we should be adding HPV to that list. It bears repeating; the HPV vaccine is a cancer-preventing vaccine.

‘We’ve seen how effective it has been cutting rates of cervical cancer. It’s imperative that we vaccinate all children, boys as well as girls against it.

‘And by doing so, we can make the elimination of HPV cancers a reality.’

The good news is that progress is being made, with more than 40 countries now vaccinating both sexes against HPV.

David adds: ‘Our ultimate goal at NOMAN is an Island: Race to End HPV is to go out of business as quickly as possible.

‘That day will come when every country is protecting both their daughters and sons against HPV.’

This week, Metro.co.uk is looking at HPV and its related cancers from a range of perspectives.

HPV is something that eight in 10 of us will encounter at some stage of our lives. It’s spread through skin-to-skin contact, not just penetrative sex. There is even some evidence to suggest it can spread through deep kissing.

It isn’t tested for in a standard sexual health screening, so it’s near impossible to know when or where a person might have contracted it or who they might have passed it onto.

For most people, their bodies will fight the virus off in around one to two years without any lasting effects. For some people however, it can make them more vulnerable to cancers of the cervix, anus, head and neck, penis, vagina and vulva.

Over this week, we’ll be exploring the human issues that come with HPV and its related cancers.