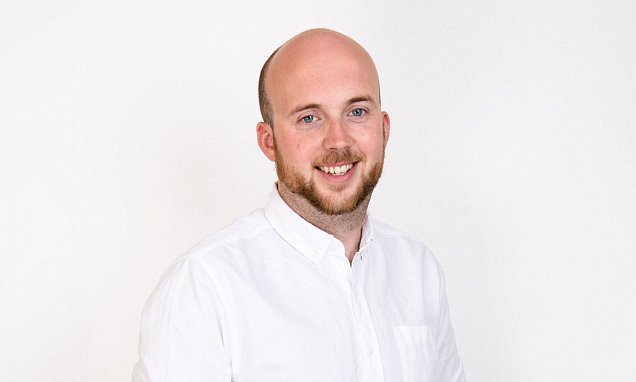 How a gene breakthrough has saved Joe’s sight – and, one day, the same technology could transform all our lives 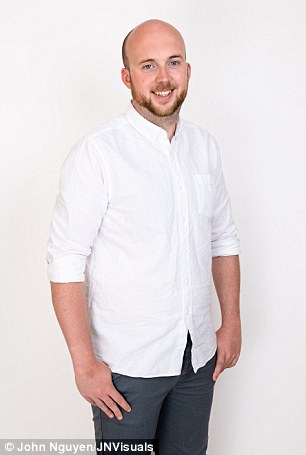 Young: Joe Pepper was diagnosed with choroideremia when he was just ten years old

Whenever teacher Joe Pepper watches his students play cricket, he feels a rush he can only describe as ‘euphoric’.

For Joe — an avid cricket player since childhood — was diagnosed with the degenerative eye disease choroideremia when he was just ten years old.

The inherited condition causes progressive vision loss and mainly affects males. Within six years of diagnosis, Joe had to give up his beloved cricket, and by the time he was a teenager, he’d started turning down invitations as he was too nervous to leave the house.

Joe says: ‘The prognosis was that one day I would lose my sight for ever.’

But thanks to a pioneering gene therapy technique, not only can Joe now see better than before, he also coaches pupils in cricket, football and rugby at the school where he teaches history. ‘Best of all, I know I won’t go blind,’ says Joe, 26, who lives in Croydon. ‘The technique has halted my sight loss.’

The therapy is already being developed for other inherited eye diseases such as retinitis pigmentosa (which affect the retina at the back of the eye) and Stargardt’s Disease (which causes progressive damage to the macula, the area responsible for central vision).

The technique could eventually help not just eye diseases, but a range of conditions linked to a single defective gene, including some cancers and cystic fibrosis, and even common health problems, such as high blood pressure.

Choroideremia is caused by a mutation in a gene which normally produces a specific protein called REP-1 in the retina, the light-sensitive cells. Without this protein, the cells in the retina slowly die off.

Symptoms begin with night blindness, often in early childhood, then tunnel vision. It eventually leads to blindness 20 to 30 years after symptoms begin.

The condition tends to affect both eyes. Although it is women who carry the defective gene, they don’t usually show symptoms because choroideremia is carried on the X chromosome. Women have two X chromosomes, so if a gene is faulty on one, the other can act as a backup and help to compensate. Within six years of diagnosis, Joe had to give up his beloved cricket, and by the time he was a teenager, he’d started turning down invitations as he was too nervous to leave the house

But because men have one X and one Y chromosome, there is no such backup, explains Dr Neil Ebenezer, director of research, policy and innovation at the charity Fight for Sight.

Pioneering research at Imperial College London by Professor Miguel Seabra, funded by the charity, identified a way to replace the relevant gene. This could help retinal cells recover their function. The researchers found that a virus could be used to insert the correct DNA into cells so that the missing protein is produced.

Professor Robert MacLaren, an ophthalmologist at the University of Oxford, led the first clinical trial for the gene therapy in 2011. ‘With gene therapy, we use the power of the virus to deliver DNA into sick cells — we can modify the DNA to match the missing gene so that when the virus infects the cells, it provides a “patch” to correct the defect,’ he says. ‘The cells can then return to normal function.’

The procedure involves first removing the eye’s clear internal jelly via keyhole surgery (the jelly is gradually restored by the body). A small amount of fluid containing the gene therapy is then injected under the retina, creating a small fluid-filled blister.

The operation can be done under general or local anaesthetic and takes around an hour. Patients are then monitored for 24 months after the one-off treatment.

Joe’s condition was diagnosed after he went on a family holiday to Portugal aged nine. A sporty boy, he kept tripping on a cobbled street. ‘It happened again and again — always at dusk,’ recalls Joe. ‘I couldn’t really see unless it was broad daylight.’

At home, Joe’s parents took him for an eye test. The optometrist looked worried after checking the back of Joe’s eyes and referred him to hospital. Despite tests, no one seemed to know what was causing his night blindness.

‘By now, I was bumping into everything at night. I was still all right at daytime but after dark I could barely see,’ he says.

Finally, when Joe was ten, tests at Moorfields Eye Hospital in London revealed the cause. ‘The consultant told me I had a condition which I couldn’t even repeat, let alone spell,’ he recalls.

That was choroideremia. Only one in 50,000 people in the UK is thought to have it. ‘But then came the part I did understand,’ Joe remembers. ‘The doctor said the condition caused progressive sight loss — I would eventually go blind. And there was nothing that could be done.’

As a child, Joe tried to carry on as normal. But when he was 16, he noticed a sudden decline. ‘I was playing cricket one Sunday, and suddenly I couldn’t see the ball. I had to let three or four balls just go past me,’ he says. ‘I felt sick with dread. I knew I was losing my sight.’

After that, Joe fell into despair and avoided spending time with friends. He remembers once running for a bus and crashing into a bin, which flew in front of the bus, scattering rubbish everywhere.

‘I was so embarrassed. It was another sign that my sight was deteriorating,’ he says. 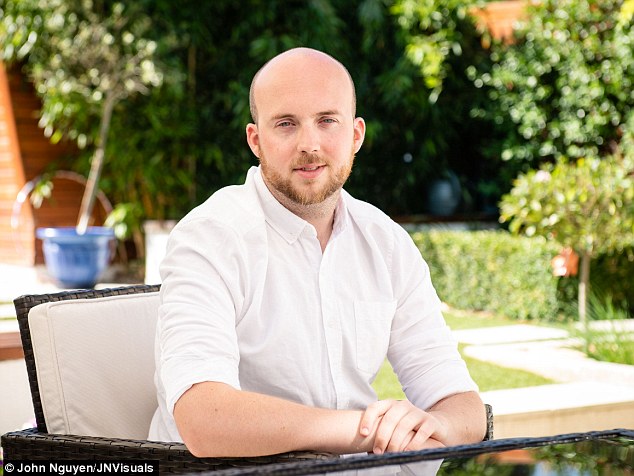 Fate? Joe’s condition was diagnosed after he went on a family holiday to Portugal aged nine

Joe managed to take A-levels, then studied history at university in Southampton — it took him a lot longer to read than others, so he often listened to audiobooks or podcasts. He still managed to do well academically, but by the time he graduated, Joe felt so anxious about going out that he didn’t even attend his graduation ball.

‘I’d walk into objects, lamp posts, people,’ he says. ‘My left eye was still OK during the day, but my right was rapidly deteriorating.’

He went on to take a course in teacher training. It was around this time he heard of clinical trials into his condition, but he chose not to approach the researchers. ‘It was a risk,’ he says. ‘I didn’t know if this new operation might make my sight worse. I felt safer clinging to the sight I did have.’

But then, when he was in his first teaching job in 2015, he was called by a researcher from the team at the Oxford Eye Hospital, where he had been a long-term patient.

‘They asked if I’d take part. Before, I’d been too anxious. But now, with my sight fading rapidly, I blurted out “Yes”,’ he says.

Six weeks later he had the treatment under general anaesthetic — he was allowed home the next day. Four weeks later, Joe returned to hospital for an eye test.

Normally he could read only the first two lines with his right eye. ‘But this time, I read the first line, then the second, then the third, and I kept going,’ he says.

‘I could read all of the first four lines — something I’d not done in years. I told Dad I’d read all four lines. My dad — a real man’s man — broke down and we both just held each other crying.’

They then went home to break the news to Joe’s mother. ‘All I felt was relief and happiness — I’d never have 20/20 vision, but I would not go blind,’ says Joe. ‘There was now hope.’

Dr Ebenezer says that the eye is the ‘ideal place to check how this DNA delivery technique works because it is contained, and any changes within the eye will have limited impact on the rest of the body.

‘However, ultimately this technique has broad applicability to many other conditions that involve a single defective gene. All research breakthroughs are made by standing on the shoulders of others — and this will have huge benefits for the future.’

Professor MacLaren adds: ‘Gene therapy is potentially a single treatment that has lifelong effects in preventing disease progression. That is why it is so exciting. Can you imagine having high blood pressure, then taking one pill to permanently put it back to normal by altering genes?

‘That is why gene therapy is so much more powerful than anything else in medicine today.’

Joe now plans to take part in a ‘virtual’ fundraising walk/run for Fight for Sight. This involves downloading an app which takes you on a 10k virtual race, giving eye health tips and raising awareness for eye conditions along the way.

‘It’s the least I can do — I thought I’d be blind but Fight for Sight gave me back my sight, my hope and my life,’ Joe says.

You can register for the virtual event from August 20 (the event itself will be launched in National Eye Health Week on September 24): go to fightforsight.org.uk