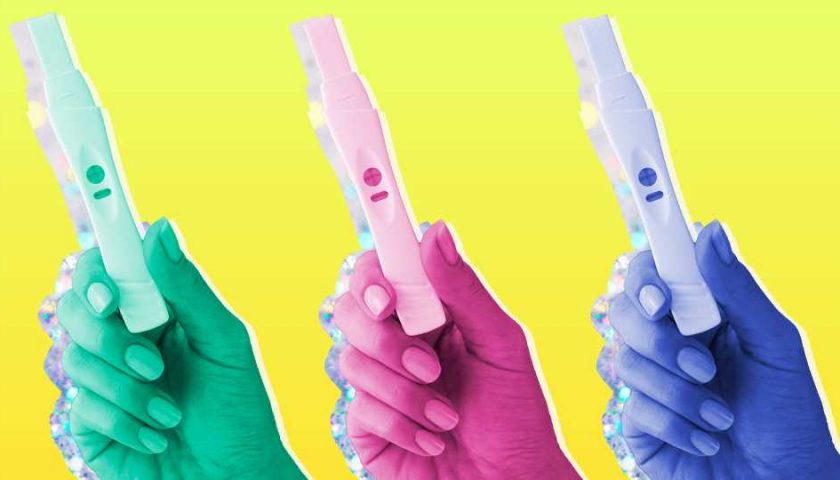 For many women, we spend a good chunk of our lives trying not to get pregnant — until some of us want to have kids. That’s why we’ve dedicated a lot of time wondering whether or not we’re pregnant, no matter which side of the line we’re on. Many of us take birth control and still hold our breath every month waiting for our periods to arrive, and others who are pursuing pregnancy look for the smallest signs that they may have conceived.

Whether you’re in the first camp or the second, we can agree we’d probably know sooner rather than later if we might be pregnant. For that reason, we spoke to doctors about what symptoms most often indicate a pregnancy.

First, before you panic or get excited or some combination of the two, it’s important to remember that not everyone responds the same way to being pregnant.

According to Dr. Grace Kong, an OB-GYN at Saddleback Memorial Medical Center in Laguna Hills, California, every woman is different in terms of what combination of symptoms she may or may not feel during early pregnancy. Not only that, but each pregnancy can have different symptoms in the same individual, she added. So just because you didn’t get morning sickness while pregnant with your first child, that may not be the case with the second.

Here are a few early signs of pregnancy and when to visit your doctor.

We’ll start with the most obvious. The missed or late period, which is what prompts most women to take a home pregnancy test. If it’s positive, make an appointment with your doctor.

If it’s positive and you’re experiencing any unusual symptoms, like severe pain or heavy bleeding, Kong tells SheKnows that you should be evaluated by a doctor right away to make sure there isn’t a concern for abnormal pregnancy such as an ectopic pregnancy or a miscarriage.

“As long as the patient is ‘low-risk’ — not on prescription medications, no history of medical problems and no complications with prior pregnancies — then it is best to see a doctor around 6 to 8 weeks of pregnancy,” Dr. Elizabeth West, an OB-GYN at Miller Children’s & Women’s Hospital in Long Beach, California, tells SheKnows.

But West advises that any patients with medical problems or other issues should see their doctor earlier to ensure they are doing everything they can to optimize the pregnancy.

Both Kong and West say that increased breast tenderness and swelling could be an early sign of pregnancy. Of course, fluctuating hormones can cause changes in your breasts throughout the month, but if they’re feeling particularly sensitive, it might be the signal of something more.

Sure, we’re all tired all the time, but if you’re feeling extra tired and can’t figure out why, it could be an early symptom of pregnancy, which Kong says may present early on. In fact, as West points out, the fatigue could set in before you’ve even missed your period.

As pregnancy hormones increase, it may result in nausea or vomiting, Kong says. According to West, this phase of pregnancy typically happens five to six weeks after conception, and despite being called “morning sickness,” it can occur at any time of day or night.

Aversion to foods and/or smells

Some patients experience food aversions and sensitivity to odors very early in pregnancy, West explains. So if you’re normally all about the smell of baking bread but all of a sudden it makes you sick, that might be a sign.

Yes, this sounds a lot like a period, but it’s not. According to Kong, a small amount of spotting and cramps can occur as the embryo implants into the uterine lining.

When in doubt, there’s no harm in doing a quick at-home pregnancy test. No one likes peeing on a stick, but it’s totally worth it to put your mind at ease.

A version of this article was originally published in March 2011.