GPs want to charge patients to see them to stop unnecessary appointments.

They want to impose token fees of around £5 in the hope it will deter patients and reduce demands on services.

The controversial proposals will be raised at a major conference of doctors next week.

Although the fees are unlikely to be introduced, calls for co-charges are getting louder as many doctors feel the current system is not working. 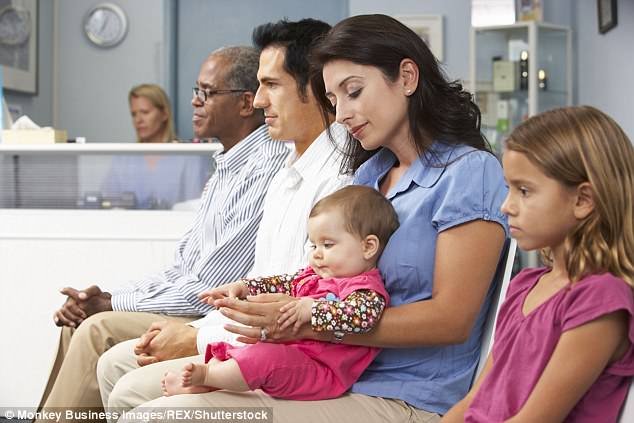 They suggest a small levy – similar to the 5p on plastic bags – would have a similar effect in cutting down unnecessary that could be better spent on other patients and missed appointments.

Doctors hope it would encourage people to make better use of pharmacies rather than automatically thinking they will ‘go to the GP’.

But patient groups have warned it could stop vulnerable patients from attending appointments.

The charges will be voted on at the British Medical Association (BMA) conference in Brighton on Monday.

They have been proposed by the Gloucestershire division- a regional body of doctors – who are calling on the government ‘to consider alternative means of funding the NHS.’ The motion states that they believe ‘co-payments from patients should be considered’ in what it calls the ‘current resource and funding crisis in the NHS’. 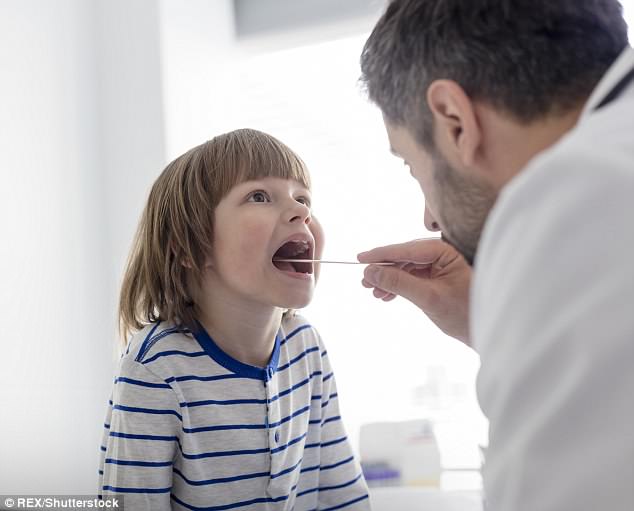 Mike Forster, lay secretary for Gloucestershire LMC, said the aim of the motion is to get patients to think about if they really need to see a doctor.

He suggested the ‘free at the point of use’ ethos of the NHS, while important, means many are turning to it out of habit rather than real need.

‘There is an enormous amount of demand in general practice.

‘What used to be true in our grandmother’s day is that you only went into the doctor if you were really ill. Nowadays you go to the doctor for very much lesser problems.

‘We are just putting a shot across the bow saying is this something to be considered for ameliorating the deluge of patients going through general practice doors who might possibly think twice about doing it and giving grandmother’s recipe – i.e. bed and rest for a few days – time to do its work.’ He gave an example of Northern Ireland having far higher averages for patient appointments than in the Republic of Ireland, which operates a different healthcare system.

He suggested a small fee of a few pounds might make people think twice and free up time for GPs to extend the standard 10-minute consultations.

The proposal comes just weeks after a poll found nearly three quarters of people back imposing charges on patients who miss their GP appointments.

Some 71 per cent of those asked said they would support the fees, according to an Ipsos Mori poll.

‘In reality, we either need to increase taxes dramatically, adopt a co-payment model, in effect cutting NHS services without a top up payment, or cut the quality and breadth of NHS services for all – providing a service based upon need rather than want,’ he said.

‘Co-payments could provide the resources to stabilise our current national system and provide a mechanism by which the NHS could provide healthcare internationally and help other countries.’ But Joyce Robins, from Patient Concern, warned it could have dire consequences for those most in need.

‘This is a dreadful idea, which will result in people dying needlessly at home because they cannot afford to pay to see a doctor.

‘We already pay a vast amount of money in national insurance contributions and tax towards the NHS and that is how it should be funded.

‘People will be very angry if they arrive at their GP surgery and are presented with a bill. Doctors should be pressing the government for more money – not their patients.’ The Royal College of GPs said introducing fees was complicated and would add another administrative burden onto practices.

Chairwoman Professor Helen Stokes-Lampard, said: “Charging patients for GP appointments would go against one of the founding principles of the NHS, that care is free at the point of need.

‘It risks deterring patients from seeking medical help in the early stages of illness, when they can be dealt with cost-effectively and efficiently in primary care, rather than requiring expensive specialist care in hospitals, and it is bound to negatively affect our vulnerable patients, who are less able to pay for healthcare, most.’ A BMA spokesperson said: ‘The health and social care systems are at breaking point because of years of chronic underfunding in the face of rising demand.

‘In light of the scale of the funding crisis, doctors at the BMA’s upcoming conference will debate how health and social care services can receive the resources they need.’