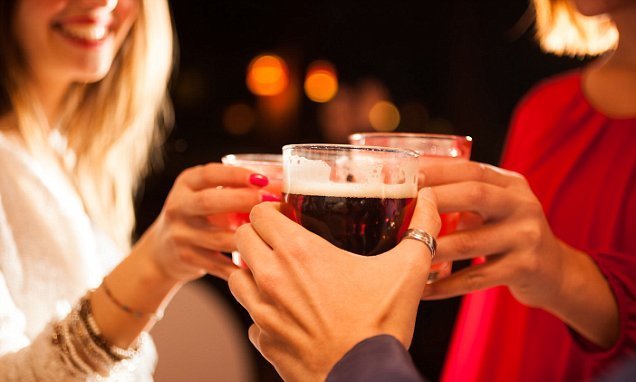 Compared to alcohol alone, mixing in energy drinks may cause people to lose their inhibitions and take more risks on a night out, a study found.

When zebrafish are exposed to alcohol and taurine, a key chemical in energy drinks, they are less likely to avoid predators, which is an example of risk-taking behaviour.

Study author Dr Matt Parker, from the University of Portsmouth, said: ‘[Energy drinks and alcohol] together may be exacerbating some of the negative effects of binge drinking.

‘Reduction of fear and problems in social communication while intoxicated increases the risk of fighting [and] violence.

‘People should be aware that drinking energy drinks in combination with alcohol may impair their judgement and should do so with caution.’ 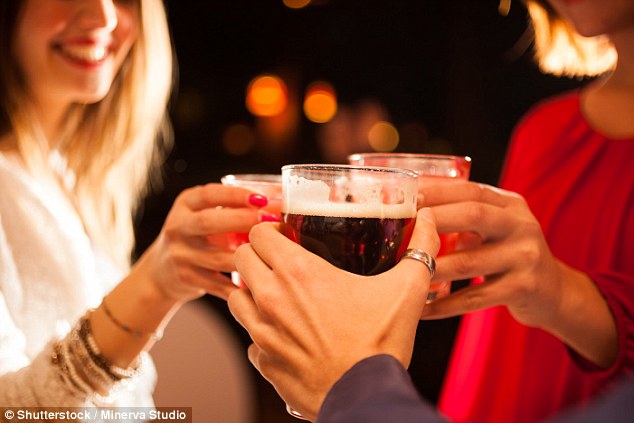 WHAT ARE THE SIDE EFFECTS OF ENERGY DRINKS?

More than half of young people experience side effects from energy drinks, research suggested in January 2018.

Some 55 per cent of those aged between 12 and 24 years old suffer everything from vomiting and chest pains to even seizures from the drinks, despite most consuming less than the recommended one-to-two beverages a day, a study found.

As well as the drinks’ alarmingly high caffeine levels, the researchers believe consuming them with alcohol or during exercise makes them even more dangerous, and urge for them to be banned for young children.

The scientists from, the University of Waterloo, Ontario, asked 2,055 young people about their consumption of energy drinks.

Results reveal 24.7 per cent of youngsters have experienced a fast heart rate, while 24.1 per cent have struggled to sleep, due to energy drink consumption.

Some 18.3 per cent have suffered headaches due to the drinks, while 5.1 per cent report having experienced nausea, vomiting or diarrhoea.

A further five per cent have sought medical attention due to their symptoms and 3.6 per cent report experiencing chest pains.

Alarmingly, 0.2 per cent have even suffered seizures after drinking the beverages.

Of those who have suffered symptoms, the ‘vast majority’ consumed less than one-to-two energy drinks a day.

The findings were published in the Canadian Medical Association Journal.

The researchers analysed the effects of taurine and alcohol on the behaviour of 192 zebrafish.

Zebrafish were chosen because they shoal, which is defined as the animals swimming together in a coordinated way.

Dr Parker added: ‘Zebrafish have similar biological and behavioural responses to alcohol, and are a highly social species, making them ideal for studying the effects of alcohol on behaviour.’

Their shoaling behaviours were assessed during the first five minutes, between 30 and 35 minutes, and again at 55-to-60 minutes.

The animals’ fear responses were determined after the scientists mimicked a predator.

‘Mixing alcohol and taurine might increase the negative effects of alcohol’

Results suggest zebrafish that are exposed to taurine and alcohol interact with each other less than those given alcohol, or water, alone.

Such animals also show more risky behaviour by spending longer in the presence of a predator.

Dr Parker said: ‘Here, we found that the addition of taurine, an ingredient in many “energy” drinks, appears to exacerbate risky choices in zebrafish, as well as reducing their social cohesion.

‘Taken together, these data appear to suggest that mixing alcohol and taurine might be a factor in increasing some of the negative effects of alcohol.’

Dr Parker believes the findings, published in the Journal of Psychiatric Research, could have implications for binge drinking globally.

He said: ‘Binge drinking and general alcohol misuse is a key problem in the UK and across the world, with the numbers of hospital admissions resulting from illness or injury following intoxication costing the NHS millions per year.

‘Alcohol reduces our inhibitions, and in low doses can cause relaxation and euphoria. However, in higher doses this low inhibition can cause problems with fighting or risky behaviour.’