A report last week, written by obesity experts at the University of Oxford, hailed rigorous ‘crash diets’ as effective tools for reducing the waist lines of our increasingly obese nation. Professor Susan Jebb, who wrote the report, suggested that strict, 800-calorie diets should be prescribed on the NHS to individuals in need of dramatic weight loss.

Despite the expert backing, many have been up in arms, claiming that crash diets trigger ‘starvation mode’ which causes the metabolism to crash, meaning you end up putting all the weight back on. These criticisms sound plausible. But are they true?

According to the results of two big, recent British trials the answer is a resounding ‘no’. 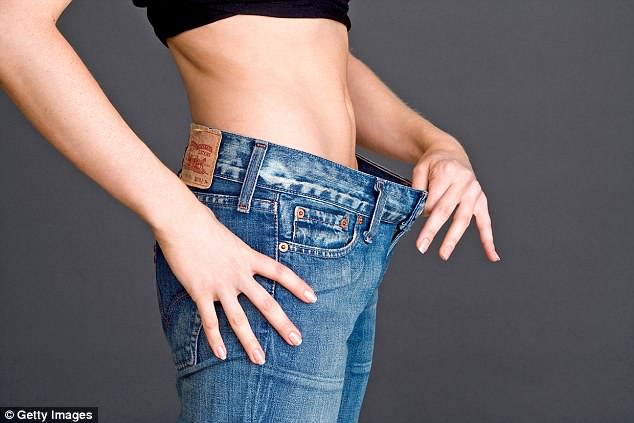 Despite the expert backing, many have been up in arms, claiming that crash diets trigger ‘starvation mode’ which causes the metabolism to crash, meaning you end up putting all the weight back on. These criticisms sound plausible. But are they true?

For the first study, called ‘Direct’, by Professors Roy Taylor and Mike Lean took 298 people with type 2 diabetes and randomly allocated them to an 800-calorie diet or standard care. At the end of a year, those on the 800-calorie diet were, on average, 1½st lighter and almost half had restored their blood sugars to normal without the use of medication. Those getting standard advice lost just over 2 lb and only four per cent of the group had put their diabetes into remission.

100g blueberries, (save some to serve)

1 kiwi, peeled, (save some slices to serve)

100g raspberries (save extra to serve)

Blitz the fruit separately, each with 100ml water, into purees and put into separate containers.

Freeze for two hours then fluff up with a fork before freezing for three more hours.

Allow to sit out of the freezer for ten minutes before using a fork to scrape into a fluffy snow-like texture. Serve topped with the extra fruit.

Higher-calorie version: Serve with 1 tbsp of natural yogurt per serving and a drizzle of honey.

The results of the second study, the Droplet trial, were announced as part of the report by Prof Jebb. It was also an 800-calorie diet, carried out for eight weeks, followed by a behavioural support programme. After a year Prof Jebb discovered that the 800-calorie group – all of whom were originally obese – had lost, and kept off, an average of 1½st, compared to ½st in obese individuals on a standard diet.

She declared the results ‘phenomenal – extraordinary – like nothing we’ve seen in primary care before’. I was delighted because both studies support the rapid weight loss approach that I wrote about in my 8-Week Blood Sugar Diet book and in these pages when I revealed The New 5:2. The diets result in a rapid change which motivates people to continue.

That said, a rapid weight loss diet will not suit everyone including those under 18, who are not overweight or who have previously suffered from an eating disorder. If you are on medication you should also talk to your doctor before starting. Although 800 calories a day sounds like a ‘crash diet’, Prof Taylor says there is a world of difference between his precise recommendation and those low calorie diets that involve cutting out all food and guzzling glasses of green juice instead.

‘We recommend a planned approach,’ he says. ‘Reduce food intake to 800 calories. Keep it low for eight weeks. Then have a stepped return to eating less than you used to.’

I asked Dick Collard, a friend of mine who lost over three stone on my 800-calorie diet three years ago how he keeps the weight off. ‘It’s quite simple’, he told me. ‘I weigh myself every day, eat a relatively low-carb diet and walk three miles every day. I am never going back to the way I was’. And I wholeheartedly believe him.

Time to give up fruit juice?

When my kids were young, my wife and I banned them from drinking fruit juice. Given the chance, they would drink gallons of the acidic stuff which would undoubtedly do terrible things to their teeth. But a recent survey has revealed that guzzling fruit juice can dramatically increase the risk of obesity too.

Researchers at the Medical University of Vienna questioned 652 children about their breakfast habits, and found that those who drank fruit juice more than three times a week were twice as likely to be overweight or obese than those who didn’t. Children who opted for water slashed their risk of obesity by 40 per cent.

One would think fruit juice is healthy given the quantity of vitamin-heavy fruit, but there are around 100 calories in a small, 200ml glass of apple juice and the equivalent of seven teaspoons of sugar. In addition, it doesn’t satisfy hunger pangs because almost all the fibre is stripped out via the juicing process. It is the fibre that fills you up and slows the rate of sugar absorbion, as well as fuelling the good bacteria that live in your gut.

The lesson must be: eat fruit rather than drinking it.

I am a 55-year-old type 2 diabetic man and have eliminated my diabetic symptoms with diet, following your recommendations. But my GP tells me total elimination of this disease is impossible, even if I undertake the 800-calorie regime. Is she correct?

A plethora of new research by people like Professor Taylor (see above) provides evidence for the reversal of type 2 diabetes using dietary restriction, particularly if caught early. Despite this widely available information, most doctors still remain unaware of the therapeutic power of diet for this condition. A fact sheet detailing both the evidence, and guidance for implementing the diet is available to download from thebloodsugardiet.com. Show this to your GP.

I am keen to try your 800-calorie diet to lose a stone, but I don’t like fruit, vegetables, salad or pasta. I like cod, chicken, meat, eggs, potatoes and tinned tuna/salmon. Can I still do the diet?

A diet filled with fresh fish, lean meat and eggs is a relatively healthy one and most suggested recipes in my 12-week plan feature these ingredients. I would encourage you to have another go at vegetables because they contain lots of fibre and other important micronutrients that can reduce the risk of some cancers, protect your bones and boost the immune system. Try veg when you’re particularly hungry. As as the French say, ‘hunger is the best sauce’.

My 67-year-old wife is gluten intolerant and if she had regular pasta she would suffer stomach cramps, but with spelt pasta, she’d be fine. Is it true that not all gluten is the same?

Gluten intolerance is still an under-researched phenomenon, meaning it’s difficult to decipher if it is gluten, or other ingredients in food that is the direct cause of the gut symptoms. The best way to find out is to remove these foods from your diet and then, gradually reintroduce them – one by one – and record reactions in a food diary.