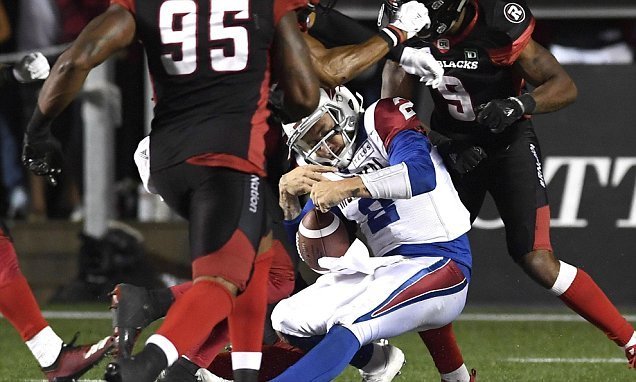 Why head clashes can lead to heart attacks: Concussion stresses the heart to protect the brain

Why head clashes can lead to heart attacks: Concussion stresses the heart to protect the brain

It is now accepted that sport-related concussion can have a direct and significant effect on the functional status of the brain.

But recent research from our laboratory has demonstrated that the heart is also significantly affected.

We believe this change is transient and the heart will go back to ‘normal’.

However, more research is needed to confirm the extent of the damage and how long it will take for the heart to recover.

We also do not know whether there are long-term effects that can potentially lead to cardiac problems in the future. 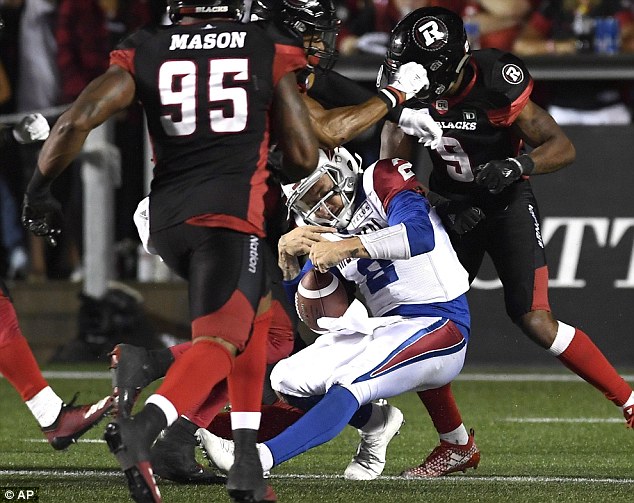 After a concussion, the heart has less variability in number of beats per minute. Scientists say this implies the signal from brain to heart is under tighter control. Pictured: Montreal Alouettes quarterback Johnny Manziel  is tackled by the Ottawa Redblacks, August 2018

Sport-related concussion, or often referred to as mild traumatic brain injury, has been defined as a ‘complex pathophysiological process affecting the brain, induced by traumatic biomechanical forces…’

So you might ask, how is the heart affected when the head takes the blow?

Our heart, like all internal organs, is controlled by our autonomic nervous system (ANS) which resides within the neural network of the brain.

The ANS is responsible for all biological processes that we don’t have to think about, that are done automatically for us – such as breathing, digestion, control over the dilation and constriction of blood vessels and our heart function.

Research has documented that concussion results in symptoms synonymous with the disturbance of the ANS such as nausea and vomiting, headaches, dizziness, vertigo and blurry vision, to name a few.

Some of the initial brain–cardiac research documented that the variability of the heart was decreased.

What this means is that the heart had less variability in the number of contractions (beats) per minute, or stated another way, the beating heart stayed within a smaller range of heart beats.

This implies that the signal from the brain to the heart is under tighter control during concussion.

Tighter control over heart rate would help to stabilize cardiac output. Cardiac output is the amount of blood pumped from the heart each minute.

Stabilizing cardiac output would prevent the over- or under-perfusion of blood pressure and flow to the brain and other internal organs to ensure that the brain will get the correct amount of blood (and pressure) that it needs to assist itself in the healing process.

Thus, it is our hypothesis that a reduced heart rate variability is likely a protective mechanism for the brain. 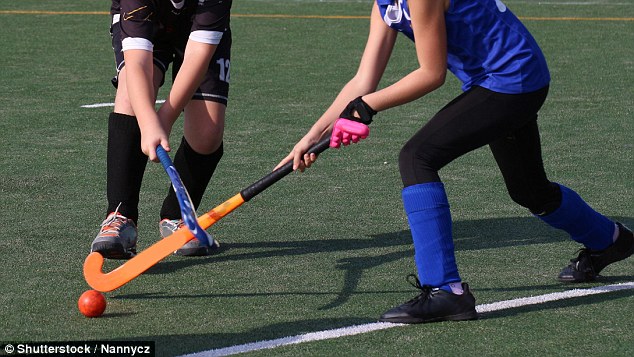 Some recent research from our laboratory would support this hypothesis, as we showed recently that there appears to be a ‘pressure alleviation’ occurring in our blood pressure system when comparing the ‘normal’ healthy brain with the concussed brain.

Pressure alleviation refers to the ability of the body to adjust blood pressure back to normal when it is challenged by a physical event such as squatting down.

In this particular study that we conducted with contact-sport athletes, we had participants perform a squat-stand maneuver where they squatted to 90 degrees with their legs for 10 seconds and then stood up for 10 seconds. This protocol was continued for five minutes.

The results showed that the control group alleviated more pressure (ie, got back to normal faster) and had a significantly greater variation in heart rate during the six to 10 second period of squatting, which was statistically significant.

Overall heart rate variation in the concussion group was significantly lower than healthy controls when standing.

This study provides preliminary evidence that autonomic function is dysregulated following concussion within the initial 72 hours of injury.

Other research has also confirmed our findings that blood-pressure metrics are altered between the concussed and controls under conditions of physical stress.

THE HEART IS ‘MUSHY’ WHEN IT BEATS

Finally, some unpublished research from our laboratory (presented at a scientific conference) using ballistocardiography (or seismocardiography) showed that the timing events of the heart were altered when comparing the healthy and concussion participants.

Ballistocardiography records the mechanical or functional changes related to the beating heart. For example, the timing of the opening and closing of the heart valves, and the contraction (systolic) and relaxation (diastole) phases of the heart.

These results using ballistocardiography are in agreement with the above stated results from the heart rate variability and blood pressure research.

It should be noted that this research was conducted with a limited number of subjects, and further research is needed in this area.