When given alongside pain medication and physical therapy, spinal manipulation benefits 62.6 percent of lower-back pain sufferers after six weeks, a study found today.

This is compared to just 46.6 percent who find their discomfort is eased by medication alone, the research adds.

‘In contrast to most clinicians, chiropractors are specialists in back problems and enjoy seeing patients with lower back pain.

Lower-back pain affects 31 million people living in the US at any one time. 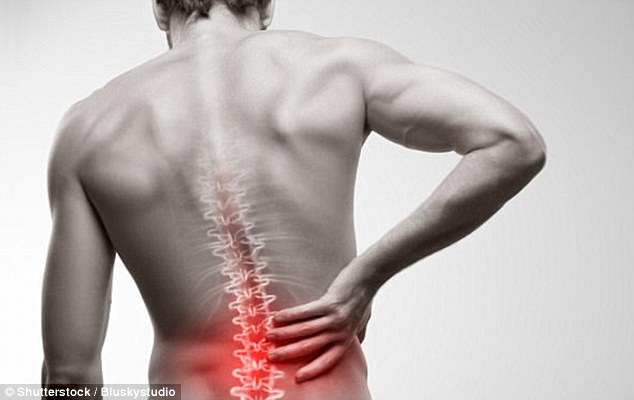 DOES EXERCISE HELP BACK PAIN?

Being highly active reduces the risk of chronic lower-back pain by 16 per cent, research suggested in July 2017.

Regular moderate activity lowers the risk of such discomfort by 14 per cent, a study review found.

Yet, exercise has no impact on short-term back pain or that which causes hospitalisation or disability, the research adds.

Dr Joel Press, physiatrist-in-chief at the Hospital for Special Surgery in New York, who was not involved in the study, said: ‘We were meant to move. We were not meant to be stagnant in any way.

‘Swimming is another low-impact activity that puts less load on your back’.

Dr Press advises back-pain sufferers avoid sports that involve a lot of twisting and turning, such as golf and tennis.

The researchers, from the Finnish Institute of Occupational Health in Helsinki, analysed data from 36 studies that included a total of 158,475 people.

The studies’ participants did not have back pain at the start of the investigations.

Physical activity was defined as sport and intentional exercise, as well as walking and climbing stairs.

The participants were considered active if they engaged in physical activity at least twice a week for a minimum of 60 minutes.

The researchers analysed 750 serving members of the US armed forces from three military sites between September 2012 and February 2016.

Some of the participants were just given the standard lower-back pain care of medication and physical therapy for six weeks.

The remainder were given standard care alongside chiropractic sessions, rehabilitative exercises, and hot and cold therapies.

All of the participants’ pain and disability levels were assessed before and after their treatments.

The findings were published in the journal JAMA Open.

‘This trial provides additional support for the inclusion of chiropractic care as a component of multidisciplinary health care for low back pain, as currently recommended in existing guidelines

‘Changes in pain intensity and disability reported by US military personnel in this clinical trial that supports usual medical care plus chiropractic care for low back pain are consistent with existing literature on spinal manipulation therapy in both military and civilian populations.’ 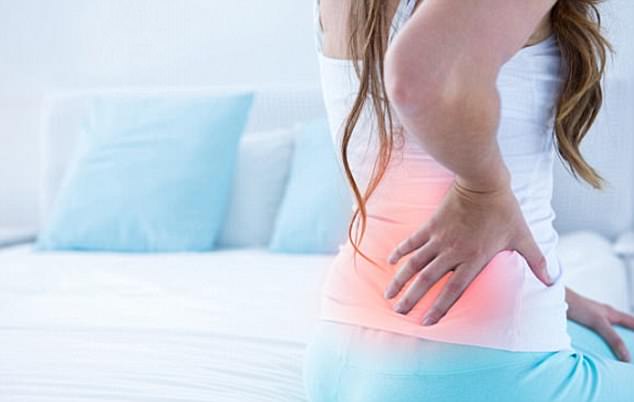 When given alongside pain medication, spinal manipulation benefits 62.6% of sufferers (stock)

Back pain may be psychological

This comes after research released last September suggested back pain may be psychological.

People over estimate their lower back discomfort, a study found.

Lead author Dr Tasha Stanton, from the University of South Australia, said: ‘People with chronic back pain and stiffness overestimated how much force was being applied to their backs.

‘This suggests that feelings of stiffness are a protective response, likely to avoid movement.’

The researchers analysed 15 people with chronic lower back pain who reported feelings of stiffness.

The study’s participants rated their stiffness from ‘not stiff at all’ to the ‘most stiff imaginable’.

These participants were compared against 15 volunteers without such complaints.

The researchers carried out three experiments. The first applied pressure to the spine to determine its stiffness.

In the second experiment, the participants received a force that they were asked to score.

The third experiment assessed whether adding sounds to the perception of pressure changed the participants’ stiffness.