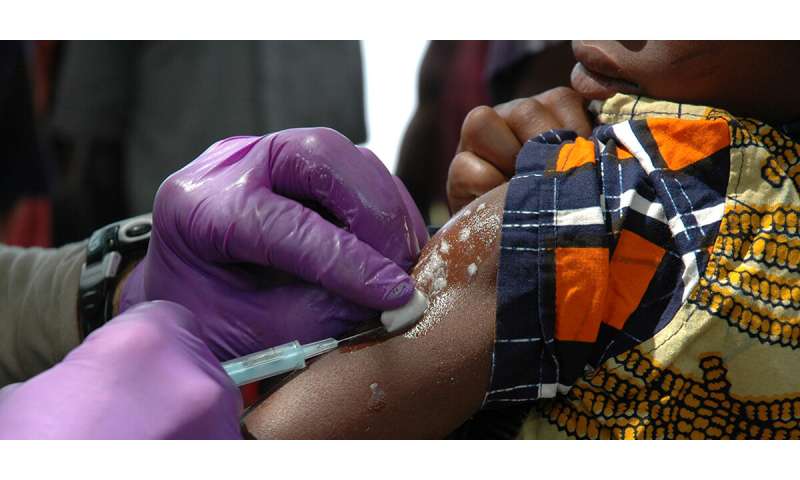 Giving people access to nurses in their own communities is reducing the child mortality rate in Ghana, offsetting the health disadvantage amongst poor and uneducated mothers, according to a study in SSM—Population Health. Researchers from the University of Ghana, Columbia University in the US, and the Navrongo Health Research Centre in northern Ghana, were recently presented with the Atlas Award at a special ceremony to recognize the impact the study’s findings is having on people’s lives across Africa.

For every 1,000 babies born in Ghana, nearly 50 will die by the age of five; only a few decades ago, the child mortality rate was more than double this1. It is known that children whose mothers are uneducated and poor are at a higher risk of dying because they don’t have the means to travel to healthcare facilities.

“When women are educated, they are capable of accessing information that will help them make the right choices to ensure that their children live,” said Dr. Ayaga Bawah. “We wanted to see the extent to which Ghana’s intervention could serve as not just a way to reduce child mortality, but to bridge the equity gap between the rich and the poor by reducing the power of education in this context.”

In the 1990s, Dr. Ayaga Bawah, senior lecturer at the Regional Institute for Population Studies at the University of Ghana, and his colleagues showed that giving people access to healthcare services in their own communities reduces child mortality in Ghana. On the basis of their research, the government issued a policy across the country, putting healthcare services in rural communities.

Scaling-up the intervention wasn’t uniformly successful, as some of the factors were adjusted in different places. Years later however, Dr. Bawah and his colleagues worked on a project to determine the best way to approach community healthcare and to assess its impact on the poverty gap.

In their study, Dr. Bawah and colleagues assessed the long-term impact of the community healthcare intervention on the mortality of 94,599 children under the age of five, between 1995 and 2010. They looked at the impact of the intervention, following four strategies: training volunteers to promote health in communities; placing qualified nurses in communities; combining volunteers and nurses; and a control situation where there was no community intervention.

They found that when nurses are available in the community, the increased risk of child mortality for uneducated, poor families is offset—in other words, all families had the same risk of child mortality, regardless of their economic status or education level. They also showed that when only volunteers are available, the benefit was limited to relatively advantaged households.

The results give a clear signal that nurses working in the community have a significant impact on reducing child mortality and closing the poverty gap.

“Given the compelling evidence, we teamed up with the government of Ghana and we are scaling the model up to the rest of the country,” said Dr. Bawah. “We’ve got funding to start with a few districts and make sure that they get the concept right, and then those will become ‘learning localities’ where other districts can learn, causing a cascading effect.”

By putting this system in place, Dr. Bawah hopes to make as wide an impact as possible, reaching not only Ghana but countries throughout the African continent.