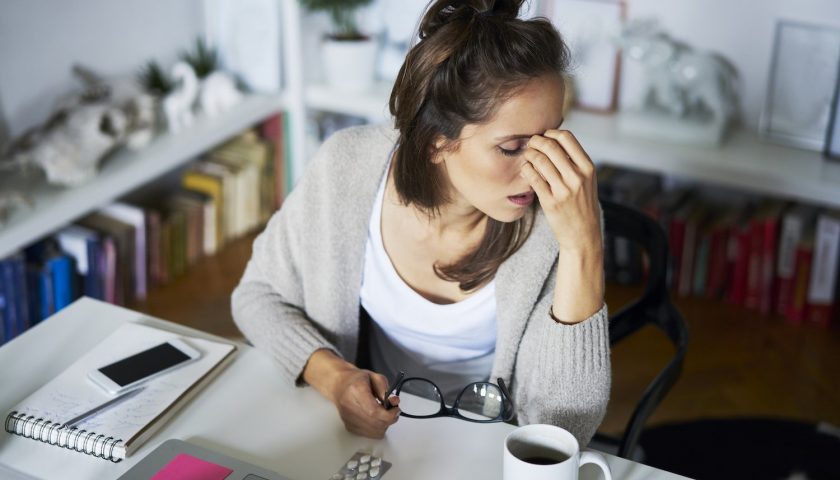 By now we (should) all know that not drinking enough water is just plain bad for our bodies, with dehydration proven to cause headaches, increased hunger, and slower metabolism (to name only a few issues). In addition to this, an analysis of multiple studies has found that dehydration can also be the reason behind brain fog and a lack of attentiveness.

Not only does that fuzzy feeling make it harder to solve problems, it can be extremely dangerous for those working with heavy equipment or machinery.

Researchers at the Georgia Institute of Technology analysed multiple peer-reviewed studies on dehydration and cognitive ability. They found a strong correlation between decreased attention, coordination and problem solving and dehydration.

“The simplest reaction time tasks were least impacted, even as dehydration got worse, but tasks that require attention were quite impacted,” said lead author Mindy Millard-Stafford.

In studies analysed, test subjects increasingly made errors during attention-related tasks, especially ones that were repetitive. When applied to real life, monotonous or repetitive tasks like answering emails, driving or operating machinery are most affected says Mindy.

Depending on your field of work, this could mean zoning out during a meeting or being in a potentially fatal accident.

Whilst there’s no rule as to when attention starts dropping off as a result of dehydration, the researchers found that errors were more frequent after a two percent loss of body mass due to dehydration.

“There’s already a lot of quantitative documentation that if you lose two percent in water it affects physical abilities like muscle endurance or sports tasks and your ability to regulate your body temperature,” says Mindy. “We wanted to see if that was similar for cognitive function.”

Acute dehydration can not occur only from a lack of fluids, but also during exertion from lifting heavy objects and hot weather or working outside in the sun.

According to Mindy, individuals who weigh 90 kilograms lose roughly 1-2 kilos when exercising, which is two percent body mass. This is usually water lost through sweating, and can happen quicker when the temperature is hot and humid.

It may not sound like a lot, but two percent is all it takes to start affecting cognition. More than two percent will result in more severe fatigue and nausea.

“If you drop 4 or 5 percent, you’re going to feel really crummy,” says Mindy. “Water is the most important nutrient.”