Repeated blows to the head force kickboxing champion and father-of-four, 42, to retire from the sport after developing a brain condition which leads to dementia

A 42-year-old former kickboxing champion has been forced to retire from the sport after developing a brain disorder that leads to dementia.

Alan Prout, a father-of-four from Colchester, was a kickboxer for 29 years before he started to suffer from severe headaches, memory loss, anxiety and mood swings.

He has now been diagnosed with chronic traumatic encephalopathy (CTE) – a debilitating brain disorder which can lead to dementia.

The condition is caused by repeated blows to the head and has caused a scandal in American football, where numerous dead former players were found to have had it.

Now, Alan says he sometimes forgets to pick up his children from school and burns his hands because he doesn’t remember to use oven gloves.

His wife of 16 years, Melissa, says the worsening condition is tough on the family and she feels as though she has ‘lost part of Alan’. 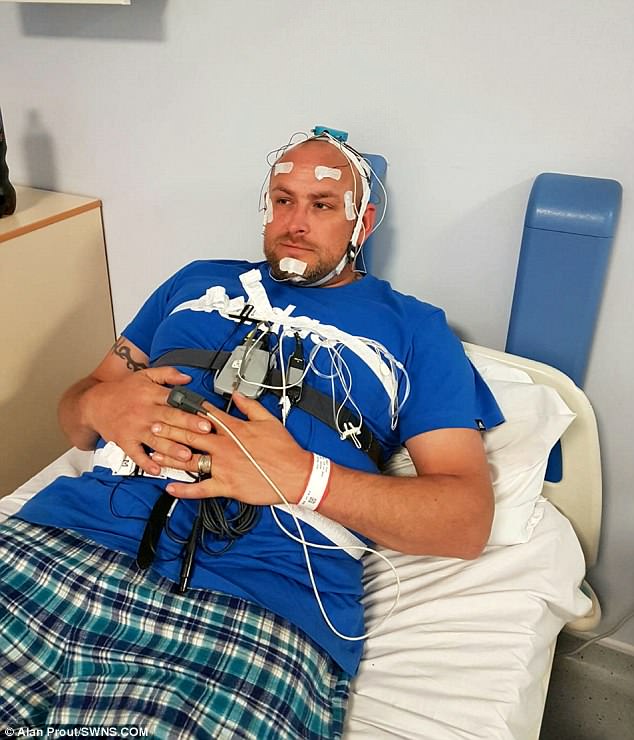 Alan Prout, 42, has been diagnosed with CTE – a brain condition which has similar symptoms to Alzheimer’s disease. He blames it on his decades of kickboxing

Mr Prout believes the blows he suffered to his head during nearly three decades of fighting are what left him suffering from the degenerative brain disorder.

He is now warning other people involved in physical contact sports about CTE, because he says it is hard to recognise when someone is suffering from it.

The condition cannot be cured and gets progressively worse over time.

Mr Prout said: ‘Awareness needs to raised about this. Every day is a learning curve for me. Nobody expects it to happen to them – they don’t expect the brain injuries.

‘I hadn’t even heard about CTE but having it has taken away the glory of the wins and the boxing.’ 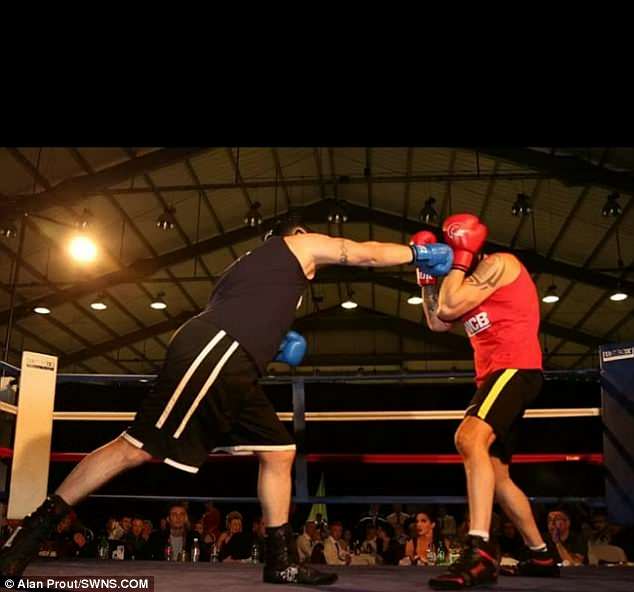 Mr Prout now relies on his wife to help him with everyday tasks.

He added: ‘She is under more pressure than I am. My boys and my wife are my life and without Mel my life would fall apart.

‘I forget to pick the kids up from school’

‘It is difficult because I forget the normal things like picking the kids up from school.

‘It’s not nice, my wife will get a phone call from the school saying I have forgotten to do something and then she will have to sort it all out.

‘I have burnt myself a lot as well because I forget to use an oven glove when taking a hot tray out of the oven.

‘It is really hard to deal with.’

CTE is also known as punch-drunk syndrome, and occurs when repeated blows to the head – even minor ones which don’t cause concussions – cause a build up of proteins in the brain which affect its normal function. 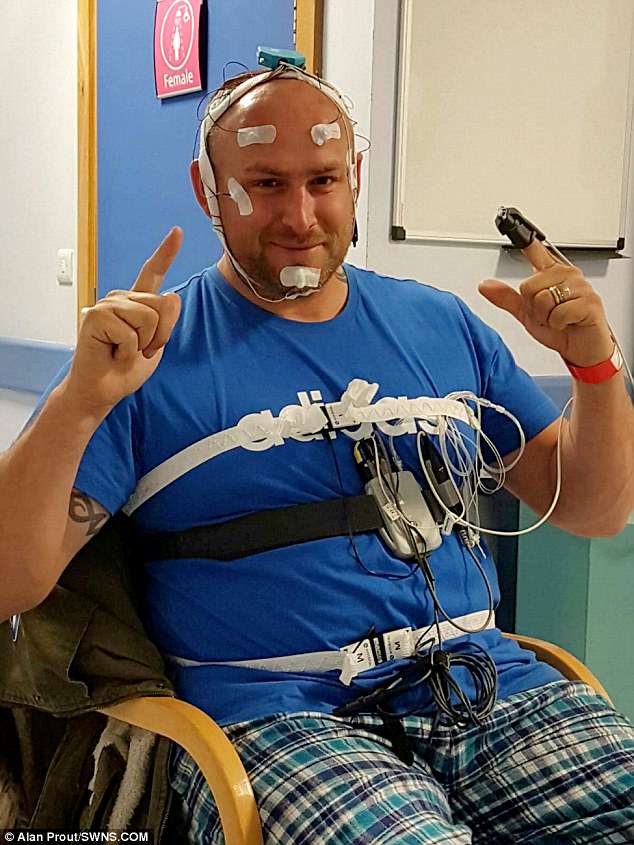 Mr Prout now suffers from anxiety, depression, memory loss and mood swings as a result of his condition, which is incurable and will get progressively worse as he gets older 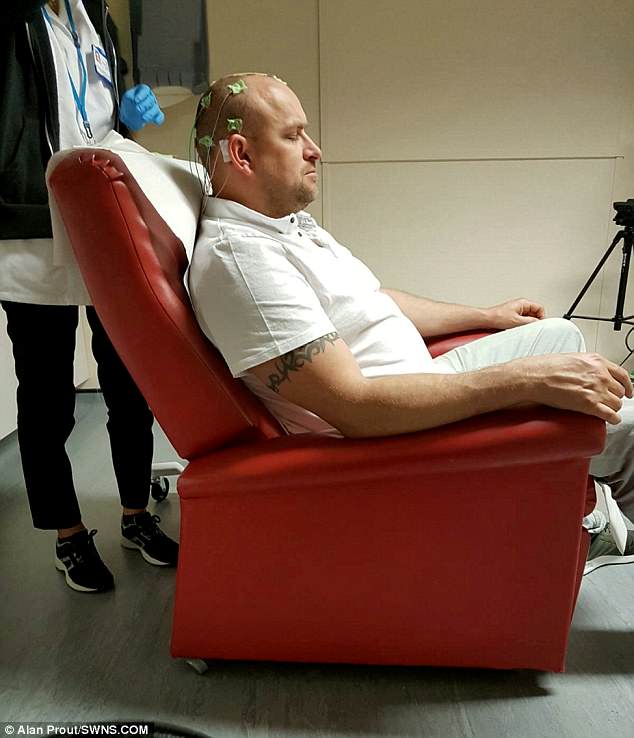 Mr Prout’s condition is tough for all his family to deal with, his wife says, and she says she feels like she has lost part of her husband 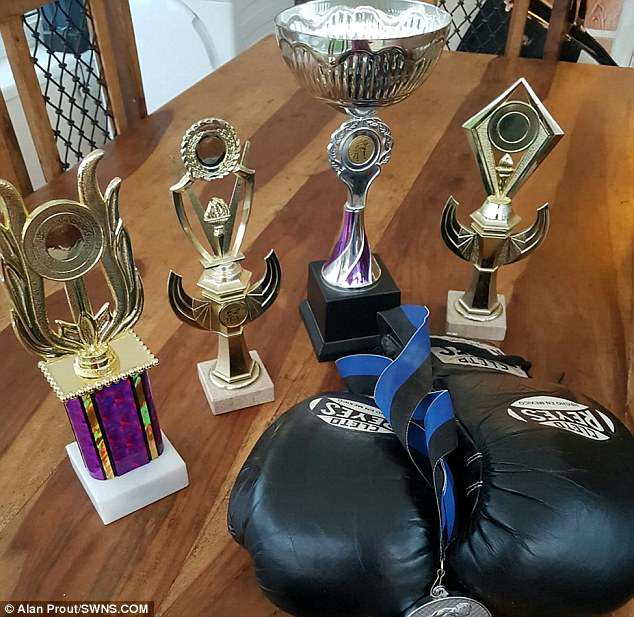 Mr Prout says he did not know about CTE before he was diagnosed with it, and more people in contact sports need to be made aware of the real dangers of blows to the head

Symptoms are similar to those of Alzheimer’s disease and include confusion, aggression, mood swings, paranoia, anxiety, depression and they can eventually progress to dementia.

There have also been claims the condition causes suicidal thoughts, after a number of NFL players with CTE killed themselves.

HOW CTE LEADS TO AGGRESSION, EXPLOSIVENESS, SUICIDE AND MEMORY LOSS

Chronic traumatic encephalopathy (CTE) is a degenerative brain disease that is caused by repeated hits to the head.

HOW DOES IT AFFECT BEHAVIOR?

Researchers are still unclear on how CTE affects behavior, but a growing swell of studies is offering some answers.

Mrs Prout adds:  ‘We are unsure when symptoms officially started but it could have been for the last ten years.

‘He started having really bad headaches and he went to the doctors.

‘But because it took so long going back and forth [before he was diagnosed], it is hard to say when he actually started having the disease.

‘It is tough for all of us.

‘The kids want to tell their dad if they are doing well at school but they know he will forget by that evening. They understand, but it is hard.

‘I feel almost like I’ve lost part of Alan. We used to be quite social and would go out together but recently the anxiety side of it has stopped him wanting to go places.’

Mr Prout was undefeated as a fighter and won titles in the World Kickboxing Association (WKA) and International Sport Karate Association (ISKA).

He headlined fight cards in the Circus Tavern in Purfleet and trained at Aveley Kickboxing, an academy based in Essex.

Mrs Prout adds: ‘It is difficult to watch Alan suffer as he loved the sport so much and can’t do anything.

‘But people do need to understand the side effects, I would especially never let my children do the sport because it is not worth it.

‘We just want to help others and educate people who may be suffering from the disease.’

Mr Prout says: ‘It is a not very nice disease but it could be worse.

‘I can deal with it for now it is just something I have to live with; it will never get any better.’

According to Brainline for every 10 people who do have a brain injury, approximately three people will have depression.