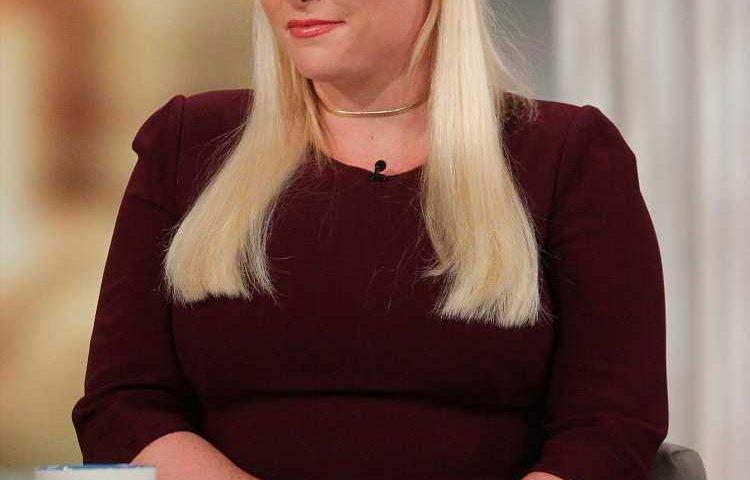 Meghan McCain is opening up further about experiencing a miscarriage.

The View co-host and daughter of the late Sen. John McCain sat down for a candid interview on Good Morning America that aired Wednesday, where she recalled some of the conflicting feelings she had over losing her baby girl.

“I’ve always been agnostic about having kids,” she said. “I don’t feel naturally maternal. I don’t feel this natural draw to motherhood. And I think my response and how sad I felt afterward surprised me.”

Meghan, 35, revealed in July that she had been pregnant with a daughter for her and husband Ben Domenech, but subsequently suffered a miscarriage. She called the loss a “horrendous experience” at the time, adding that she “would not wish it upon anyone.”

“Nobody talks about this kind of stuff,” Meghan said in her Wednesday GMA interview. “The only experience I’ve ever had on TV when women are pregnant is streamers and excitement, which is wonderful and amazing, but I just think there’s a lot of other women out there who have my experience and you are not alone.”

Meghan McCain Was “Petrified” to Reveal She Had Suffered a Miscarriage: “Don’t Feel Bad for Us”

Meghan recalls the “very strange circle-of-life experience” she had over this past year, particularly during the summer — a season that was book-ended by tragedy, with the death of her dad in August 2018, at the age of 81, and the miscarriage happening this past summer.

“I always describe it as the inverse of losing my dad, because my dad was the ending of a beautiful, long-lived life and I grieve that, and the way I grieved having a miscarriage and grieved my daughter was what could have been, and grieving that part,” she explained.

The television personality admits she was “very, very, very hard on” herself in the aftermath of the loss, initially blaming everything from “the stress of my life” to “being older” and even her “personality.”

“Oftentimes, as people [tune] in to the show, they probably think that we’re leading these perfect lives and everything’s wonderful, and there’s actually a lot of intensity in any human’s life,” Meghan said. “And I just thought, after I had my miscarriage that I should talk about it.”

“I just want people to feel less alone because I felt very, very alone during the entire experience,” she shared. “And afterward, I just felt like I have this huge platform — why not use it to help other women feel less alone?”

CBS Correspondent Shares Story of Miscarrying While Reporting on 2017 Wildfires: “I Blamed Myself”

In her New York Times op-ed (published in July) where she revealed she had miscarried, Meghan said that her pregnancy had been unexpected, and remembered feeling like her body was “a rock-strewn wasteland in which no child may live” after the loss.

Revealing that her miscarriage had occurred a few weeks previously, Meghan wrote that she will always have “love for my child,” continuing, “To the end of my days I will remember this child — and whatever children come will not obscure that.”

She also thanked fans for their support on social media following her sad announcement, writing, “My hope is by continuing to share grief and loss, and addressing these taboo subjects head on it will help people who have experienced the same to feel less alone. None of us are alone in this.”

“I was petrified to share my story publicly but I never, ever let fear dictate my life choices. I will always take the leap, I will always roll the dice,” Meghan said.