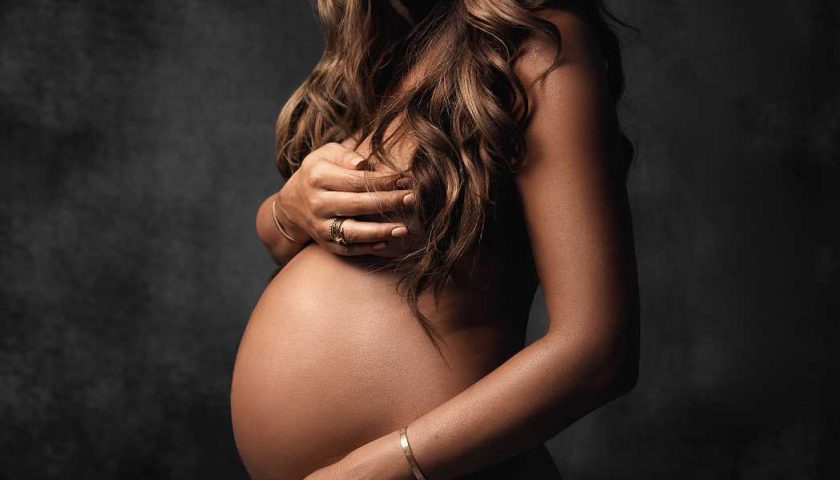 Nikki Sixx‘s wife Courtney couldn’t be a more glowing mama-to-be — and now he has the pictures to prove it.

The Mötley Crüe bassist, 60, was the photographer during a recent maternity session that captured his wife, 33, in her final weeks before the couple are set to welcome their first child together: a daughter they plan to name Ruby.

“I’ve been not only a musician but a photographer for decades,” Nikki tells PEOPLE, sharing exclusive images from their shoot. “As Courtney and I were planning our pregnancy, I was also planning on building a new photography studio. As soon as the studio was finished, I came up with concepts for the pregnancy shoot so our daughter would have them for her memories.”

“I am a Leica camera fanatic and put my SL to the test,” adds the proud father-to-be. “Court was a champ. It was a long day and she beamed the whole time. What a great memory for us, as well.”

Courtney showed off her bare baby bump in a variety of looks for the shoot, including topless in jeans, draped in various fabrics and going completely nude.

And according to the How2Girl blogger, the entire shoot was her husband’s idea — not that she has any regrets over agreeing to do it. In fact, she’s “thrilled” with how the pictures turned out.

“I loved the idea of our daughter Ruby having pictures of this very special time to look at as she grows up, but I was a little self-conscious about shooting being nine months pregnant,” she tells PEOPLE. “This wasn’t just any photographer — this was my husband. He told me not to worry, that the photos could be touched up if necessary, and I explained to him I wasn’t worried about what anyone else thought. I wanted to look beautiful for him.”

To help add to the final product, her “seriously talented husband” created the perfect setting. As Courtney explains, “He worked his butt off creating gorgeous and flattering lighting schemes for the shoot, which made me feel really beautiful and very comfortable and at ease with posing with my ever-growing belly.”

After tying the knot in March 2014 after three years of dating, Courtney and Nikki announced they are expecting their first child together in January.

“What a great way to start off 2019 for Courtney and me,” he told PEOPLE at the time. “I am so excited knowing that I’m not going to be touring during the pregnancy, which makes it even more special.”

“My wife is going to make the most amazing mom ever and our whole family is beyond excited,” the musician raved.

While Ruby will be Courtney’s first child, Nikki (whose given name is Frank Carlton Serafino Feranna, Jr.) is also dad to Frankie-Jean Mary, 18, Decker Nilsson, 24, Storm Brieann, 25, and Gunner Nicholas, 28.